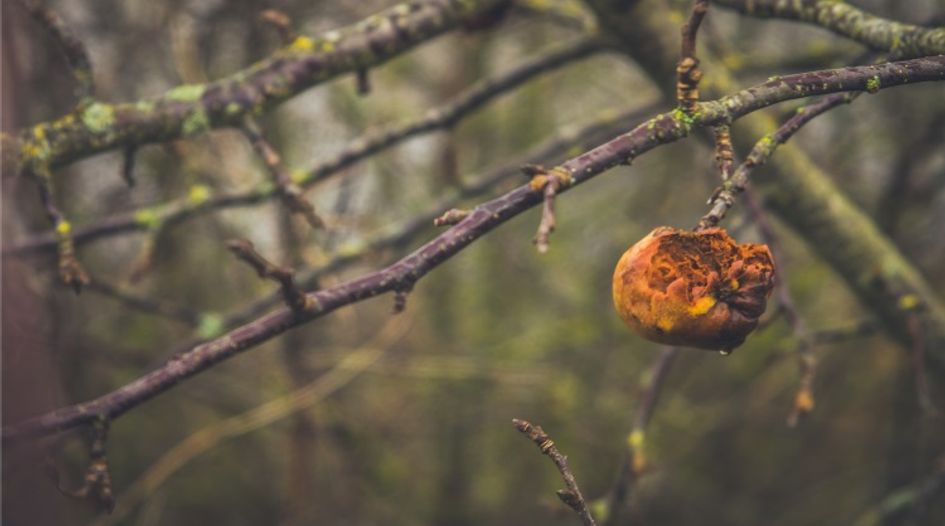 Apple has a long track-record of seeking to disrupt SEP licensing practices for its own ends, argues Kidon IP’s David Cohen in this opinion piece

Well it finally happened.  Notwithstanding a previous settlement with Apple, the Northern California district court overseeing the FTC’s case against Qualcomm issued a blistering, 233-page judgment against the company’s SEP licensing practices.  Some have argued that this ruling is just one more step in Apple’s long play attempts to kill SEP licensing – the technology that has put the “phone” into the iPhone.  To better understand this claim it is worth looking back at Apple’s history with respect to these types of patent.

Apple is a very heavy user of cellular technology but contributes virtually nothing to its development.  Perhaps as a result, ever since Apple got involved in the Patent Wars in 2009 and 2010 it was clear that it was very keen - and keen for a very long time - to use every argument possible to pay lower SEP royalties.  This was true in its fights with Samsung and Motorola, both of which predate its litigations with Qualcomm.  Indeed, it has been argued that since at least 2009 or 2010 Apple had a plan  to use the antitrust laws and regulators as a cudgel to lower not only lower SEP royalties but to prohibit their owners from monetising them in any way – arguing that selling one is a per se violation of antitrust.  This is to saying nothing of their strong-arming of Apple’s suppliers to harm Qualcomm.

Apple has never looked keenly on SEPs. Although a 2012 Fordham University study found Apple to be by far the most aggressive patent litigator (way more than PAEs – see table 7),  in 2012 Tim Cook argued that it was “fundamentally wrong” to sue people over SEPs.  Yet he pursued a highly questionable design patent litigation against Samsung to the US Supreme Court where a single patent ended up with over a half a billion dollar judgment. This was a quarter of what Apple paid Nokia in 2017, or roughly three-quarters what Apple paid up-front to the Finnish company in 2011, for a licence to all of its 13,000+ SEPs.  This was doubly ironic, as it was recently revealed that Apple senior engineers believed that Nokia’s portfolio was “significantly weaker than Qualcomm’s”.

It is pretty clear that Apple doesn’t contribute to cellular standards. The paucity of SEPs in Apple’s portfolio – other than as an assignee it barely rates a mention in IPlytics 2016 study of SEPs  – is proof of that.   This fact lends credence to the strong rumours that Apple’s primary goal in SEP licensing and litigation has been to eviscerate the entire ecosystem.  As we have argued elsewhere, since at least 2014 Apple has engaged in a lobbying campaign to solidify the principle that FRAND royalties mean low prices.

The cognitive dissonance of Apple’s deep involvement with Rockstar aside, Apple’s ability to talk out of both sides of its mouth with respect to SEPs reached a new level in the more than 80 Qualcomm/Apple litigations.

During the opening arguments in the most recent trial between Apple and Qualcomm concerning global FRAND terms, Qualcomm presented Apple internal memos stating that Qualcomm’s engineering  – according to Apple’s vice president of hardware, Johny Srouji – was “the best” and that Qualcomm had a “unique share” of all SEPs and “significant holdings”.  These documents belie Apple’s many attempts over the years to denigrate Qualcomm technology and IP.

Apparently, too, Apple had to actually cripple iPhones with Qualcomm chipsets so that they would perform at the same (inferior) level as Intel chips.  Even more troubling was that Apple had been planning to sue Qualcomm as far back as 2014 but waited until the end of 2016 - by which time Qualcomm had made billions of dollars in payments to Apple as part of a business cooperation agreement.  What was Apple’s long-term goal?  The documents make it plain: “Reduce Apple’s net royalty to Qualcomm” by “Hurt[ing] Qualcomm financially” and “Put[ing] Qualcomm’s licensing model at risk”.

One way that Apple tried to structure victory in its SEP claims was to point to allegedly comparable SEP licences which, it said, illustrated that Qualcomm leveraged its position to overcharge for use of its patents.  This strategy was precisely designed to create the hazard - astutely noted by Richard Vary in the context of the Ericsson v TCL decision - that larger implementers like Apple:

This use of IP licensing to aid its business disputes brings to mind Apple’s conspiracy with publishers to price-fix ebooks.

Beyond trying to create bad licensing comparables, to cause immediate pain to Qualcomm Apple instructed its contract manufacturers, which build its iPhones, computers and other products, to stop paying Qualcomm royalties for patent licensing agreements. According to Qualcomm’s counsel, Apple meticulously planned this move and was well aware that its actions could be found to be tortious interference with Qualcomm’s contractual relations - and could put Apple and the manufacturers at risk for willful infringement.  Given Apple’s propensity to act with impunity towards vassals – for example removing without explanation at least 11 of the 17 most downloaded screen-time and parental-control apps to avoid competing with its own product or forcing changes to third party apps that made them less useful than Apple’s tool – Apple’s behaviour toward the contract manufacturers is not surprising.

What is very troubling about this entire Apple exercise is how the company also managed to capture the regulators and got the Federal Trade Commission to advance Apple’s cases against Qualcomm over vigorous dissent. What’s more, it had one of its trial lawyers from its go-to firm for SEP litigation co-author a “working paper” that makes ridiculous claims about the total SEP royalty stack which somehow got picked up and swallowed whole-cloth by EC Commissioner Vestager – despite significant contrary evidence – and likely caused significant damage.

Perhaps Apple’s behaviour should not surprise. Some have argued that the entirety of Apple’s historic growth strategy from 1980s until today has been premised on capturing the conversation (for example, by helping to fund a fabricated theory of antitrust and taking advantage of lax or misguided enforcement to acquire potential competitors before they are a threat).

With the Apple/Qualcomm litigations settled, Intel out of the 5G market and, frankly, the FTC’s claims against Qualcomm undermined by the evidence, the only party that stands to benefit from the FTC’s attempt to completely rewrite the rules and practices of decades of SEP telecom licensing  is Chinese powerhouse, Huawei.  Such an outcome should make the FTC and other national regulators very, very wary of wading into private business disputes between large companies.  It is hard to justify – especially in this era of IP-focused trade disputes when government actions could have the effect of eviscerating a domestic industry in favour of a foreign national champion.

One can only hope that regulators are waking up to how they have been repeatedly played.  Unfortunately, the Department of Justice was unable to prevail upon the judge overseeing the FTC case against Qualcomm; while the FTC still appears to be under Apple’s rotten spell.