Reward and remuneration for service inventions

As international enterprises increasingly set up their own R&D teams in China, it can be expected that more and more inventions will be made in the country. Multinationals should thus familiarise themselves with the reward and remuneration regime for service inventions, to reduce the risk of disputes arising.

The Patent Law provides that the right to apply for a patent for a service invention rests with the employer. In parallel, the law protects the employee’s right to reward and remuneration as the inventor/designer.

Article 16 of the law provides that the employer must issue the employee-inventor with a reward for the service invention and, upon exploiting the patent, must pay the employee reasonable remuneration according to the scope of application and the economic results achieved.

Rule 76 of the Implementing Rules of the Patent Law enshrines the freedom of contract concerning reward and remuneration. Rules 77 and 78 provide that any contract which exists in this regard shall prevail. These provisions further set out the statutory levels of reward and remuneration in the absence of a contract, as follows:

As awareness of legal rights and responsibilities in the employment context grows, employees and employers are increasingly opting to resolve their disputes over service inventions in court, especially when these relate to ownership or compensation.

The basic principle, as enshrined in the Patent Law, is the statutory requirement for payment of a “reasonable” reward and remuneration to the employee. As to how this reasonable remuneration should be calculated, however, different laws set out different requirements. For example, the Implementing Rules of the Patent Law provide that in the absence of an agreement, the remuneration should be no less than 2% of the annual operating profit generated through exploiting an invention patent. In the recently released Law on Promotion of Transformation of Science and Technology Achievements, by contrast, the minimum remuneration that a state-maintained research institute or college should pay is pegged at “at least 50% of the profits” generated from patent assignment or licensing (Article 45). Both statutes respect the freedom of contract and confirm that any contract or agreement on the issue will prevail.

As yet, no unified standards have been established on what constitutes reasonable remuneration in IP or civil lawsuits. However, in 2013 the Shanghai High People’s Court issued Guidance on Hearing Rewards or Remuneration Disputes over Service Inventions Made by Employee-Inventors or Designers in order to harmonise the application of law among the Shanghai judiciary. This guidance may shed some light on the practice, even though it is not a nationwide standard.

Article 4 of the guidance recognises and respects the freedom of contract, and provides that “the agreement may not limit to the amount of a reward or remuneration, but also may include the manner to reward or remunerate”. It further states that “various forms of rewards and remunerations can be adopted, such as cash, stocks, share options, a promotion, an increase of salary, paid leaves or any other forms that comply with the principle of reasonableness under the Patent Law”.

Article 6 of the guidance provides that:

In general, it should be deemed as reasonable if the agreement of reward or remuneration for service invention is formulated by an enterprise based on its nature, e.g., R&D attributes of the industry, purpose of the patent application, features of the patent exploitation, etc...

Article 9 of the guidance provides that when making a determination according to the statutory standards, “the minimum statutory standard for service invention is a duty that the employee entity should carry out; however, supporting a reward or remuneration for more than the minimum statutory standard is not a legal obligation”. It goes on to state that “the amount (of reward and remuneration) upon agreement can be higher or lower than the statutory standard”; and that (in the absence of an agreement) the court will not support the employee claims for excessive proportion of remuneration which is calculated by a percentage bigger than the prescribed minimum (note: referring to Rule 78 of the Implementing Rules of the Patent Law – for example, at least 2% of operating profit per annum).

In December 2015 the State Intellectual Property Office (SIPO) published the draft Fourth Amendment to the Patent Law for public comment.

It is clear that the draft subjects employers to stricter requirements in this regard; they should thus make efforts to understand their resources and take appropriate action to formulate a strategy to protect their intellectual assets.

In 2012 China began drafting the Service Invention Regulations, which set out more specific provisions on service inventions. The draft had gone through several revisions by the end of 2015 and must now be finalised for the State Council’s review – although at present it is unclear when this will happen. Comprising seven chapters and 44 rules, the draft regulations reiterate the principle that any agreement should prevail and further stipulate that such agreements should not limit or nullify employees’ rights.

In the absence of any agreement, Rules 20 and 21 of the draft set out the statutory levels of reward and remuneration as follows.

Rule 20 provides that if there is no contractual agreement between the employer and employee, and no company policy on reward and remuneration, the employer should reward employee-inventors upon obtaining protection for an invention as follows:

Rule 21 provides that if there is no contractual agreement between the employer and employee, and no company policy on reward and remuneration, the employer should remunerate employee-inventors as follows on exploiting an invention:

The total amount of cumulative remuneration payable is capped at 50% of the total operating profit generated through exploiting the invention.

Remuneration from assignment or licensing

Rule 21 provides that if there is no contractual agreement between the employer and employee, and no company policy on reward and remuneration, the employer should remunerate employee-inventors with at least 20% of the net income generated through assignment or licensing.

The draft also expands the types of IP right that entitle employee-inventors to reward and remuneration to include new plant varieties, integrated circuit layouts, computer software and trade secrets. It also sets out the management mechanism which an employer should follow from creation of an invention to exploitation of the IP rights, and specifies the duties of both employer and employee in the course of this process.

Multinationals that recruit R&D staff in China should establish and implement their own policies on reward and remuneration for service inventions, which should address the following questions at a minimum:

The terms and conditions in the agreement should be reasonable; any waiver of the employee’s right to remuneration will likely be considered unfair and voidable.

Since the laws and regulations respect freedom of contract, policies can be written down in either an employment contract or a company policy document. It is essential from a procedural standpoint that any policy be fully acknowledged by the employees. Accordingly, any policy document should be executed following discussion with employees and then publicly announced to all employees.

The policy should also be implemented effectively. The employer may consider developing a system for overall management of the process, from conception to exploitation of the invention. This can be as simple as setting up documentation forms which require employee-inventors’ signatures as acknowledgment at each step in the development of a service invention.

For example, an employee-inventor may be required to:

The employer may consider including the corresponding policies, or at least their key points, in these forms, so that the employee’s signature serves as confirmation of not only his or her participation, but also his or her acceptance of these policies. The employer would also be well advised to mark each payment with:

The employee’s signature should also be required to confirm his or her acknowledgement and agreement in this regard.

The ongoing drive to turn China into an innovation nation means that protection of individual creativity and ingenuity will likely increase in future. Regulations and practices regarding service inventions should thus be further reinforced in the coming years. Companies engaged in R&D should keep an eye on developments and adjust their internal operations to comply with the relevant requirements. 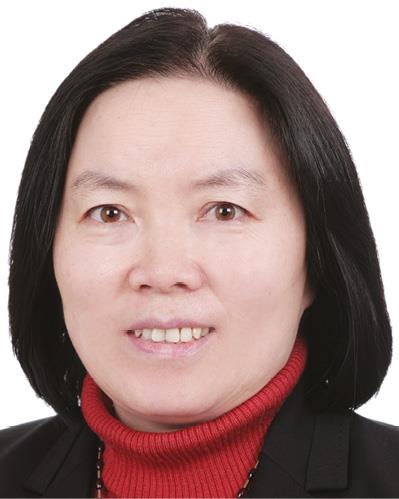 Xia Zheng is president and founder of AFD China, and a patent attorney, trademark attorney and attorney at law. She started her career in IP practice in 1987 and practises in many areas of the field, especially IP strategy, prosecution, post-grant proceedings and IP-related litigation.

Ms Zheng participates actively in the industry and has been named an IP Star of 2015, Beijing Outstanding Patent Attorney of 2014, an Excellent Legal Professional of Haidian in 2012 and an Excellent Patent Professional of CAS in 1997. She was honoured for her contributions to the Chinese patent and IP industries in 2010. She was also elected as a director of the All China Patent Agent Association and the Beijing Patent Attorneys Association. 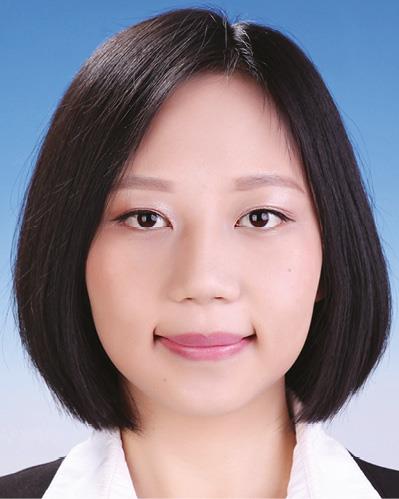 Mengmeng Yu is an associate with AFD China. She is a patent attorney and a registered plant variety rights agent. She focuses her practice on IP prosecution, counselling and search and analysis. Her patent practice concentrates on a diverse portfolio of technologies in the life sciences and biotechnological fields. Her role in the firm also includes acting as a client and media liaison to maintain supportive partnerships with overseas clients, and arrange media exposure and publicity.

Dr Yu holds a doctorate in biotechnology and a BEng in food science. She also worked as a visiting scholar at the Beltsville Agricultural Research Centre of the US Department of Agriculture, where she trained as a chemical analyst in 2009-2010.