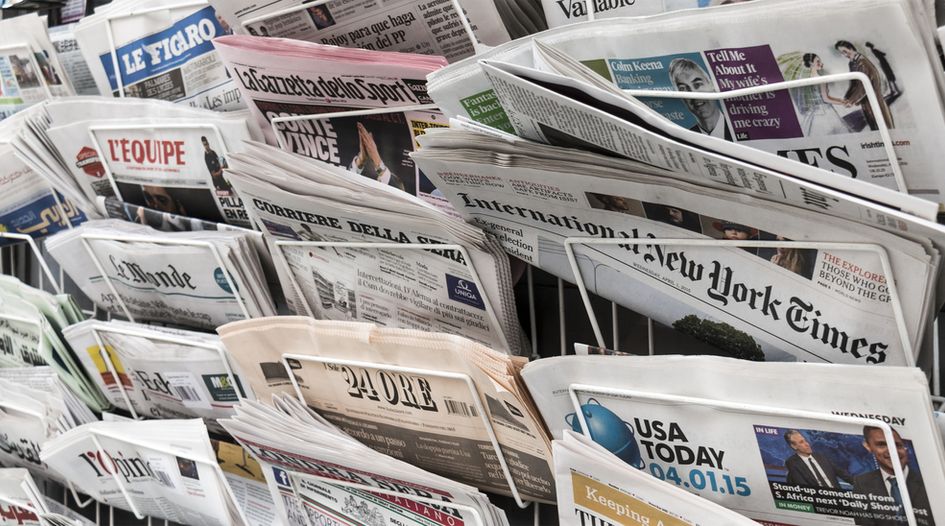 Typically, IP owners like to keep their cards close to their chest. While they might be happy to make some information public they are not usually the types to divulge much information about the state of play with, say, their licensing deals or lawsuits. For many companies that makes sense – after all, for the most part they are support functions there to help the wider business achieve its goals.

In recent months, however, there have been growing signs that some rights owners are taking a more proactive stance when it comes to PR. Earlier this month, the head of Nokia Technologies, Jenni Lukander, published a blog on the company’s website laying out the telco’s approach to licensing its patents to the auto sector.

Nokia is currently engaged in a tough battle with Daimler and a host of tier 1 auto suppliers which have accused the Finnish company and the Avanci licensing platform of which it is a member of, among other things, anticompetitive practices. The resulting legal fight on both sides of the Atlantic is raising a host of familiar licensing questions. These are only going to loom larger in the coming years and include issues such as whether licensors should license OEMs or go further down the supply chain. Nokia and other SEP owners argue that in the case of the auto space it’s at the OEM level, while the other side argues deals should be done with suppliers.

That matters because charging $15 for a 2G, 3G, 4G licence looks much more reasonable in the context of the tens of thousands of dollars a vehicle costs than it does when set against a telematics unit that might only be worth a hundred bucks or so. The concern for the licensor community is that this argument gets replayed time and again across a whole host of industries as more and more devices come online in the IoT.

Nokia, for whom a return on its IP is incredibly important to the balance sheet, clearly decided that it needed to change tack in the way it fights this battle. Thus, Lukander took to the blogosphere where - without any reporters asking questions as would be the case in an interview - her message could be carefully crafted.

In her post, she accused unnamed companies of holding out on Nokia’s licensing offers. This, she said, left pursuing courtroom action as the only option. “Litigation has in some situations become the only way to protect our valuable inventions from being used without authorisaton and compensation,” she wrote.

Anyone who has kept close tabs on Nokia’s licensing efforts over the years won’t have found any of the content particularly groundbreaking, but the fact that she opted to write the piece is far more telling. Ten years ago as it was negotiating the early stages of the smartphone war Nokia’s leaders would largely have stuck to the facts of any case being litigated (if they spoke at all).

Many licensing teams still remain cautious in making any public pronouncements, fearing the prospect of anything they write or say coming back to haunt them in a deposition or under cross-examination in the courtroom. Qualcomm, for example, was fairly limited in its pronouncements during its battle with Apple, leaving it largely to CEO Steve Mollenkopf to reassure the markets that a settlement was always the most likely outcome.

But Lukander and Nokia have not been alone. Earlier this year InterDigital unveiled a major transparency initiative in which it spelt out the principles that govern the company’s licensing approach. The move had echoes of previous initiatives by the NPEs Finjan and Conversant. While a big chunk of Nokia’s business continues to churn out telecoms infrastructure equipment, InterDigitial’s success depends largely on its ability to close licensing deals. The stakes, in other words, are even higher.

As with Nokia, the Delaware-based business is also currently embroiled in big-ticket litigation. In its case with Huawei and Lenovo. It clearly felt motivated to publicly demonstrate that it is a good corporate citizen on the licensor side. In a follow-on article for IAM, InterDigital CEO Bill Merritt explained some of the thinking behind the transparency push. The move was made, he wrote, “because critics of licensing seize upon the supposed lack of transparency of licensors to accuse the industry of unfair practices, inflated prices and bad behaviour”.

Over the years, IP owners have been consistently outplayed in the PR wars by their opponents. Cautious and lawyerly, they have allowed others to set the agenda. In doing so, they have enabled arguments and narratives that run contrary to their interests to be embedded in reporting, forgetting that judges, juries, regulators and politicians engage with the media just as much as everyone else. The results have been sub-optimal, to say the least.

The likes of Nokia and InterDigital have realised that in taking their fight to recalcitrant licensees, they should not only seek to win lawsuits but also in the wider court of public opinion. As the licensing landscape continues to become more complex, particularly in relation to SEPs, it’s a shift in posture that makes a lot of sense.