Race to the top: the key contenders in the IoT SEP space

The Internet of Things (IoT) continues to influence and shape the future of technology development, with energy efficiency being crucial because many IoT devices need to operate without an external power supply. The right infrastructure is also necessary to enable IoT applications and sensors to communicate with one another over long distances in a way that conserves power.

Low-power wide-area (LPWA) is specifically designed for applications with low bandwidth requirements and low power consumption while providing wider and deeper network coverage. To meet these LPWA requirements, energy-efficient wireless technologies such as narrowband IoT (NB-IoT) and long-term evolution for machines (LTE-M) have been developed. Both technologies are based on 4G long-term evolution and connect things that could not be connected before.

NB-IoT can be used to monitor and query various metrics and data points and is increasingly implemented in stationary applications and wherever simple sensors need to be efficiently networked. It can also be employed in a networked city (a so-called ‘smart city’) and has various uses. For example, electricity meters can be smart and digitised, with the ability to automatically report consumption data.

Physical objects such as streetlamps, speed indicators, rubbish containers, parking meters and bus stops are already potentially networkable in practice and can thus transmit important information (eg, whether a rubbish bin needs to be emptied or if a carpark has free spaces). However, NB-IoT is a patented technology so to make use of it, standards implementers will need to license the underlying technology.

We used the IPlytics platform to identify NB-IoT patent holders by using a keyword approach for identifying declared SEPs, combined with the necessary information specifying which standardised technology (technical specifications) the patents were declared for. We then used a filter on priority dates of declared patents to capture the core standards development. To paint a robust picture of the NB-IoT landscape, we have not limited the search by jurisdiction, active or granted status. Figure 1 shows the cumulative number of declared NB-IoT patent families over time until 31 August 2022. The number of declared NB-IoT patents is increasing annually. 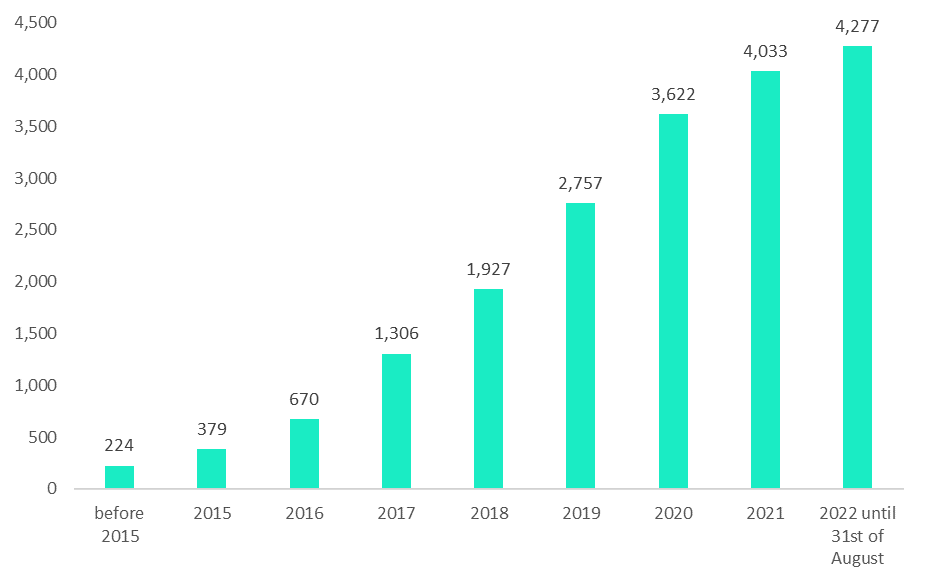 Figure 2 shows the number of NB-IoT-related patents per jurisdiction. The highest number of patents are filed in the USPTO, followed by WIPO, the Chinese Patent Office and EPO. 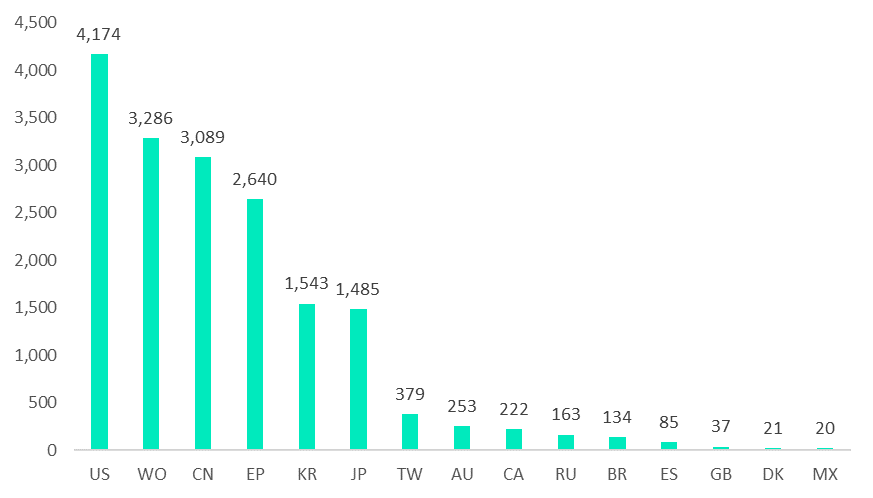 Table 1 shows the top patent owners. While Qualcomm has the most declared SEPs in the space, Huawei has gathered the most patent families (INPADOC family definition). LG Electronics has the third largest NB-IoT portfolio, followed by ZTE, Ericsson and Samsung.

Table 1. Top 25 declaring companies as to cumulative number of declared patent families to the NB-IoT technology

LTE-M is particularly suitable for mobile applications due to higher data throughput and lower latencies. It enables effective communication between both people and machines. Typical fields of application for LTE-M are wearables such as smart glasses, watches, and health trackers. LTE-M is also used today in home products and alarm systems, and further fields of application include the e-health sector, as the technology is suitable for monitoring critical vital functions and diseases.

Similar to our approach to NB-IoT, we used a keyword approach for identifying LTE-M-related technology combined with necessary information. We again used a filter to capture the core standards development and did not limit the search by jurisdiction, active or granted status. Figure 3 shows the cumulative number of declared LTE-M patent families over time until the same date of 31 August 2022. The number of declared LTE-M patents is also increasing annually. 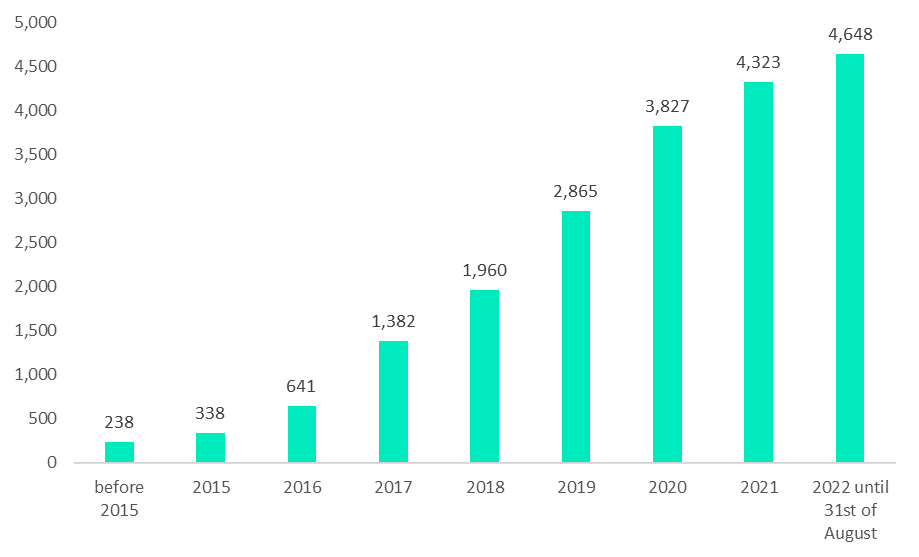 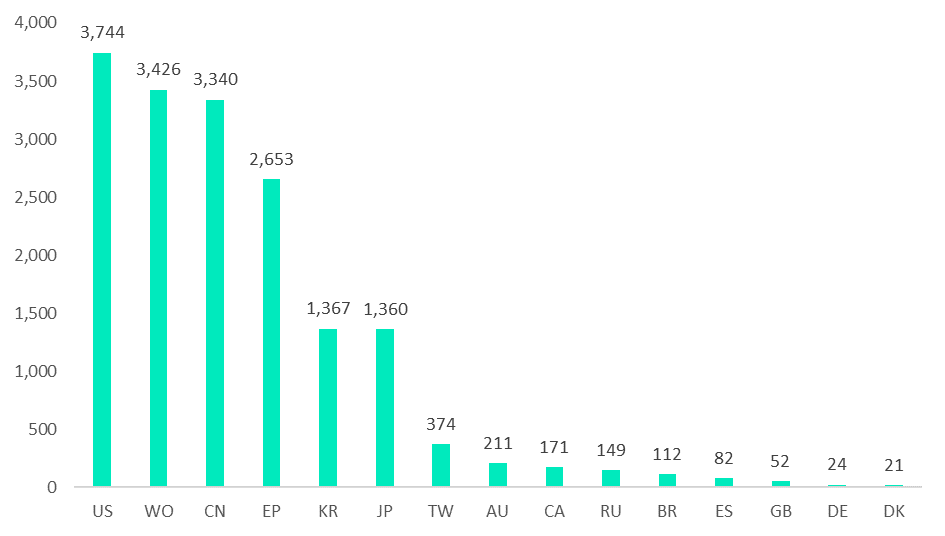 Table 2 shows the top patent owners. While Qualcomm has the most SEPs filed in the LTE-M space, Huawei has gathered the most patent families (INPADOC family definition). LG Electronics has the third largest LTE-M portfolio, followed by ZTE, Ericsson and Samsung.

Table 2. Top 25 declaring companies as to cumulative number of declared patent families to the LTE-M technology

The SEP-related global royalty income was estimated at $20 billion in 2021, but market researchers foresee a strong increase in the compound annual growth rate over the next few years due to wide implementation of the next generation of IoT standards. Market researchers also predict that most SEP holders will actively monetise and enforce their SEP portfolios covering standardised technologies such as NB-IoT and LTE-M technologies. The increasing need for wide implementation of standards is shaping the market for SEP licensees and holders alike. Licensing of SEPs in IoT will be a major challenge for any industry looking to adapt connectivity technologies. Senior patent directors, licensing executives or legal counsel should bear the following points in mind:

We used a keyword approach without additional filters for the active or granted status of a patent or patent family. We want to highlight that other keywords or additional selected filters might result in other ranking positions and shares. Further, we refrain from making assessments of the technical relevance of patent portfolios.