Puttin’ on the Ritz

In December, a diverse crowd of over 400 IP stakeholders from across Asia, as well as further afield, gathered in Shanghai for IPBC Asia 2014. It may have been cold outside, but the rapid pace of change in the IP markets across the region meant that the atmosphere inside the Ritz-Carlton crackled with heat, as discussions focused on monetisation, value creation, investment and the political and judicial developments that affect them.

The opening reception of IPBC Asia 2014, which took place from December 7 to 9 in Shanghai, offered stunning views of the city from the 58th floor of the Ritz-Carlton Hotel on the eastern bank of the Huangpu River. The panorama was a fitting beginning to the conference, which provided attendees with a comprehensive overview of the IP business environment across Asia-Pacific. 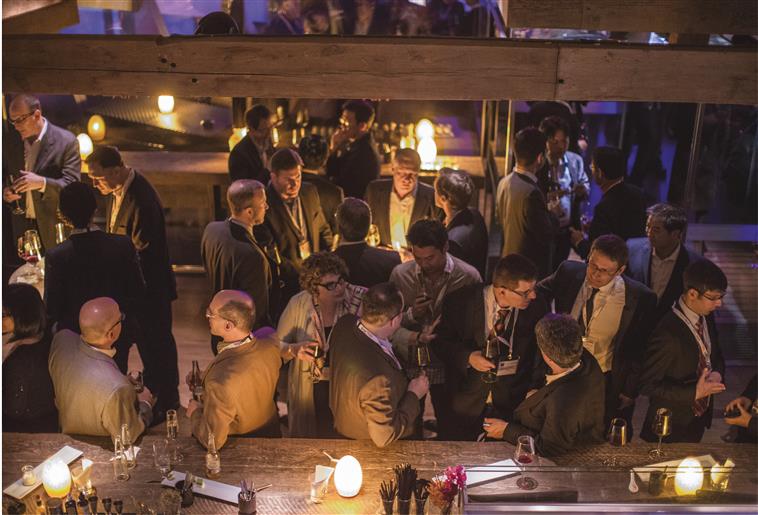 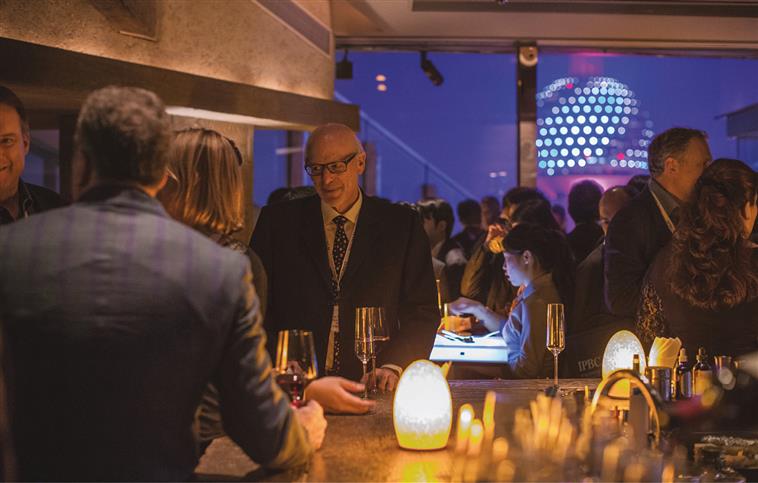 This was the second year of the event, which was launched in 2013 in Singapore and has a distinctly Asian character. Of nearly 450 delegates, over 60% hailed from the region, with one in four based in mainland China. Japan sent a strong, largely corporate contingent: in total, one-tenth of attendees represented Asia’s second-largest economy. Seven of the top 10 jurisdictions represented were Asia-Pacific countries, meaning that nearly every major market had a presence at the event. In a first for IPBC Asia, two of the panel discussions were conducted in Mandarin, with simultaneous translation provided for the many non-Chinese delegates eager to glean insights into the host country’s IP marketplace.

Fully one-third of attendees represented large corporations and other IP owners. They included delegates from well over half of the 54 organisations identified in the January/February 2015 issue of IAM as the 2014 Asia IP Elite – those companies and research organisations from the region that have made intellectual property an integral part of their overall business strategies. These entities were at the very heart of the event: they attended their own private session before the conference got underway, were well represented in the speaker faculty and were honoured at Monday night’s gala dinner.

Even before the official start of IPBC Asia on Sunday evening, representatives of IAM’s Asia IP Elite convened for an invitation-only session that was to be an interesting prelude to the conference proper. Around 50 senior executives participated in a discussion led by a distinguished panel comprising Elite delegates Joo Sup Kim, vice president of intellectual property at LG Electronics, and Ira Blumberg, vice president of intellectual property at Lenovo, alongside counterparts from outside the region – Brian Hinman, chief IP officer at Philips; Kurt Brasch, patent licensing manager at Google; and Ray Warren, Google’s senior licensing manager.

The first topic for debate was the findings of a benchmarking survey of Elite companies recently carried out by IAM (a summary of the results was published in the January/February 2015 issue). Many of the participants had personally completed the survey on behalf of their companies and some were learning the results for the very first time. The starting point for discussion was the finding that while – as expected – Asia IP Elite teams receive ample support from the C-suite, the vast majority are viewed as cost centres rather than profit centres. But the panellists all concurred that the value of an IP function cannot be measured in profit and loss figures alone. Blumberg cautioned against blindly pursuing a profit-centre model; licensing revenues can have a negative overall business impact, he said, if a sudden interest in asserting patents alienates existing customers. 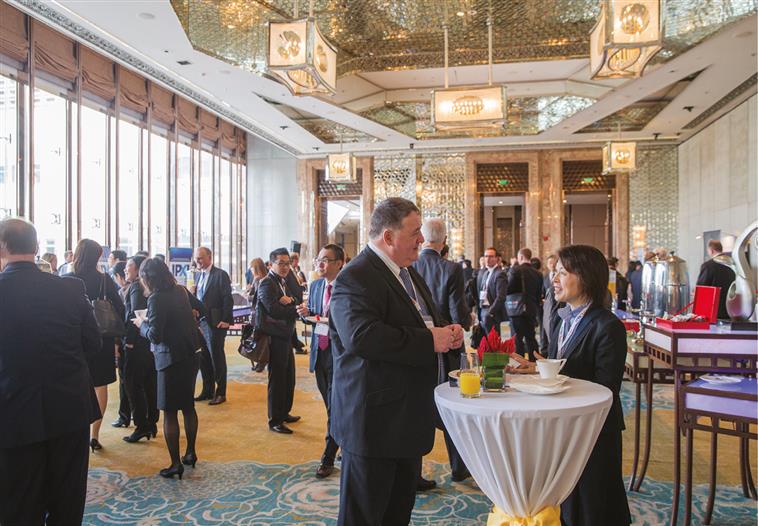 Delegates chat over breakfast before the day’s sessions get underway 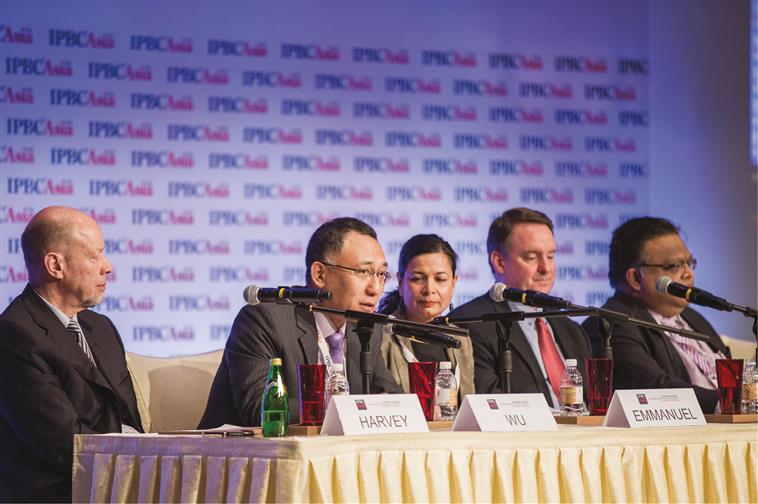 Kai Wu, executive vice president of Goldwind Technology, makes a point in the first panel session, “Taking IP out of Asia”. Joining him on the panel were (from left) Ian Harvey of Tsinghua University X-Lab, Christine Emmanuel of CSIRO, Guy Proulx of Transpacific IP and Anindya Sircar of Infosys 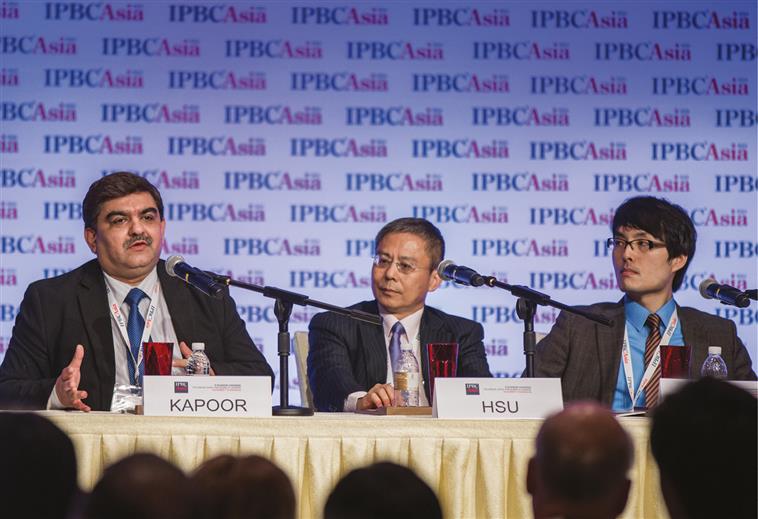 Google and Philips may have different philosophies – at Google, monetisation through licensing is almost totally off the table, while at Philips it is the function’s modus operandi – but both Kurt Brasch and Brian Hinman emphasised that quantifying their contribution to the bottom line goes far beyond tallying licensing revenues. When dealing with upper management, Brasch’s team zeroes in on the advantages that cross-licensing deals and initiatives such as the License On Transfer Network bring to Google’s business; while Hinman revealed that his unit has sophisticated methods for assigning dollar figures to the non-cash benefits that intellectual property generates for Philips. There is little doubt that the Elite teams make substantial contributions to their respective businesses, and their ability to communicate that fact is crucial to their enjoying the ongoing support of senior management. 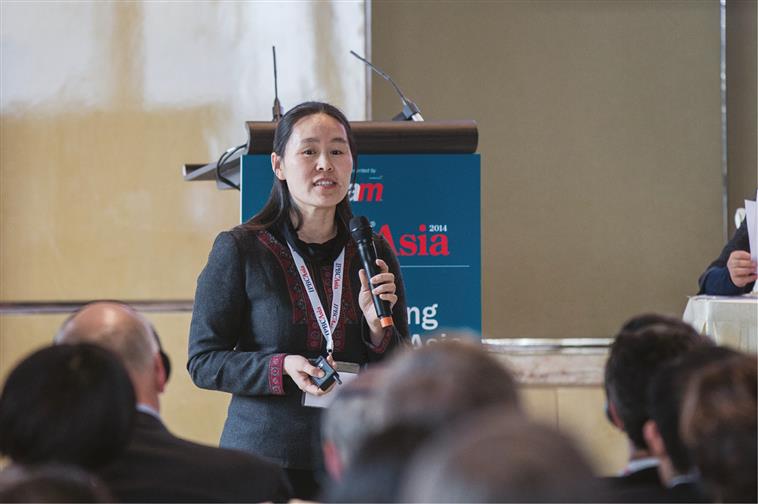 As at many past IPBC events, some of the liveliest discussions centred on non-practising entities (NPEs) and their role in the IP system. The first morning of the conference featured a measured and rational discussion of NPEs – the sort of discussion that, for many, would be a welcome change in Washington DC. In Monday’s second plenary session, entitled “IP value creation masterclass”, the panel agreed that the problem is less to do with NPEs monetising their assets than with the patent system itself in the United States – in particular, the high costs of litigation and deficiencies in patent valuation methods. On the latter issue, Blumberg lamented: “When you have products with hundreds of thousands of patents in them, how can they all be worth 1%?” 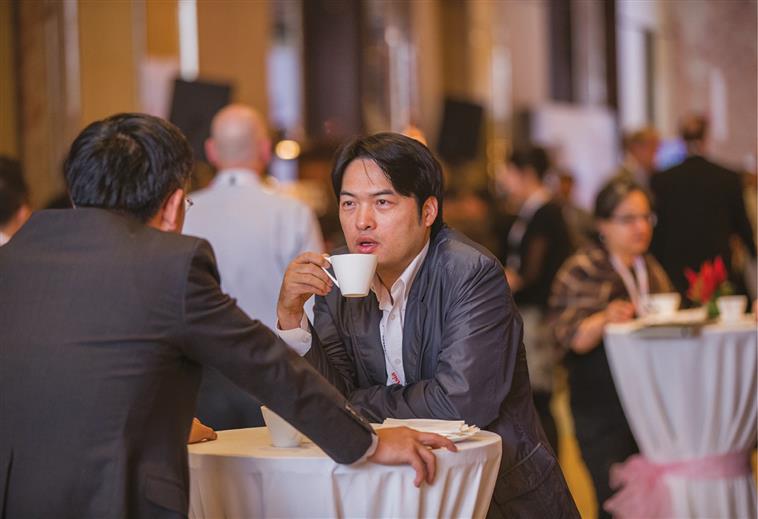 Attendees cut right to the networking during a Monday afternoon break

This session also gave rise to one of the event’s most memorable analogies, as Tata Technologies’ general counsel Anubhav Kapoor – who earlier opined that “painting NPEs as villains doesn’t give us any solutions” – compared NPEs to the sharks that are found in some restaurant fish tanks. Their purpose is to keep the other fish moving around, so that all the contents of the tank stay fresh. With nearly half of the respondents in IAM’s Asia IP Elite benchmarking survey expressing the belief that NPEs are becoming more active in the region, there will be plenty of challenges to keep IP teams on their toes in the years ahead. It just might be that this could help to improve IP practice in Asia more generally, and maybe even highlight opportunities for reforms to some of the local IP regimes.

Sovereign patent funds (SPFs) were another hot topic, given that Asia-Pacific is home to several, including Japan’s IP Bridge and South Korea’s Intellectual Discovery. These entities are fairly young and much of the discussion revolved around whether they can successfully assert their patents without attracting negative publicity – something that is even more of a problem in traditionally litigation-averse East Asian societies. 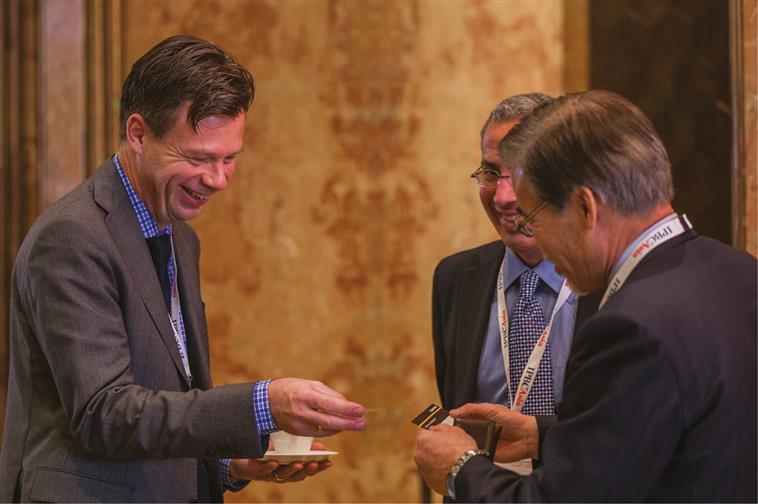 Business cards are exchanged and connections made in between sessions

However, it could also play into the hands of the pro-reform camp in the United States, where there are clear signs of the beginnings of a scare campaign aimed at these entities. It was fortunate, then, that delegates had the chance to hear from Alex Fan of Taiwan’s Industrial Technology Research Institute (ITRI), a world-class research institution and Asia IP Elite inductee that was labelled a “government sponsored patent troll” by James Bessen and Michael Meurer in a November 2014 Boston Globe article. Fan set the record straight, pointing out that ITRI was involved in 681 technology transfer deals last year (which accounted for most of its self-generated income), and behind 244 spin-outs and start-ups. That hardly sounds like a firm with “no interest in innovation or technology transfer”, as Bessen and Meurer had claimed

Thanks to recent high-profile developments such as the antitrust investigation of Qualcomm for alleged unfair licensing practices, the launch of specialist IP courts and rumours of multiple patent disputes breaking out between Chinese tech firms, all eyes were on the host country. The looming threat of litigation both abroad and at home is weighing on the minds of many Chinese executives and creating a seller’s market for IP assets, as many domestic companies – Xiaomi being the prime example – have developed so quickly that they have not had time to build robust patent portfolios organically. This was the overarching takeaway from numerous conversations between the IAM team and local corporates in attendance – some of whom no doubt used the opportunity provided by the conference to connect with foreign counterparts and intermediaries that could potentially help them add to their portfolios. 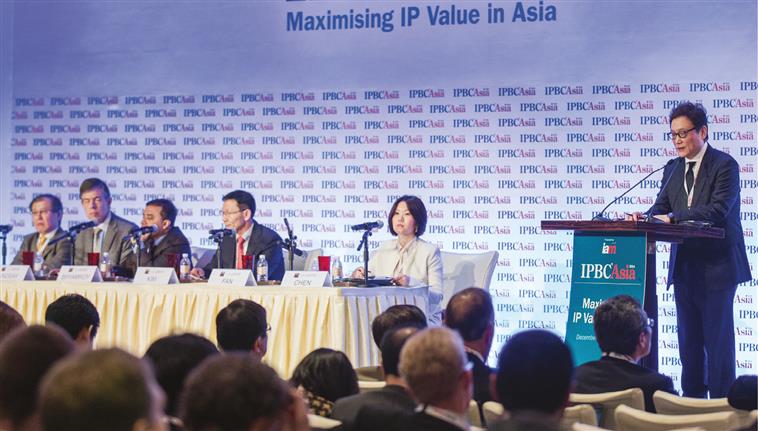 For outsiders looking to do business in China, the Qualcomm investigation is just the latest in a string of developments that have cast doubt on the Chinese system’s capacity to treat domestic and foreign entities even-handedly. But Shanghai-based Jeff Lindsay, head of intellectual property at Asia Pulp & Paper, sought to reassure Western companies of their ability to obtain fair results in disputes with Chinese enterprises. He told the story of Lifetime Products, a Salt Lake City-based furniture company that discovered a large Chinese manufacturer was producing tables that infringed both its patents and its trademarks. Despite low expectations, the company successfully sued the infringer in a local court. “If a small company from Utah can go to China, sue a large Chinese company and win,” he remarked, “then the system works.” 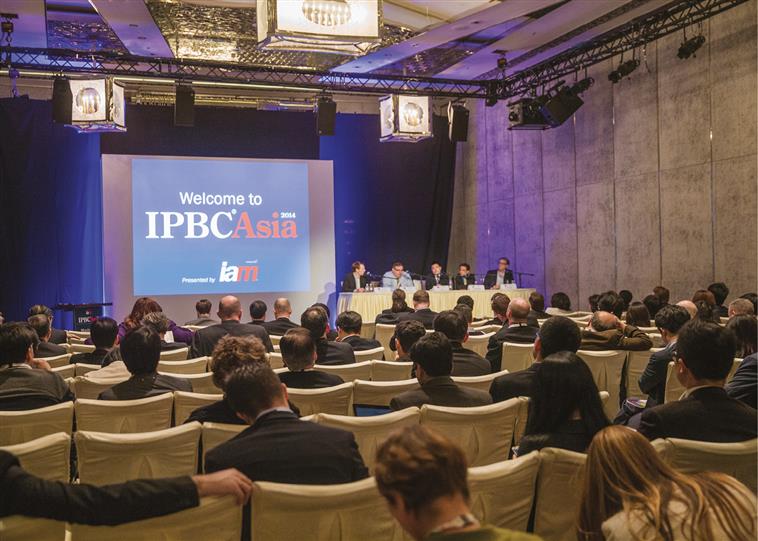 For NPEs, too, China presents abundant opportunities for those that pursue the right strategies – so said Paul Lin, president of Chinese IP consultancy Zhigu. “Market size is what matters, [so] there is definitely a case for patent licensing [in China],” he said. The key for foreign players looking to enter the market is finding the right local partners – be they law firms, NPEs or operating companies. Identifying high-quality Chinese patents is another crucial part of the groundwork; Lin suggested that Chinese counterparts to patents filed by foreign companies are the most valuable patent assets in the country at the moment. Sound investments in quality Chinese assets should pay off down the road, he advised: “The current value of a Chinese patent is around 10% to 15% of its US counterpart. But that will increase as the court system develops and the IP market grows.”

Of course, attempting to predict the development of the Chinese IP market is a risky business; but after a thoroughly stimulating three days in Shanghai, we can say with certainty that IPBC will return to China in the future. All that remains is to extend warm thanks to all IPBC Asia 2014 delegates, our speaker faculty and sponsors for making the event a truly memorable one. We look forward to seeing you all at IPBC Global 2015 in San Francisco from June 14 to 16 and at IPBC Asia 2015 in Tokyo from November 8 to 10. 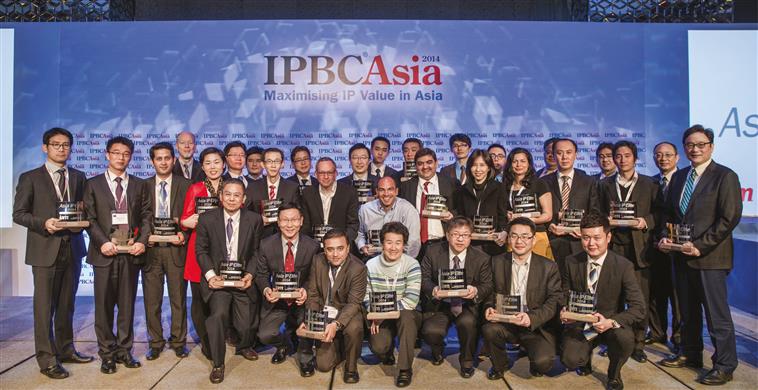