Protecting personalised medicine at the EPO

Under Article 54(5) of the European Patent Convention (EPC) 2000, known substances or compositions are deemed to be novel if they are intended for specific use in a medical method and such use is not comprised in the state of the art (ie, second or further medical use).

In 2010, in Case G02/08, the Enlarged Board of Appeal emphasised that “any specific use in a therapeutic method”, as stated in Article 54(5) of the EPC 2000, could potentially be considered to be a second or further medical use of a substance or composition, provided that such use was not comprised in the state of the art, thereby opening up the possibility to protect “any such specific use in a therapeutic method” where it meets all other EPC requirements.

The novelty of this second or further medical use may be based on the definition of the administration regimen (T1020/03), a new technical effect achieved (T1955/09) and/or a sub-group of patients. This chapter uses Board of Appeal case law examples to illustrate the novelty and further patentability of a sub-group of patients and an administration regimen.

The definition of a new sub-group of patients as a second or further medical use of a known substance was well demonstrated in T108/09. In this decision, the use of fulvestrant as a third line of treatment for breast cancer patients who had been treated first with tamoxifen and subsequently with an aromatase inhibitor was considered to be a further medical use of fulvestrant. Fulvestrant was already known to be used for treating breast cancer patients. The board held that the tumours of patients first treated with tamoxifen and subsequently with an aromatase inhibitor acquired resistance first to tamoxifen and subsequently to the aromatase inhibitor. As a result, this changed the tumours from a biological point of view, defining a new sub-group of disease which could also be seen as a new sub-group of patients.

More recently, in T734/12, the use of a known drug (rituximab, an inhibitory antibody against tumour necrosis factor (TNFα)) against a sub-group of rheumatoid arthritis patients “who experience[d] an inadequate response to a TNFα inhibitor” was held to be a novel second or further medical use. The main claim of the main request was as follows:

“1. Use of an unconjugated antibody which is rituximab in the manufacture of a medicament for treating rheumatoid arthritis by intravenous administration of two doses of antibody of 1,000mg to a human who experiences an inadequate response to a TNFα-inhibitor, wherein the first dose is administered on day 1 of treatment and the second dose on day 15.”

(The emphasis defines the new sub-group of rheumatoid arthritis patients.)

It was common general knowledge before the priority date of the patent in question that 30% to 40% of the total group of rheumatoid arthritis patients were inherently TNFα-inhibitor refractory.

The claim was held to be novel in view of a press release (Document 1) from the patentee/appellant which disclosed the successful use of the antibody of Claim 1 in the dosage regimen of Claim 1 for treating rheumatoid arthritis in a group of patients defined as methotrexate (MTX) refractory, knowing that MTX and TNFα-inhibitors are completely different therapeutic agents.

The board held that Document 1 neither referred to rheumatoid arthritis patients responding inadequately to a TNFα-inhibitor nor clearly and unambiguously disclosed the successful treatment of this specific sub-group of patients by administering rituximab.

Therefore, a further novel therapeutic application was defined in Claim 1, since this therapeutic application had been carried out on a new group of subjects (ie, “human who experiences an inadequate response to a TNFα inhibitor”), which was distinguished from the former by its physiological or pathological status. This was further evidenced by post data demonstrating that the specific sub-group of patients experiencing an inadequate response to a TNFα-inhibitor had increased Th17 cell numbers and increased IL-17 expression. It was also demonstrated that treatment of this specific sub-group of patients with rituximab caused reduction in Th17 cells and IL-17.

However, this claim was held not to be inventive. The board defined the closest prior art as a document dealing with the treatment of rheumatoid arthritis in human patients who experience an inadequate response to a TNFα-inhibitor. The document chosen as closest prior art (Document 2) disclosed the treatment of infliximab refractory rheumatoid arthritis human patients with rituximab using various dosage regimens that were each different from the one being claimed. Infliximab is a known TNFα-inhibitor. Claim 1 differed from Document 2 by the dosage regimen used. In view of the absence of any data demonstrating an advantage of the use of rituximab in the dosage regimen of Claim 1 for the specific sub-group of patients, the problem solved in view of Document 2 was to provide another treatment for the same group of patients. The board concluded that Claim 1 was not inventive in view of Document 2 combined with Document 1: from Document 2 the skilled person would be aware that rituximab could successfully be used to treat human patients who experience an inadequate response to a TNFα-inhibitor. In addition, the skilled person would be motivated to combine Document 2 with Document 1 to modify the dosage regimen of the treatment in view of the improved results seen in Document 1, taking into account that 30% to 40% of rheumatoid arthritis patients are inherently patients who experience an inadequate response to a TNFα-inhibitor. Although no specific pointer could be identified in Document 2 to use the specific dosage regimen disclosed for treating patients who experience an inadequate response to a TNFα-inhibitor, the board concluded that there was no teaching restraining the skilled person from not using it.

This case illustrates that a novel second or further medical use of a known substance based on a dosage regimen that provides no technical advantage over the prior art will most likely fail for lack of inventive step.

If a technical advantage has been demonstrated for an administration regimen of a novel or further second medical use, an inventive step could be acknowledged, as held in T1075/09. This case dealt with the induction of folliculogenesis in a sub-group of anovulatory women using a specific administration regimen of luteinising hormone. The main claim granted at the end of the opposition appeal proceedings read as follows:

At the priority date of the patent in question, the skilled person knew from common knowledge that three distinct groups of anovulatory women were defined by the World Health Organisation (WHO) – Groups I, II and III, each defined by distinct endogenous hormonal levels. The application as filed taught that a distinct functional relationship existed between each sub-group of patients (especially WHO Group II anovulatory women) treated and the different points in time when luteinising hormone was administered (or the administration of follicle-stimulating hormone was finished), since luteinising hormone can be administrated only when the required stage of follicular development has been reached. This specific administration regimen of luteinising hormone on a specific sub-group of WHO Group II anovulatory women was held to be novel.

The board held that the treatment of WHO Group II anovulatory women as defined in Claim 1 constituted an inventive second or further medical use of luteinising hormone, as none of the prior art documents suggested that luteinising hormone should not be administered until the mid to late follicular phase, and this specific administration regimen was not arbitrarily chosen, but contributed to the claimed technical effect.

The main claim granted at the end of the opposition appeal proceedings comprised several limiting features as to the dosage regimen and the patient status (the features emphasised above). These limiting features may not have been needed in order to establish the presence of novelty or inventive step. The patient sub-groups were disclosed only in the experimental part of the application as filed and were therefore inextricably linked to other features present in the experimental part, explaining why these features had to be added in combination with WHO Group II anovulatory women in order to be considered based on the application as filed.

Novel second or further medical uses of known substances must also fulfil other requirements of the EPC, especially formal requirements. The European Patent Office is quite stringent in allowing claim amendments. In order to avoid surprises later on, the importance of a second or further medical use should be anticipated when the application is drafted.

The potential new opportunities for obtaining patent protection in Europe for second or further medical uses for a known substance as part of upcoming personalised medicines can be seized successfully only if such uses are fully integrated upfront in the company’s drafting and R&D strategies. 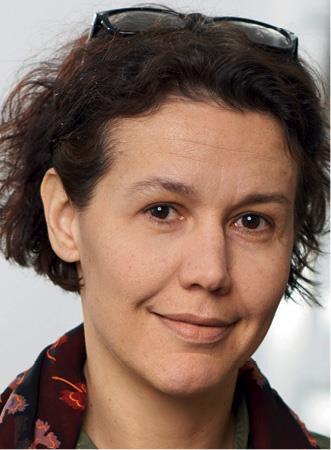 Caroline Pallard is a European and Dutch patent attorney and a partner at NLO. She joined NLO in 2006 after working at DSM/Gist-brocades in Delft and completing a postdoctoral fellowship at the Dutch Cancer Institute, where she specialised in immunology and biochemistry. She practises in the area of biotechnology, in particular molecular biology, genomics, biochemistry, haematology and microbiology. Dr Pallard has extensive experience of drafting and prosecuting complex patent applications and supporting licence negotiations and IP due diligence, including initial public offerings, and frequently advises biotech start-ups on their IP strategies.