(a) discoveries and scientific theories;

For Section 13(1)(b), exceptions are made for man-made living micro-organisms as well as microbiological processes and products resulting from such processes. In addition, much like the European Union, Malaysia provides for a sui generis system of protection for new plant varieties under the Protection of New Plant Varieties Act 2004 (in force since October 2008). Observers have noted that MyIPO’s interpretation and application of Section 13(1)(b) in respect of animal varieties are identical to those of the EPC and EU Directive 98/44/EC.

Section 13(1)(d) excludes only methods of treatment by surgery or therapy. Thus, all treatment methods which are non-therapeutic in nature are not excluded from patent protection. These include cosmetic methods (eg, application of substances to the human body for cosmetic purposes, including hair perming, waving and straightening), and methods practised on the human or animal body to promote growth (eg, methods to improve commercial yield).

MyIPO also considers that methods of measuring or recording characteristics of the human or animal body are not excluded from patent protection, provided that they are of a technical and not essentially biological character and are susceptible to industrial application. For example, various diagnostic scanning methods and methods of measuring the human or animal body for the manufacture of prosthetic limbs or orthodontic prosthetics are not excluded from patent protection.

Diagnostic methods performed on a live human or animal body which involve obtaining information that produces only intermediate results – which on their own do not enable a treatment decision to be made – are also not excluded from patent protection.

Like the European Patent Office (EPO), MyIPO takes the view that ‘treatment by therapy’ implies curing a disease or malfunction of the human or animal body. Thus, MyIPO considers prophylactic methods (eg, immunisation protocols) to be excluded from patent protection.

MyIPO has indicated that it accepts the following formats for purpose-related product claims:

This is in contrast to the EPO guidance on purpose-related product claims (EPO Guideline 7.1.2), which states that such claims must include the phrase ‘for use’ and take the format ‘Substance X for use in a method of treating disease Y’.

However, claims for subsequent therapeutic use of a known substance or composition (ie, second medical use) are not specifically provided for in the Patents Act. In line with EPO practice, MyIPO has taken to allowing such claims. In a recent case, the High Court ruled that such claims are patentable in Malaysia (Merck Sharp & Dohme Corp v Hovid Bhd). Like the EPO and the UK IP Office (UKIPO), in practice, MyIPO accepts the following forms of claim for second medical use:

In other words, MyIPO accepts both purpose-limited process (ie, Swiss-type) claims and purpose-limited product (ie, EPC-type) claims for second medical use. However, this is an evolving area of patent law and MyIPO could change its position, depending on future European decisions on the validity (and enforceability) of Swiss-type second medical use claims.

As established in recent European case law, Swiss-type claims and EPC-type claims for second medical use are not identical in scope: the latter have a broader scope than the former. MyIPO concurs with this interpretation and in practice has taken to allowing both Swiss-type and EPC-type claims on the same subject matter within a single claim set and a single patent family. Swiss-type and EPC-type claims are allowed within a single claim set, as the technical features of both types of claim form a general inventive concept within the meaning of Section 26 of the Patents Act (ie, the issue of lack of unity of invention does not arise). Since the scope of both types of claim differs, these claims are acceptable within the same patent family, as double patenting also becomes a non-issue.

Where more than one subsequent therapeutic use is simultaneously disclosed in an application, MyIPO has also taken to allowing second medical use claims of either the Swiss or EPC type directed to the different uses within a single claim set, provided that they form a general inventive concept as per Section 26.

As mentioned, the EPC-type claim has a broader scope than the Swiss-type claim and this could cause issues to arise when considering post-grant amendments of Malaysian patents. Section 79A(2) of the Patents Act allows for post-grant amendments, provided that the amendment does not result in the insertion of new subject matter that was not previously disclosed in the specification (ie, added matter) or the extension of the scope of protection that was conferred at the time of grant. In other words, any attempt to amend Swiss-type claims (narrower scope) to EPC-type claims (broader scope) post grant is not allowed, whereas amending EPC-type claims to Swiss-type claims is allowed. Thus, as in Europe, applicants for Malaysian life sciences patents are strongly advised to rigorously examine the scope of claims allowed in their patent applications and to submit voluntary amendments before grant, should any change of scope be desired.

MyIPO also recently confirmed that dosage and administration protocols in Swiss-type claims are acceptable, provided that they meet the standard patentability requirements of novelty, inventive step and industrial applicability. This is in contrast to its previous stance that recitation of dosage or administration protocols within Swiss-type claims directs the meaning of such claims to a method of treatment (ie, rendering the claim within the definition of Section 13(1)(d)).

This notwithstanding, there have been few tests of either first or second medical use claims before the Malaysian courts to date. Thus, only limited local legal precedent has been established in respect of the validity of such claims. Given the history and recent trends of patent litigation in Malaysia, the IP High Court will likely be guided by European and UK case law when a substantial case is finally litigated in Malaysia.

As established in European and UK case law, EPC-type claims provide full product protection for an indication, but Swiss-type claims provide protection for only the claimed manufacturing method and the product directly obtained as a result of that method. The same scenario applies in Malaysia, since Section 36(3)(b) of the Patents Act provides that the scope of a process claim consists of the claimed process and product(s) obtained directly by means of the same process.

Given the above scenario, arguing direct infringement of Swiss-type claims can prove difficult. With actual manufacturing activity taking place outside Malaysia, it would seem that the only option remaining to argue direct infringement would be arguing use, sale or supply of a product directly obtained by the claimed method for the patented indicated end use of the product. Even so, various uncertainties remain for the patent owner. Most patented drugs these days have more than one therapeutic indication. It is not beyond the imagination that a would-be infringer could sell or offer for sale the patented drug on the pretext of an off-label or non-patented use. After all, as established in similar European cases, direct infringement can be argued successfully only if the infringer knew or could have reasonably foreseen that the ultimate intentional use of the product by the end user would be the patented therapeutic use. Among other hurdles, case-relevant circumstances – such as the launch date of the drug, steps taken to prevent incorrect prescription and the role of actors – would need to be assessed and proven in order to succeed in a claim for direct infringement.

This notwithstanding, in Malaysia, the exclusive rights of the patent owner include the right to exclusively import the patented product or the product directly obtained from the patented process (Section 36(3)(a)) – thus providing a further avenue to argue direct infringement.

In view of the above, if an invention is such that it can be claimed only by using Swiss-type second medical use language in Malaysia, is it worth obtaining Malaysian patent protection for that invention? The answer is arguably yes, despite the previously mentioned uncertainties – the main reason being the import provision of Section 36(3)(a) and the fact that Malaysia is one of the few countries in Southeast Asia with a dedicated IP High Court.

The pharmaceutical industry in Southeast Asia has experienced rapid growth in recent years, for a number of reasons. The market has a large and growing population, a steadily growing economy (despite the global slowdown) and rising rates of chronic diseases such as diabetes, obesity and cardiovascular disease. In addition, several governments in the region have made efforts to provide a system of universal healthcare, which has boosted the regional market for generic drugs. Notable rising stars in the region for generics manufacturing are Thailand and Vietnam. Unfortunately, the evolution of the regulatory framework in these countries (as well as in the region) has not matched the growth rate of generic manufacturers.

Despite this, a leading international manufacturer of an anti-cancer drug was able to enforce a Malaysian patent directed at a drug manufacturing process even though manufacturing took place in a neighbouring jurisdiction (Vietnam), as the drug was imported into Malaysia. Although it held process patents in three Southeast Asian countries (Singapore, Malaysia and Indonesia), the drug originator litigated the case in Malaysia. The burgeoning generics market in Malaysia, the import provision in the Patents Act and the steadying presence of the specialised IP High Court were likely determining factors.

Meanwhile, MyIPO is expected to issue its first patent examination guidelines for biotechnological inventions in the near future. The proposed guidelines will be similar to those of the EPC, EU Directive 98/44/EC and the UKIPO Examination Guidelines on Medical Inventions (April 2016), and will likely be timed in conjunction with the much-anticipated amendments to the Patents Act, which will see the introduction of (among other things) definitions for biotechnological terms, third-party intervention and opposition proceedings. This development should help to clear the current fog surrounding the prosecution and interpretation of biotechnological patents in Malaysia – in particular, patents containing medical use claims. 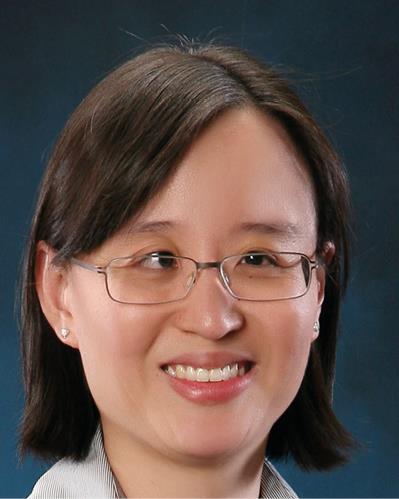 Her advice on drafting and patent prosecution is much sought after and her opinions on patentability, infringement, freedom to operate and validity have played a key role in clients’ decision making.

She is cited as a recommended professional in the IAM Patent 1000 and recognised as a Malaysian IP Star by Managing Intellectual Property.