When seeking to protect inventions in Russia, the choice between the two patent systems should be informed by a number of factors, including business and marketing interests and costs.

Both the Russian and Eurasian patent systems provide protection for biopharmaceutical subject matter, including:

The two systems both stipulate that the following are unpatentable:

In addition, the Russian legislation states that the following are unpatentable:

A number of amendments to the Russian patent legislation have been adopted in recent years, two of which are particularly relevant to the protection of biopharmaceutical inventions.

Although the Russian patent legislation previously included a requirement that the specification of an application disclose the invention to a degree sufficient for implementing the invention, the ‘sufficiency of disclosure’ requirement – as a matter to assess during substantive examination and a legal reason to reject a patent application or invalidate a patent – was introduced into the Civil Code only in 2014. In the context of protecting biopharmaceutical inventions, the Russian Patent Office (Rospatent) has traditionally given great importance to matters concerning the amount of disclosure and support in the specification for inventions claimed. Before this amendment entered into force, evaluation of such matters fell under the evaluation of industrial applicability. Since the amendments are relatively new, there is still little guidance from Rospatent as to how it interprets and enforces the new legislation – in particular, how it distinguishes between matters relating to sufficiency of disclosure and those relating to industrial applicability. In any case, questions concerning the necessary extent of disclosure and support in an application will not diminish in importance any time soon, regardless of the part of the legislation to which they are subject.

Similar sufficiency of disclosure requirements were recently introduced to the Eurasian patent legislation.

Pursuant to the Russian legislation, with regard to patents for medicaments, pesticides and agrochemicals that require marketing authorisation, if the term between the filing date and the date of obtaining first marketing authorisation is more than five years, the patent term (20 years) may be extended by that term minus five years on the patent owner’s request. The patent term extension cannot exceed five years. Previously, extensions were granted in the form of an enclosure to the actual patent, indicating the independent claims of the patent that concerned the product subject to the first marketing authorisation; said independent claims were extended in full. In accordance with the recent Civil Code amendments, a patent term extension is granted in the form of a supplementary patent with its own set of claims characterising the product that is subject to the marketing authorisation. In order to enforce the new legislation, the Administrative Regulations for Patent Term Extension for Inventions and the Procedure for Issuance and Operation of Supplementary Patents for Inventions and Extension of the Validity Term of Patents for Inventions entered into force in 2016.

Under the Eurasian patent system, the validity term of a Eurasian patent (20 years) may be extended in all contracting states except Tajikistan and Kyrgyzstan. An extension application must be filed with the EAPO within the term stipulated by the legislation of the corresponding state. The patent term extension procedure, terms and necessary documents are stipulated in the legislation of each contracting state. Thus, the validity term of a Eurasian patent may be extended by different terms in different states, or extended in some states but not in others.

In contrast, the EAPO is largely indifferent to the industrial applicability matter per se. However, objections to an inconsistency between the narrow scope of the available experimental data and the broad scope of the claims are not unusual.

Under the Russian legislation, a patent claim directed to virtually any biopharmaceutical product (except for chemical compounds characterised by full structure) must recite a specific purpose of the subject matter claimed. This includes macromolecules, kits, cells, devices, compositions and transgenic organisms. In particular, in cases where oligonucleotides and polypeptides (proteins) are claimed, a biological function (a type of activity, biological property) – which must be indicated for such subject matter – is considered sufficient indication of a purpose (eg, “An antibody against X, comprising…” or “A polynucleotide encoding the protein of claim 1…”). Claims such as “A composition comprising…” or “A method comprising…” will be rejected for lack of purpose. A lack of purpose recited in the claim is interpreted as the possibility of using the claimed subject matter for any possible purpose, which is formally rejected as not completely supported by the specification. Arguing against the requirement to recite a purpose is futile. Naturally, the scope of purpose recited in a claim may be a matter of dispute. For example, the preamble “A pharmaceutical composition comprising…” does contain a mandatory purpose, which is “pharmaceutical” (ie, for medical treatment); however, wording the purpose in such a broad manner may be conceivable only if the composition is useful in the treatment of many different kinds of disease or condition. Since this is never the case, the Russian examiner will require further specification of the purpose – for example, “A pharmaceutical composition for the treatment of colon cancer…” or “A pharmaceutical composition for inhibiting enzyme X…”. The purpose of a pharmaceutical composition may be recited in the claim in the form of not only a therapeutic application, but also a biological activity. The same applies to therapeutic method claims, which may be “a method of treatment” or “a method of exerting some biological activity”. Claims such as “Use of… in medicine” or “A diagnostic method comprising…” will also be rejected as reciting too broad a purpose.

This is perhaps the most popular kind of protein to claim as an invention. Regarding characterisation of a subject matter directed to a polypeptide (or nucleic acid), the Russian legislation is not very specific, simply requiring recitation of appropriate nucleotide/amino acid sequences (if they are established) or physicochemical and other characteristics that allow for distinguishing the claimed polypeptide from others. If the claimed protein is an antibody (immunoglobulin), the minimal sequence-wise characterisation expected by Rospatent corresponds to recitation of the six complementarity-determining region (CDR) sequences (three light chain and three heavy chain CDR sequences) plus a purpose of the antibody, which may be specific binding to the antigen in question. If no sequences of the antibody are established, in accordance with the aforementioned requirement, the antibody should be characterised with at least one physicochemical feature (eg, a binding constant) and at least one other feature (eg, a method of production). Therefore, contrary to the expectations of some applicants, characterisation of an antibody simply through the epitope that it recognises, another antibody with which it competes for binding to the same antigen or one, two, three, four or five CDR sequences will not be accepted as sufficient. This approach is also used by the EAPO. 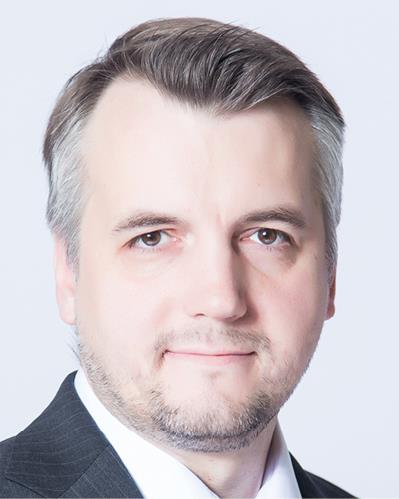 Dmitry Klimenko holds a diploma in biophysics from Lomonosov Moscow State University and a PhD in biochemistry and molecular biology from the University of Leeds; he also received post-doctoral training at Yale University. He previously worked for the Engelhardt Institute of Molecular Biology of the Russian Academy of Sciences. At Gorodissky & Partners he advises foreign and Russian companies and research institutes on patenting strategy issues in biotechnology, genetic engineering, molecular and cellular biology, cytology, microbiology, virology, immunology and biochemistry. He represents clients before Rospatent, commercial courts and the IP Court in objection cases against patent grant and infringement cases, among other things. He is a regular speaker at national and international IP conferences and seminars.