Research and development in India’s agricultural sector, improved production technologies and the availability of high-yield varieties (including during the Green Revolution) fuelled a 350%-plus growth in agricultural production between 1950 and 2008. Even so, plant varieties and farmers’ rights in India have not received as much attention as industrial property rights. But in 2001 the Protection of Plant Varieties and Farmers’ Rights Act was introduced, providing integrated protection to both plant varieties and farmers’ rights.

India, an emerging giant in the global economy, continues to depend on the agricultural sector for food security and employment. Research and development in the agricultural sector, improved production technologies and the availability of high-yield varieties (including during the Green Revolution) fuelled a 350%-plus growth in agricultural production between 1950 and 2008. Even so, plant varieties and farmers’ rights in India have not received as much attention as industrial property rights. The Seeds Act 1966 merely laid down standards and procedures for the regulation of seed quality and did not envisage grant of proprietary rights. Further, the Patents Act 1970 does not provide patent protection for:

The International Union for the Protection of New Varieties of Plants (UPOV) Convention was adopted in Paris in 1961. It was subsequently revised in 1972, 1978 and 1991. Although India has not acceded to UPOV, Indian legislation largely follows the framework of the 1978 revision and borrows certain elements from the 1991 revision. UPOV makes breeders’ rights a priority of policy making and does not provide for the concept of farmers’ rights.

The Protection of Plant Varieties and Farmers’ Rights Act defines a ‘variety’ as a plant grouping within a single botanical taxon of the lowest known rank, which can be:

The act defines a ‘farmers’ variety’ as a variety which has been traditionally cultivated and evolved by farmers. ‘Extant varieties’ include varieties that have been notified under the Seeds Act, farmers’ varieties and ‘commonly known’ varieties. Broadly, an ‘essentially derived variety’ is a variety that:

For a new variety to be registrable under the Protection of Plant Varieties and Farmers’ Rights Act, it must conform to the tests for novelty, as well as distinctiveness, uniformity and stability (DUS). The act lays down criteria for each test. An essentially derived variety must be dealt with as a new variety under the act. However, the criterion of novelty does not apply to the registration of extant varieties (including farmers’ varieties).

The variety for which registration is sought ought not contain any gene or gene sequence involving terminator technology. Further, the application must contain the complete passport data of the parental lines from which the variety has been derived, along with the geographical location in India from which the genetic material has been taken and all information relating to the contribution of any farmer, village community, institution or organisation in breeding, evolving or developing the variety.

A ‘breeder’ is a person, group of persons, farmer, group of farmers or any institution which has bred, evolved or developed any plant variety. On registration, the breeder or its successor, agent or licensee receives the exclusive right to produce, sell, market, distribute, import, export or otherwise deal with the variety.

The Protection of Plant Varieties and Farmers’ Rights Act recognises the multiple roles of a farmer (ie, cultivator, conserver of the genetic pool and breeder). Having bred or developed a new variety, a farmer is entitled to registration and other protection in the same manner as a breeder. Further, a farmer engaged in the conservation of genetic resources is entitled to recognition and reward. Also, a farmer may save, use, sow, re-sow, exchange, share or sell farm produce that includes seed from a variety protected under the act in the same manner as before the act came into force – although the farmer may not sell the branded seed of a variety protected under the act.

A right established under the Protection of Plant Varieties and Farmers’ Rights Act is infringed when an unauthorised party:

Further, penalties have been prescribed for:

The act prohibits an innocent farmer from being held liable for infringement.

In line with its obligations under the act, the authority has established the Plant Varieties Registry, the National Gene Bank, a network for DUS testing and a database of varieties in common knowledge. It has also established a ‘farmers’ cell’ to provide assistance to farmers in connection with registration of their varieties and undertake training and awareness programmes.

Benefit sharing and rights of communities

The act further recognises the contributions of indigenous people and local communities in the evolution of varieties and allows any person, group of persons or organisation to claim on their behalf. On verifying and ruling on a claim, the authority may order a breeder to pay compensation to the National Gene Fund.

The Protection of Plant Varieties and Farmers’ Rights Act does not contemplate a royalty arrangement enforceable by farmers against other private parties, but instead establishes the National Gene Fund. Benefit-sharing payments, compensation payable to village communities, annual fees from breeders and contributions from national and international organisations accrue to the National Gene Fund, and will be used for benefit sharing, conservation and the sustainable use of genetic resources. Further, the government has notified rules for recognising and rewarding farmers engaged in the conservation of genetic resources.

Few provisions of the legal framework for breeders’ and farmers’ rights have been tested in contentious proceedings. In 2011 the Delhi High Court dismissed a petition to block an order of the registrar of the Plant Varieties Registry granting issuance of certified copies of an application to a third party. The court held that complete disclosure must be made by the applicant and there is no secrecy or confidentiality in the registration process. It also observed that no right vests in the applicant to be heard on the issue.

In 2013 the Delhi High Court ruled that the registrar may extend the time limit for filing an opposition notice based on the absence of any exclusionary words or negative language in the Protection of Plant Varieties and Farmers’ Rights Act. The court, observing that the relevant rules leave much to be desired, relied on the form prescribed for seeking a time extension and the intent and purpose of the act.

Recently, the Delhi High Court ruled on whether parent lines of extant hybrid varieties can be considered as novel plant varieties for the purpose of registration. In other words, could a parent line be considered as a new variety on account of its hybrid being known in the market? Relying on the definition of ‘propagating material’, the court held that there could be no novelty in the parental line since its propagating or harvesting material (ie, the hybrid seed) was sold or otherwise disposed of.

The plant variety registration procedure was initiated in 2007. Out of 10,998 applications filed for protection from May 21 2007 to February 10 2016, the majority were filed by farmers (6,322), followed by private entities (3,204). While 1,470 applications were filed by public organisations, only two were filed by individual breeders.

The Protection of Plant Varieties and Farmers’ Rights Act is progressive in that it endeavours to distribute rights equitably between several sectors. However, certain provisions require serious reconsideration in order to achieve the underlying legislative intent.

The law directs revenue into the National Gene Fund, but the issue remains of how those funds can best be used. It has been advocated that farming communities should collectively access the revenue deposited in the National Gene Fund and determine suitable avenues of expenditure, except where an identifiable farmer’s variety has been used. Further, a clear procedure for determining and realising benefit sharing must be laid down. Although the act acknowledges and provides for the registration of farmers’ rights, farmers depend on the Protection of Plant Varieties and Farmers’ Rights Authority for benefit sharing and compensation claims.

In cases where the propagating material is not in line with the disclosed information, the determination of compensation should not be left to the sole discretion of the authority; it should be based on actual loss, factoring in the projected harvest value of the crop. Further, a review of the trends in plant variety applications reveals that the private sector has largely focused on hybrid crops and there is a need to incentivise investment in other crops. In terms of infrastructure, the Plant Varieties Protection Appellate Tribunal envisaged under the act is yet to be constituted – indeed, the transitional provision empowering the IP Appellate Board to exercise the jurisdiction of the tribunal (with the appointment of a technical member) has not yet taken shape.

Developed and developing countries have taken widely divergent paths in respect of plant variety protection. While developed nations opt for stringent protection of breeders’ rights, in developing countries such as India where the population is still largely dependent on the farming sector, strong protection for traditional knowledge and farmers’ rights is indispensable. It is thought that farmers’ rights limit returns for breeders, which can discourage private investors. This places a greater burden on public research institutions for the development of varieties. As India is the third-largest producer of farm and agricultural products, with such products comprising 10% of the country’s total exports, new incentives for innovation and private investment must be developed – the benefits to overall agricultural productivity cannot be underestimated. 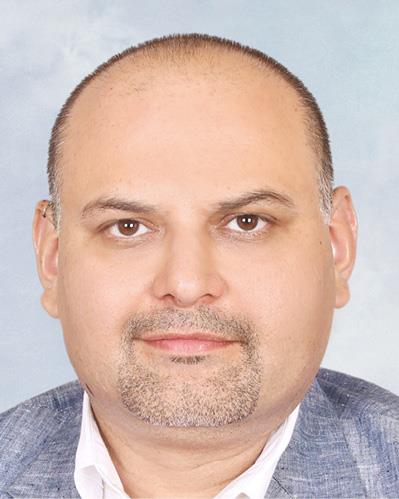 Vikram Grover leads the practice at Groverlaw, a boutique law firm specialising in IP law. A dual-qualified lawyer enrolled as an advocate in India and admitted on the roll of solicitors in England and Wales, Mr Grover has advised diverse, primarily international clients on various techno-legal issues and represented stakeholders before mediators and courts. Mr Grover has been recommended in the WTR 1000 and the Legal 500 Asia Pacific. He has also received a Client Choice Award (individual). He is a member of the International Trademark Association, the Asian Patent Attorneys Association and the IP Attorneys Association. He has shared his experience in IP and commercial law at various forums and published several articles in leading law journals. 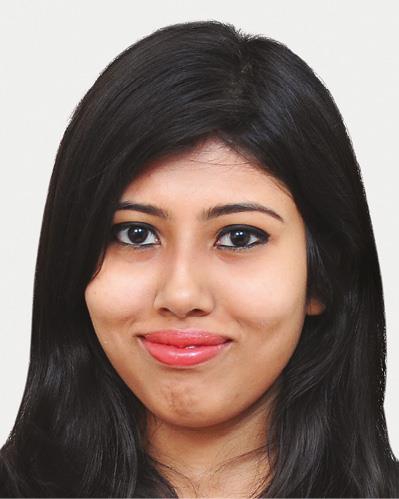 Sukanya Sarkar is an associate at Groverlaw and enrolled as an advocate with the Bar Council of Delhi. Her practice areas include trademark, copyright and design prosecution and advising clients on complex issues in the IP law domain. She also has extensive experience in drafting, reviewing and negotiating licensing agreements and trademark co-existence agreements. She has interned with the Copyright Office and the Copyright Board and has a keen interest in academic study and policy making.