What types of invention are explicitly excluded from patent eligibility?

For a software invention to be granted, certain requirements must be met:

Business method inventions are subject to the same requirements as software inventions.

Patents will not be granted for methods for medical treatment of humans, including surgical, therapeutic and diagnostic methods and inventions that are contrary to public order, morality or public health.

A utility model has a lower standard for registration than patents, but is available only for the shape or structure of an article.

The inventiveness standard for utility models is whether the invention could have been conceived by those skilled in the art ‘very easily’ in view of the prior art (see patentability standard of whether the invention could have been ‘easily’ conceived). Although examiners should apply the lower standard for determining the inventiveness of a utility model, the distinction is not clearly applied by examiners in practice.

Remedies available for patents, including injunctive relief and monetary damages, can be sought for utility models.

Are there other ways to challenge a patent administratively without resorting to litigation?

A granted patent can be nullified through an invalidation action filed before the IPTAB. A patent cancellation action is also available for patents registered on or after March 17 2017.

If a final rejection is issued, the applicant may appeal to the IPTAB within 30 days. Before filing an appeal, the applicant may amend the application, in which case the application will be returned to the examiner for re-examination. IPTAB decisions may be appealed to the Patent Court and then the Supreme Court. According to KIPO data, the success rate of appeals in recent years appears to be less than 30%.

A patentee may enforce patents through the Korea Trade Commission (KTC) or the Korean Customs Service (KCS).

The KTC may investigate unfair trade practices (eg, import or export of goods infringing Korean IP rights) independently or on petition by any interested party. Remedies available to the petitioner include:

The Seoul Central District Court has specialised panels of judges and the most expertise in IP matters among the district courts. It has several technical advisers with at least 15 years of experience as KIPO patent or trial examiners who provide technical assistance to the judges.

Court proceedings tend to be fairly flexible and the parties are typically free to submit briefs on any new issues while they are ongoing. Thus, a defendant may strategically time the introduction of new arguments or evidence to increase the chance of an additional hearing. Although a plaintiff may request the court to reject late introduction of arguments and evidence by the defendant on the grounds that this is a delaying tactic, the court is generally inclined to review the defendant’s new arguments or evidence unless this is too late.

In addition, if a defendant files an invalidation action with the KIPO, this may delay the infringement proceedings.

The basic forms of discovery include the following:

Compared to the United States, broad discovery is not available and the courts directly supervise discovery. Any discovery requests must be specifically identified before a court will consider granting them.

Although it was common for parties to refuse the production of documents on the basis that this could threaten their trade secrets, an amendment to the Patent Act which took effect on June 30 2016 makes such refusal more difficult. Specifically, if a party refuses to comply with a court’s order to produce documents by claiming that such documents constitute trade secrets, the court may review the requested documents in camera. If the court finds that the documents are necessary to prove infringement or a damages amount, they may no longer be withheld based on the trade secrets claim. In that case, the producing party may request the court to limit the persons allowed to access the documents and the scope of documents that are accessible to such persons.

Are cases decided by a single judge, a panel of judges or by a jury?

Patent infringement cases where plaintiffs seek an injunction – either alone or in addition to other remedies – are decided by a panel of three judges at the district court level, while cases seeking no injunction but damages of not more than W200 million (approximately $175,000) are heard by a single judge. There is no jury system for patent infringement actions.

What role can and do expert witnesses play in proceedings?

Experts may be either retained by a party or appointed by the court. If a party retains an expert, the expert’s testimony will typically be submitted through a written affidavit, rather than live testimony (although the latter is possible). Court-appointed experts are typically used when there are disputes over the results of a test or analysis relevant to the infringement case.

Does your jurisdiction apply a doctrine of equivalents, and if so, how?

If the court finds that the patent in suit is valid and infringed, it will always grant a permanent injunction except in exceptional instances, such as where seeking an injunction is deemed an abuse of rights.

It generally takes between five and eight months to obtain a decision in a preliminary injunction action, and between 12 and 18 months in a main action. There is no statutory provision for expediting such actions, but limiting the asserted patents or the accused products, or withdrawing damages claim (which can be re-filed on appeal or by a separate action) may be considered to expedite the proceedings.

Under what circumstances will the losing party in a first-instance case be granted the right to appeal? How familiar are the higher courts with patent matters? How long does an appeal typically take?

The losing party may appeal the district court decision for a main action to the Patent Court. Typically, the appeal proceeding takes between eight and 12 months. Similarly, the losing party may appeal the IPTAB decision to the Patent Court, which will generally take between eight and 12 months to issue its decision. Appeals to the district court decision and the IPTAB decision will be reviewed de novo, and thus both parties may introduce new arguments or evidence.

The Supreme Court and the Patent Court have access to technical advisors who have doctorates or at least 15 years’ experience serving as KIPO examiners. Senior research judges with IP expertise are also available to support the Supreme Court judges. 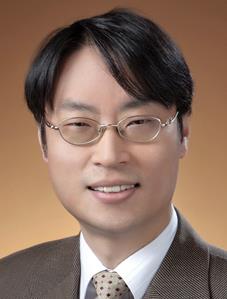 As a member of Kim & Chang’s IP practice, Si Yul Lee’s work ranges from litigation to transactional work. Many of his patent infringement representations have involved multiple actions in different jurisdictions worldwide; as a result, he has extensive experience in coordinating global litigation and communicating with clients and attorneys from other jurisdictions. His transactional work includes drafting and negotiating licence agreements regarding technology and trademarks.

Mr Lee obtained his master’s and bachelor’s degrees in physics and a bachelor’s degree in law from Seoul National University. He received an LLM from Stanford Law School. Mr Lee served as a judge in the Seoul Central District Court before joining Kim & Chang. 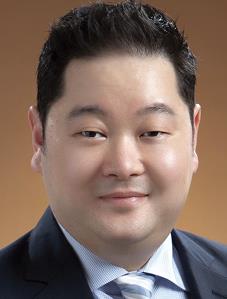 Stephen T Bang is a foreign legal consultant at Kim & Chang. He is a member of the California Bar and registered to practise before the US Patent and Trademark Office. Before joining Kim & Chang, Mr Bang practised in the United States, handling IP matters including patent, trademark and copyright litigation, as well as patent and trademark prosecution. Previous to that, Mr Bang was co-founder of a start-up which provided IT consulting, including database software solutions and information systems security. 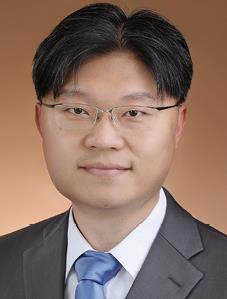