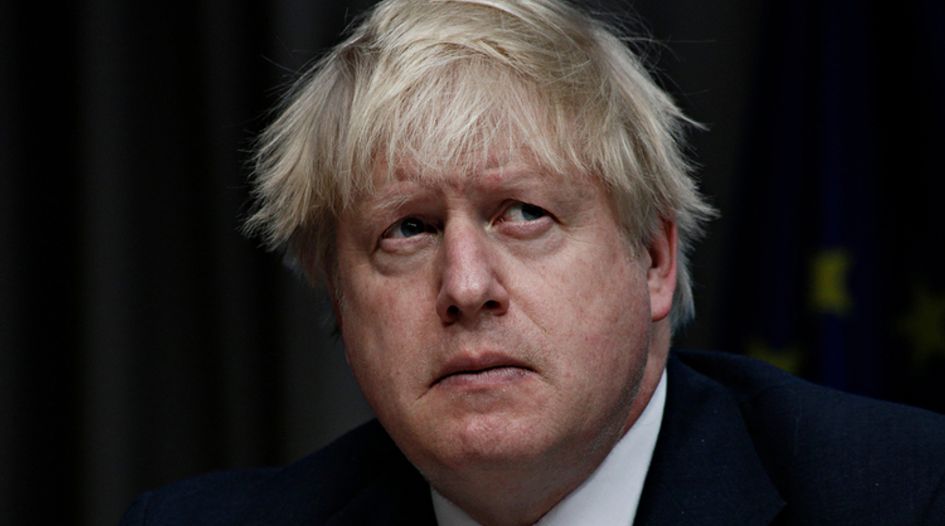 The UK Supreme Court’s decision in the Unwired Planet and Conversant appeals is keenly awaited across the world. Having spent four days hearing detailed legal arguments from counsel for Huawei, ZTE and the two NPEs, the five justices are now in the process of weighing up the arguments and coming to their final conclusions.

When they deliver their judgment, though, it may not only be the world of FRAND licensing that feels the effect. Instead, it could go a lot deeper than that. For at a time when the UK is probably just weeks away from finally leaving the EU and going out into the world on its own, there are potentially major foreign policy and trade issues at play, too.

Should the Supreme Court hand down a judgment that confirms English courts can set global FRAND rates and issue so-called FRAND injunctions, many in China will undoubtedly be dismayed. Of all the points argued in the case, it will be findings made around the issue of comity - and the deference due to Chinese courts - that will draw the sharpest reactions from the country’s patent owners, legal community and perhaps even the government.

The comity issue is particularly interesting given that a Chinese court in Nanjing weighed in on the Conversant dispute only weeks before the Supreme Court hearing began. The judge ordered Huawei to pay a rate of 0.0018% on multimode devices, finding just one Chinese patent owned by the NPE to be valid, essential and infringed. Conversant’s bid to use the Unwired Planet v Huawei rate as a comparable was apparently rejected.

Back in the UK, the Supreme Court justices themselves acknowledged during the hearing that the appeals had underappreciated dimensions. “The issues in this case are of such international commercial significance, and also have a certain diplomatic significance,” stated Lord Reed, “that it is a kind of case where one might have had an intervention either from our own government, let us say the Department of Trade, or from other governments, such as the Chinese government.”

Just on the face of it, it’s easy to see why Chinese companies might see the lower court decisions as an opportunistic jurisdiction-grab that has little to do with market realities on the ground.

The Court of Appeal judgment summed up the commercial relevance of each market as follows: "If the Chinese patents are not infringed, or are invalid (according to the Huawei Defendants) some 75% of the worldwide royalty claim would fall away. By contrast, the United Kingdom accounts for only 1% of Huawei's worldwide sales on which royalties are claimed."

Given that both Huawei and ZTE have made great play of the fact that the UK is such a small market for them, it is not impossible to imagine that one response to a decision to uphold the lower courts’ judgments might be to pull any potentially infringing products out of the UK market and not introduce new models as and when they appear.

It is hard to argue that the UK is largely insignificant to you as a business, but at the same time complain that English courts do not have any right to set global FRAND rates. They can only do that, after all, if you are actively selling your products in the UK.

But there are issues beyond this. A huge amount of work in China over the past decade has gone into making the country’s IP litigation system more professional, more skilled, more predictable and more global. Chinese courts have become major fora, even in patent disputes between foreign companies like Apple and Qualcomm.

Now, as leading Chinese companies face some of the most consequential IP disputes in their histories, the UK’s highest court could be on the verge of declaring that Britain knows best when it comes to disputes that hinge in large part on Chinese patent portfolios.

That is unlikely to go down well in Beijing. A decision that to all intents and purposes says Chinese judges have got it wrong could well be viewed as an attack on the integrity of the country’s court system, as well as a measure designed to harm the interests of domestic businesses. Should that be the case, at a time when international trade policy has become a lot more confrontational it’s easy to imagine a response that may involve the threat – implied or direct – of reciprocal action against British interests in China.

All of which would put the British government in an interesting position.

Leaving the EU means losing the deterrence heft that being the member of a big trading bloc brings to the table. In the past, China would have found it tough to take direct trade action against the UK because that would, in turn, have invited retaliatory action from the EU. That difficulty will no longer be there. What’s more, trading with the EU is about to get more expensive and time consuming for British businesses. Given that, increased problems elsewhere are going to be extremely unwelcome.

So, how will Boris Johnson – who seems set to win the UK general election taking place next month – respond to Chinese messaging that a Supreme Court decision finding in favour of Unwired Planet and Conversant is most unwelcome and could have consequences?

The UK Prime Minister, don’t forget, has already made it very publicly known that he does not believe the Supreme Court gets it right all the time in the criticisms that he made of its decision that his proroguing of Parliament was unlawful. If taking on the Supreme Court prevents a deterioration of the UK’s trading and political ties with China, while also ensuring British consumers continue to be able to buy the most cutting-edge mobile devices, perhaps he will do so again. And, this time, armed with a Parliamentary majority, he would potentially be able to do something about it.

Of course, all this is conjecture. It may not pan out like this at all - and absolutely will not if the Supreme Court surprises everyone and reverses the lower courts’ findings. But in the post-Brexit UK, do not be surprised that even if SEP owners are initially left celebrating a favourable ruling from the Supreme Court, something ends up happening that turns it all around.

After all, experience shows that when it comes to a stand-off between patents and politics, politics wins every single time.