Autonomous driving technology promises to disrupt and transform the automotive space as we know it, spurring a race between giants for the biggest breakthrough in human transportation since the airplane. In the past, organisations that were not native to the transport industry struggled to make a significant impact. This was largely due to the homogeneity of processes and vendors. The idea of software companies developing transportation systems would have been unimaginable 20 years ago, but it could soon be a reality. With the introduction of autonomous driving technology, the landscape is now two-pronged, with software and communication technology companies working on vehicles and automobile companies working on complex software concepts and sensors.

This article analyses large amounts of patent documents as well as standards contributions and SEPs declared to 5G, V2X and 802.11. In order to identify autonomous driving-related patents, the IPlytics Platform database was used to perform an extensive keyword search of worldwide filed patents in the field of autonomous driving technologies. The search was based on the patent’s content, making use of state-of-the-art stemming and semantic indexing methods. IPlytics identified 58,675 patents, which are part of 32,906 patent families (number of unique patents in the INPADOC database). Figure 1 illustrates the number of patent applications over yearly counts between 2009 and 2019. The graph shows an impressive growth trend in the last years. The amount of autonomous driving patents has quadrupled since 2016. 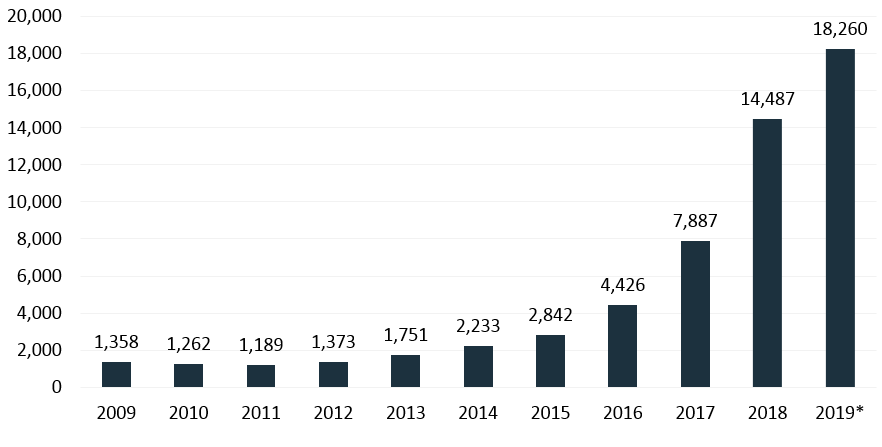 In order to identify patent ownership, IPlytics aggregates patents as to the patent portfolio of each company, making use of entity disambiguation techniques. Further, the patent applications are counted as to the corresponding patent family in order to count the number of unique patented inventions per company. Figure 2 shows that Toyota, Ford and General Motors are the three strongest autonomous driving-related patent owners, measured by patent family size. Six companies in the top 10 are from the United States and four are Asian. From a patent perspective it looks like Europe is far behind in the race for autonomous driving technologies, both in the automobile industry and tech sector. 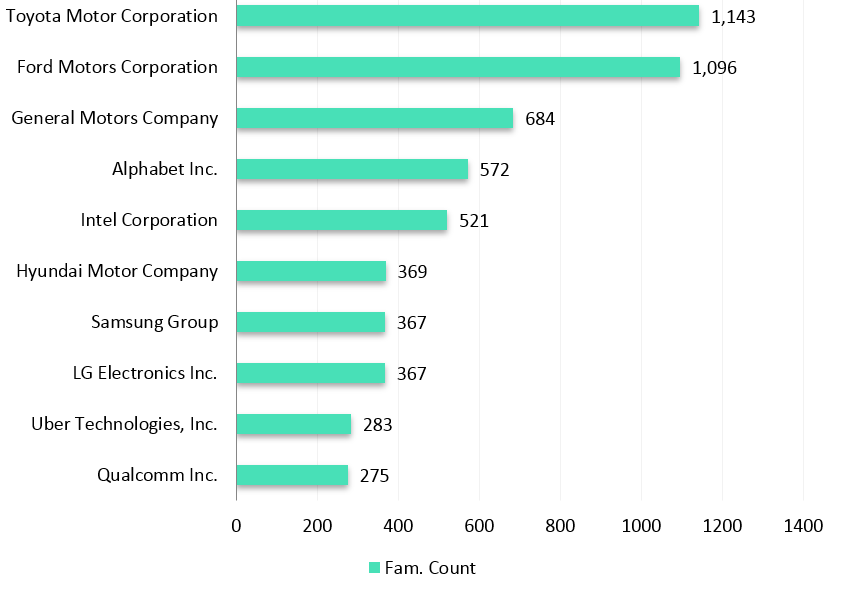 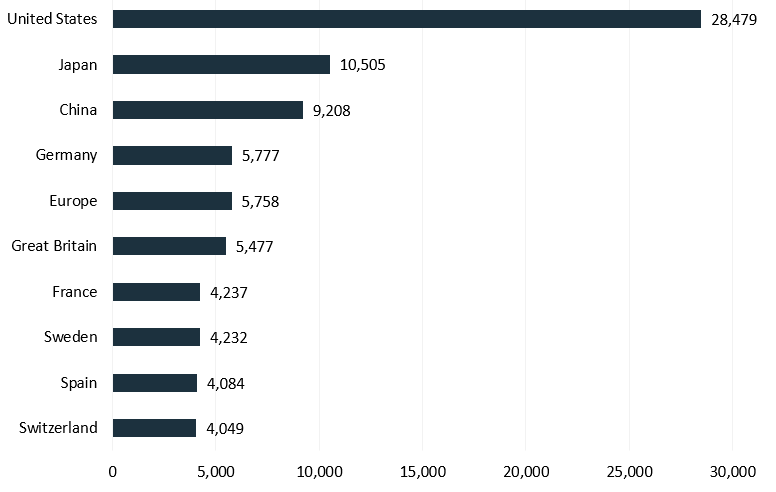 IPlytics makes use of statistical patent valuation indicators to analyse strengths, weaknesses and positioning of patent portfolios. In total, it integrated seven indicators, two of which are shown in Figure 4.

The market coverage (MC) indicator estimates the patent family size by counting each country of a patent family divided by the country’s gross domestic product. The more countries in which a patent has been filed the higher the perceived international market potential for the patented invention.

The technical relevance (TR) indicator is calculated by counting the number of prior art citations that a patent receives (forward citations).

Figure 4 shows that only the patent portfolios of Alphabet (Google) and General Motors among the top 10 patent owners have a high TR score (a score higher than one is above average). On the other hand, all portfolios have an above-average MC score, which indicates that the owners consider their patents worthy enough to protect them internationally and further underlines the importance and potential that companies see in autonomous driving.

Sensors collect data, computers process this and then mechanical parts execute the computer’s commands. It is no surprise that 96% of the patents are in the mechanical engineering, instruments and electrical engineering sectors. 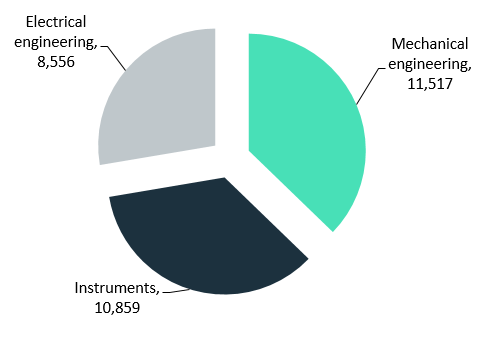 These demands can only be fulfilled by standardising technologies. The interconnectivity of different systems and the communication across multiple devices relies on a common specification of standards. Standards development of complex technologies (eg, 4G/5G or WiFi) often integrates many patented solutions. Beyond the patent data analysis, it is also worth examining the companies that are actively involved in standards development, which in our analysis relates especially to V2X and 4G/5G standards as well as short-distance standards (eg, DSRC standards (802.11p)). These standards are specified in international meetings where companies submit technical contributions. Using IPlytics’s database and analytics, Figure 6 shows companies that have contributed to develop these standards by submitting technical contributions. 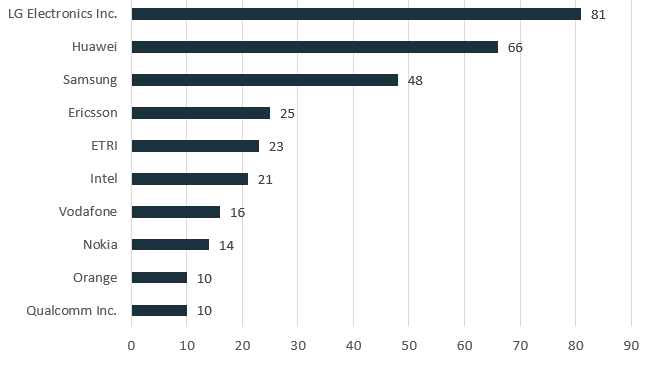 The standards and declared SEP analysis shows that as of yet, no car manufacturer or automotive supplier has been working on connectivity standards in the autonomous driving space. 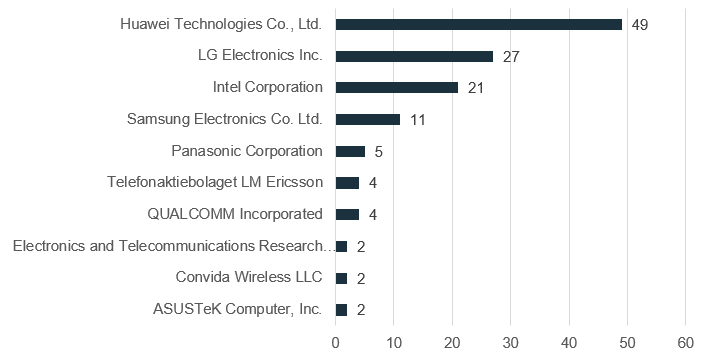