A No Deal Brexit now looks unavoidable, so plan accordingly 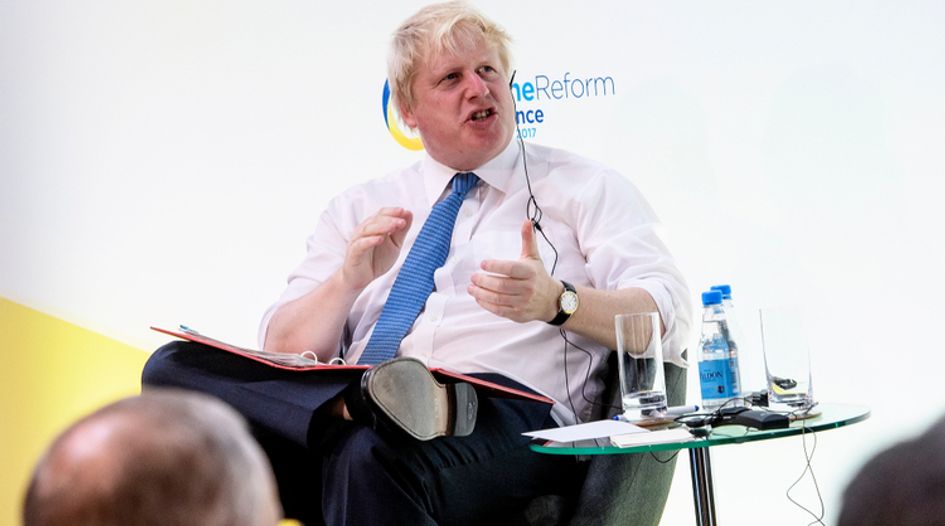 The odds are now very much on the UK leaving the European Union on 31st of October without a deal. Since just over 92,000 members of the Conservative Party voted for Boris Johnson to become their leader on 23rd July and, therefore, the British Prime Minister, the entire dynamic of the Brexit process has changed.

Johnson won the Tory leadership contest by promising that unless the EU agrees to drop the Irish backstop from the Withdrawal Agreement – the one that previous Prime Minister Theresa May had persuaded the EU to accept, but then failed to get through Parliament - the UK will depart on Hallowe’en night with nothing agreed: no transition arrangements, no trade deal, nothing.

It is politically impossible for Johnson to pull back from that commitment. He would immediately be eviscerated by his own MPs and party members, as well as the Brexit-backing press. In any case, he does not want to: he believes – probably correctly – that a No Deal Brexit is the best way for him to secure a meaningful majority in a general election.

Anything other than a No Deal would mean the Conservatives losing huge numbers of votes to the Brexit Party, led by Nigel Farage; while a No Deal will ensure sufficient vote transfers from the Brexit Party for the Tories to handily defeat the very divided forces that oppose No Deal. This is even though all opinion polls show that the anti-No Deal parties between them are on well over 50% of the vote.

Such are the joys of the UK’s first-past-the-post electoral system: a well-organised minority will almost always beat a disorganised majority.

Of course, there could still be a deal if the EU did agree to drop the Irish backstop. But it will not. It sees it as the only way to maintain the current status of the Irish border while maintaining the integrity of the Single Market. The UK may want the backstop gone, but it has made no suggestion about what could realistically replace it.

The EU clearly believes that the UK is not able to sustain the consequences of No Deal for any meaningful period. Its plan seems to be to either wait for the UK Parliament to thwart Johnson or, more likely, to wait until the effects of No Deal start to bite, so forcing him to the negotiating table.

If reading all that has made you lose the will to live, imagine being stuck in the middle of it! For what it’s worth, I think that it will be long months rather than short weeks before the consequences of No Deal bite hard enough for the UK to go back to the EU with its tail between its legs, but I can’t see it not happening. In the meantime, if you are an IP owner with interests in the UK or Europe, or you represent one, you really do need to be preparing. This is not going away.

There are, of course, the obvious things that you need to know and do. This, from the Law Society, is a good starting point – and also outlines just how damaging No Deal could be to British IP lawyers and attorneys; but there is also a lot more to throw into the equation.

For example, although patents are not directly affected by Brexit, it is pretty clear that whatever lingering chances there were the unitary patent system might include the UK will die with No Deal. However, against that, think of the falling value of the pound.

Currently hovering at the $1.20/€1.07 mark, the UK is becoming a much cheaper jurisdiction in which to litigate. If the Supreme Court upholds the Unwired Planet decision, that might make London’s courts even more compelling venues in which to enforce SEPs as a means to secure global settlements. With a G8 economy, expert judges, highly-skilled practitioners and lower costs than ever before, what could there be for rights owners to dislike about litigating in the UK?

Alternatively, though, upholding Unwired Planet may mean bad news for British consumers, with companies swerving the UK market altogether to avoid lawsuits. Earlier this week, for example, we reported that HTC had withdrawn a smartphone model for sale in the UK after being informed that it contained technology infringing a patent owned by NPE IPCom. If a No Deal Brexit does cause an economic slowdown in the UK might others do the same - especially those which do not currently have a strong presence?

Frankly, I have no idea. But what I do know is that these are the kinds of issues that people should be gaming right now. A No Deal Brexit might not deliver unremitting gloom for IP owners and their advisers; instead, there may well be opportunities. However, it is a very complex and fluid situation. What better time than the summer to think it all through? Come autumn time it is all going to be very real indeed.