Moderna's covid vaccine is promising news, but IP issues may mean the financial windfall it enjoys are limited 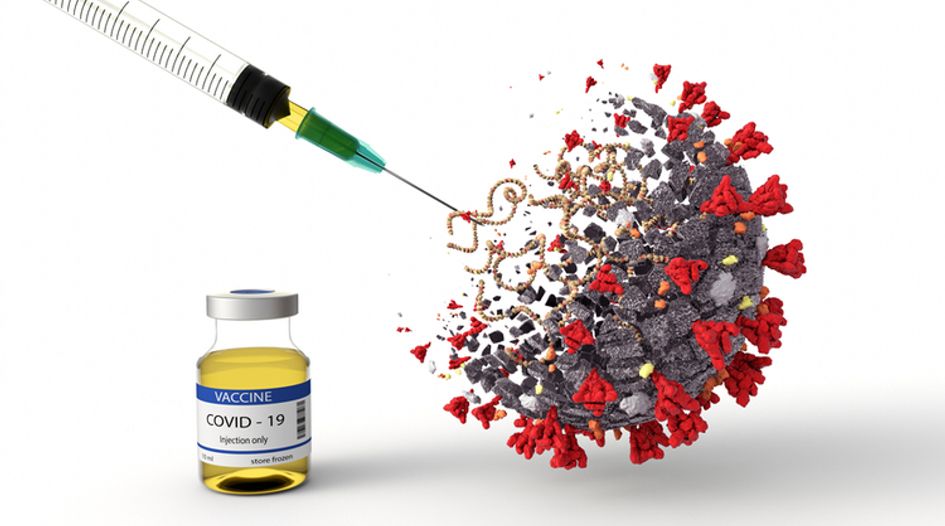 Senior members of the management team at Moderna have hailed the news that a covid-19 vaccine developed by the company shows 95% efficacy. However, there are IP shadows hanging over the US company's ability monetise the breakthrough

A week after Pfizer/BioNTech told the world about their covid-19 vaccine breakthrough, comes news of another hugely promising development – the announcement that early data from a Phase 3 trial of a vaccine being developed by Moderna Therapeutics shows that it has close to 95% efficacy. The US company says that it plans to begin roll-out of the treatment in the next few weeks. "The overall effectiveness has been remarkable... it's a great day," Tal Zaks, Moderna’s chief medical officer told the BBC in an interview.

But while the company is celebrating today, on the IP side of the vaccine’s story it faces some significant complications, as IAM has chronicled over the last few months.

In early August, we reported that the company had suffered a serious setback at the PTAB when it failed to invalidate a patent owned by Arbutus Biopharma protecting an RNA and mRNA delivery platform used in Moderna’s mRNA-1273 vaccine. This may mean that Arbutus can claim significant royalties relating to the treatment – something that, while it will not affect delivery of the vaccine, would have a significant impact on Moderna’s income from it.

Later in the same month, we ran a piece looking at suggestions that the US government may also have a stake in the vaccine. The National Institutes of Health (NIH) has worked with Moderna on the development of mRNA technology for several years and has collaborated with it on various vaccine candidates. In recent months, Moderna has also received federal funding of more than $1 billion for its development of mRNA-1273.

The following month, we returned to Moderna, reporting on a request made by Knowledge Economy International (KEI) for the Department of Defense to investigate the company over claims that it had not acknowledged the contribution of Defense Advanced Research Projects Agency (DARPA) funding in the development of inventions underpinned by 11 patents. It also raised concerns that Biomedical Advanced Research and Development Authority (BARDA) grants were not acknowledged in the patents.

Innovators are required to acknowledge the contribution of US government funding in patent applications and to disclose those patent applications to the appropriate federal agencies. This helps the government identify the patents on which it may wish to exercise various rights it has under the Bayh-Dole Act. Senior figures at both BARDA and DARPA promised to enforce these requirements against Moderna.

Finally, in October, we looked at Moderna’s announcement that it would not enforce its relevant patents against others seeking to develop treatments to tackle the pandemic, the first vaccine inventor to promise not to assert its rights in this way. Though the move won a great deal of praise, we wondered whether it may have been motivated by the factors mentioned above and also argued that there may be a lot less to it than initially meets the eye.

Though Moderna’s concessions may help rival innovators, we noted, they do not enable other businesses to produce greater or cheaper supplies of the company’s own vaccine or a generic version of it. To do that, Moderna would need to further commit to sharing its proprietary know-how and data, and to assist others with manufacturing techniques. Indeed, the announcement only came after the company struck lucrative supply deals, including with the US, for the vaccine.

All in all, then, there are plenty of reasons to celebrate the news of the Moderna vaccine’s efficacy – and the fact that it may start to become available by the end of this year. However, for the company itself to benefit to the maximum from the treatment, its IP team has plenty of heavy lifting to do. There is a lot of money riding on whether they are successful.