Local working of patents in India: an analysis

The local working of patents is an important requirement in patent regimes all over the world – including India – as well as being a major source of contention. Section 83 of the Patents Act 1970 establishes the general principles regarding the working of patented inventions in India. Patentees are obliged to work their patented inventions in India for social and economic welfare in return for their 20-year monopolies.

The local working of patents is an important requirement in patent regimes all over the world – including India – as well as being a major source of contention. Section 83 of the Patents Act 1970 establishes the general principles regarding the working of patented inventions in India. Section 83 states that the grant of patents is not solely intended to enable patentees to enjoy a monopoly on the import of patented articles. The goal of granting a monopoly to patentees is to encourage invention and ensure that patented inventions are worked in India on a commercial scale and to the fullest extent reasonably practical without undue delay. In return for a 20-year monopoly over the patented invention for the rights holder, the patent rights should serve to promote technological innovation and enable the dissemination of technology to the advantage of producers and consumers, in a manner that is conducive to their social and economic welfare. Section 83 also requires that granted patents not impede the protection of public health and nutrition, but rather act as an instrument to promote the public interest; hence, patented inventions must be available to the public at reasonably affordable prices.

Patentees are thus obliged to work their patented inventions in India for social and economic welfare in return for their 20-year monopolies.

TRIPs versus working requirements in India

As a member of the World Trade Organisation (WTO) and a signatory to the General Agreement on Tariff and Trade, India has committed to comply with the Agreement on Trade-Related Aspects of Intellectual Property Rights (TRIPs). TRIPs is the most important multilateral agreement on IP rights.

The ‘working’ requirement of a patented invention has been a bone of contention among WTO member states for some time. The dispute has arisen mostly because ‘failure to work’ a patented invention in the territory of the issuing country is a ground for compulsory licensing. In view of this issue, it is important to understand the WTO provisions on local working of patents and how the Indian patent working requirement complies with TRIPs.

TRIPs provides no specific obligations regarding the working of patents. However, Articles 27 to 31 can be interpreted in terms of local working of patents. Article 27(1) establishes the legal framework for patentability, providing that patents must be available for all types of invention – whether products or processes – in all fields of technology, provided that they:

Article 27(1) further provides that patents must be available – and patent rights enjoyable – without discrimination regarding:

Developing nations also derive support from Article 5A of the Paris Convention for the Protection of Industrial Property, according to which each member state may take legislative measures providing for the grant of compulsory licences to prevent the abuses which might result from the exclusive rights conferred by the patent, such as failure to work. Developing nations argue that since Article 5A of the Paris Convention is incorporated into Article 2.1 of TRIPs, WTO member states must comply with its requirements. Indeed, Article 2.2 of TRIPs provides that member states should not derogate from their obligations under:

Section 146 of the Patents Act, which requires the working of patents, has existed since the act’s promulgation in 1970, before India signed TRIPs. The Patents Act has since been occasionally amended in order to bring it into line with TRIPs.

Therefore, in view of Article 5A of the Paris Convention and Articles 2.1, 2.2, 27, 30 and 31 of TRIPs, it can be interpreted that the local working of patents is well within the scope of TRIPs. However, there has been no clarification in this regard from the WTO.

The working statement is made in a fixed form, Form 27, and must include the following information:

Section 122 of the Patents Act establishes the penalties for non-compliance with Section 146 and Rule 131. Failure to submit a Form-27 working statement is punishable by a fine of up to Rs1 million (approximately $15,000). Further, the submission of false information regarding the working of an invention is punishable by imprisonment for up to six months or a fine, or both.

Role of working statement in compulsory licensing and patent revocation

The Indian Patent Office (IPO) takes the requirements of Section 83 of the Patents Act seriously. Form 27 working statements play a major role, since non-working of a patented invention is a ground for issuance of compulsory licences and revocation of patents. Therefore, the requirement to file Form 27 working statements requires diligent compliance.

India’s first compulsory licence was issued by the IPO for Bayer’s patented anti-cancer drug Nexavar (sorafenib tosylate) (IN 215758) on the grounds that Nexavar was unreasonably highly priced at Rs280,000 for a month’s supply of 120 tablets (approximately $4,200) and available to only 2% of the population. The compulsory licence was granted to Natco Pharma Ltd, a generic Indian company which sold the generic version of Nexavar at the much lower price of Rs8,800 (approximately $132).

In its application for a compulsory licence, Natco relied on the working statement filed by Bayer after grant of its patent in 2008. Natco demonstrated to the controller general that:

The controller general held that:

The controller general also noted that Bayer’s figure for cancer patients’ annual requirement of the drug (27,000 boxes per year) varied significantly from that submitted by Natco (70,000 boxes per year). The controller noted that in 2008 Bayer did not import the drug at all, while in 2009 and 2010 it imported the drug only in small quantities. These quantities appeared prima facie to be grossly inadequate. Therefore, the controller general held that Bayer had not satisfied the reasonable requirements with respect to a patented invention under Section 84(1) – an important prerequisite for the grant of a compulsory licence.

This case serves as a cautionary lesson for applicants seeking patents in India, demonstrating that it is advisable to take the Indian patent working requirement seriously.

The IPO granted Bristol Myers Squibb (BMS) a patent (IN206543) for the compound Saxagliptin on April 30 2007. Saxagliptin is a drug prescribed for the treatment of Type 2 diabetes mellitus (DM). BMS transferred its rights in the patent to AstraZeneca AB. Lee Pharma applied for a compulsory licence under Section 84(1) of the Patents Act on June 29 2015. The controller general rejected Lee Pharma’s compulsory licence application for Saxagliptin on the ground that Lee Pharma failed to make a prima facie case.

Although Lee Pharma’s argument lacked merit and was rejected by the controller general, this case shows how opponents can use patentees’ working statements as a tool against them in seeking a compulsory licence.

In view of the groundbreaking IPO decisions in Bayer Corporation and AstraZeneca, it is important that patentees consistently furnish all information required regarding the working of a patented invention, as mandated by Section 146 of the Patents Act. Form 27 disclosures should be taken seriously by patentees that wish to avoid the consequences of failure to work a patented invention in India. 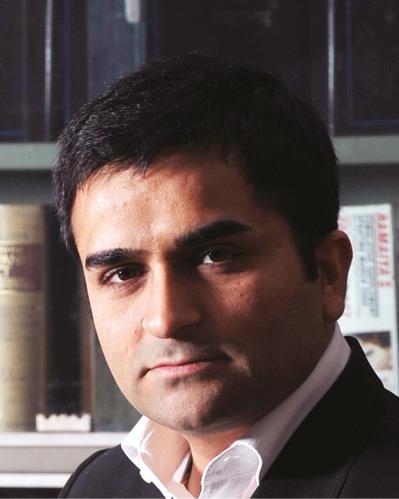 Rahul Chaudhry, managing partner of Lall Lahiri & Salhotra (LLS), has been at the helm of the firm since July 2007 and has turned LLS – once a small family-run IP practice – into a professionally managed, business-oriented, full-service law firm. Mr Chaudhry is among the most dedicated and accomplished professionals, with a strong grasp of law which enables him to undertake IP work at a national and international level for clients in diverse industries and of various sizes. Under his able leadership, LLS has developed an enviable legal practice with decades of experience and a team consisting of the most eminent legal practitioners, with specialist IP, corporate, commercial and transactional expertise.