In order to ensure that a patent strategy provides the right protection at the right point in time for both the patent owner and its commercial partners, many issues must be considered – and often earlier than might be imagined by those unfamiliar with the patenting process.

This chapter explores some of the key issues to be addressed when setting out to build a strong patent portfolio in the life sciences field.

Before filing a patent application

Most innovators consider filing a patent application only when they have the results of a particular set of experiments in hand. However, the entire patent portfolio relating to the technology and what needs to be protected (and when) should be considered as early as possible in the research phase and should continue to be re-evaluated, particularly before a patent application is filed with the intention of protecting a particular technology.

Nevertheless, it is also possible to file a patent application too early before sufficient data is generated to be representative of the whole invention, and which must be included in a patent application on filing. Therefore, consideration as to what experiments might best support patent prosecution for the new technology should begin as early as possible in the research process. The general rule is that the more experimental the support included in a patent application, the broader the protection around a technology that patent offices will allow. This could be the difference between obtaining protection for only the particular compound or antibody developed to treat one specific disease and a much broader class of compounds or antibodies which are defined only functionally and potentially to treat a much broader range of diseases.

In tandem, it is also essential to consider what part of the invention is most commercially useful to the applicant and/or its current or future collaborator so that the patent application can be crafted specifically to cover that technology.

Patent drafting must also take into account any particular wording which may be required by various patent offices in order to meet their national laws. For example, it is vital to think about how the claims can be worded to cover subject matter deemed patent eligible in the United States (eg, in the aftermath of recent cases such as Mayo v Prometheus and the 2014 US Patent and Trademark Office guidelines on patent eligibility), or to address the exclusion of methods of treatment per se in many other territories, such as the European Union.

On filing a patent application

A PCT application can never grant as a single patent (there is no such thing as an international patent), but instead acts as a bundle of national applications which are subject to a centralised initial search and opinion and publication, after which the final countries in which to pursue patent protection must be chosen. Using a priority application followed by a PCT application can conveniently delay the decision (and associated cost) of where to file by at least 30 months from the date of filing the priority application.

Due to the high cost of pursuing patent protection in multiple countries, delay is usually preferable as it allows more time to:

The countries in which patent protection is pursued will depend on a number of commercial factors. A granted patent will protect the manufacture, sale, distribution, use, import and possession of the technology covered by that patent in the country where the patent was granted. Therefore, the markets where the technology will be used or sold (by the applicant or a future collaborator or licensee) are likely to be the most important factor in the choice of patent protection in order to deter competitors. The manufacturing location of the applicant and/or its key competitors may also be of interest.

Further, in Europe it is also possible to delay choosing most European countries by obtaining a European patent via the European Patent Office (EPO), which has the potential to become effective in the chosen countries which are party to the European Patent Convention. The likely introduction of the unitary European patent system in the coming years will mean that only a unitary patent will be required to cover the whole of Europe (whether that will necessarily be a benefit to building a strong portfolio is a separate issue).

After the patent has granted

Once patents have been granted in the chosen countries (a process which may take many years), there are still more strategic factors to consider. First, patents require renewal at the relevant patent offices on a regular basis; therefore, due to the ongoing costs, it is necessary to continue to consider the cost-benefit equation regularly after a patent grants and, where appropriate, to prune out commercially unimportant patents.

There is also the risk of third parties attempting to invalidate patents by various post-grant procedures such as the EPO opposition procedure and now post-grant review in the United States (both of which allow a third party to oppose grant within nine months), as well as revocation procedures in national courts. For example, Australia has a third-party opposition procedure which applies between allowance and grant. In Europe, third parties may also file observations at the EPO before grant to highlight reasons why a patent should not be granted.

Defending such attacks by third parties can be both expensive and time consuming and can potentially result in long periods of uncertainty regarding the protection in place. The need to defend such attacks provides further rationale for investing the time and effort upfront to ensure that the strongest possible patent application is filed which has the best chance against such attacks.

Of course, all of these attacks are options for patent holders to consider in view of third-party (ie, competitor) patents which might affect their freedom to operate. Hence, part of a strong patent strategy is to monitor the patent position of competitors in order to be aware of deadlines for making an attack.

Often patent protection in the later years of commercialisation is more valuable, as by then the technology may be fully commercialised and bringing in higher revenues than in the early years. In this case, the ability to halt third parties from doing the same for as far into the future as possible might be very valuable indeed.

For this reason, supplementary protection certificates (SPCs) can be of critical importance in the life sciences. SPCs provide an effective extension of patent protection by up to five-and-a-half years in order to account for delays in acquiring regulatory approval via clinical or field trials. As any particular product to be covered by an SPC must be specified in the patent claims, it is also important to consider whether SPCs will potentially be required as early as possible and, at the latest, before the claims are granted.

Another way to extend patent protection is to grow a patent portfolio by filing further patent applications directed to different, or more particular, aspects of the technology. For example, following a broader patent to the platform technology, a later patent filing could protect individual commercial embodiments of the technology. This ‘phasing’ of patent filings provides a potentially useful means of effectively extending protection for the important commercial embodiments beyond the 20 years of the initial patent.

Where there has been a relatively minor update to the technology, it may be appropriate to take advantage of mechanisms such as a continuation-in-part application in the United States, which retains the filing date of an original filing for the shared subject matter but adds in the updated technology. Although that approach will not extend the term of protection beyond that of the earlier filing, it does allow for the protection of updated aspects of the technology which might otherwise be considered obvious and not susceptible to patent protection.

Another consideration for more minor innovations is to file for utility models (also known as ‘petty’ or ‘short-term’ patents). These are available only in certain countries, typically have less stringent inventive step requirements and lower official fees, and can be registered relatively quickly (ie, in weeks rather than years) compared to standard patents. However, they can be limited to certain technologies (which may exclude biotechnological inventions in some countries) and have a shorter duration of protection.

There are many distinct strategic considerations along the way to building a strong patent portfolio in the life sciences arena. The strongest recommendation is to consider as much as possible upfront and before filing an initial patent application, so that the future of the whole portfolio has the greatest chance of providing the commercial protection required and at the time when it is really needed. 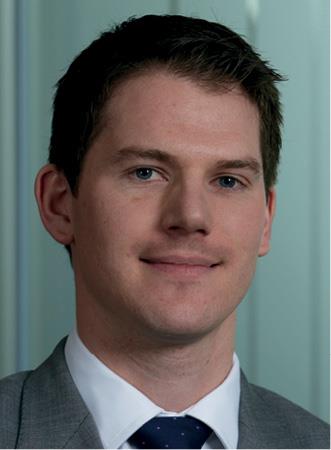 Tom Harding is a European and UK patent attorney. He obtained undergraduate and master’s degrees in genetics and applied biomolecular technology, respectively, from the University of Nottingham. Before joining Potter Clarkson, Mr Harding worked for a number of years as a research scientist in cancer drug discovery for AstraZeneca. 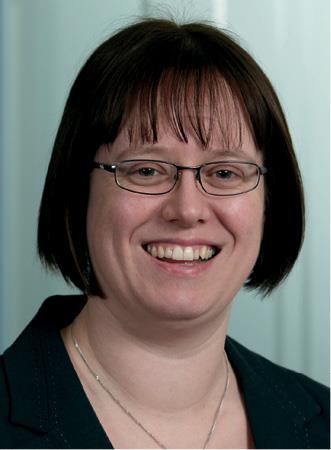 Jane Wainwright is a European and UK patent attorney specialising in the life sciences. She has been providing commercially strategic advice to industrial and academic clients on patents and oppositions in the life sciences field for many years. Ms Wainwright has also spoken on European patent practice at multiple international conferences.