Between May and October 2016, Huawei and Samsung filed a total of 42 patent infringement complaints against each other in China (each asserted patent gets its own separate case there). Another separate case deals with “rate-setting and royalty payment” issues. In all Huawei asserted 20 patents against Samsung – 13 standard-essential patents (SEPs) and seven non-SEPs. Samsung responded by asserting 22 patents against Huawei – 14 SEPs and eight non-SEPs.

By this point, all 42 patents-in-suit on both sides have undergone invalidation procedures before China’s Patent Re-examination Board (PRB). Here are the results, as collated by Huawei and reported to a US federal district judge in a parallel proceeding.

Here are the remaining infringement cases and their first-instance venues in China (again, as reported by Huawei). 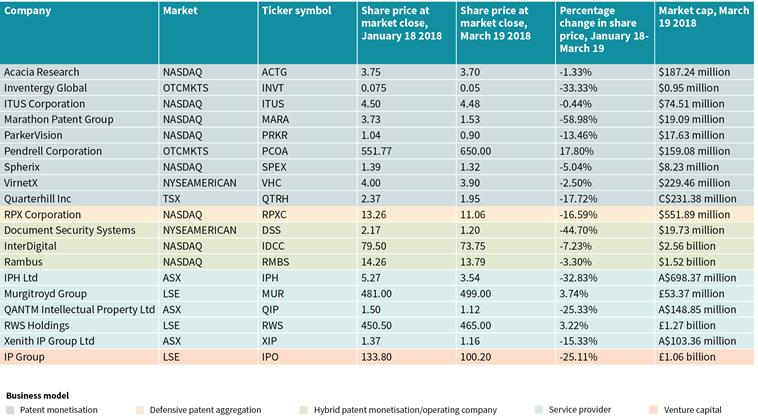 In March, InterDigital announced that it would acquire Technicolor’s entire patent portfolio in a deal valued at up to $475 million. In an exclusive data analysis for IAM, ktMINE provided us with a snapshot of each company’s patent portfolio at the time of the deal.

Technicolor’s portfolio (with Thomson Licensing as a subsidiary)

* Global families are pursued in the US and at least three jurisdictions among DE/EP, JP, CN, SK, TW, MX, IN