Incorrectly naming an RPI will not derail an IPR, Federal Circuit rules 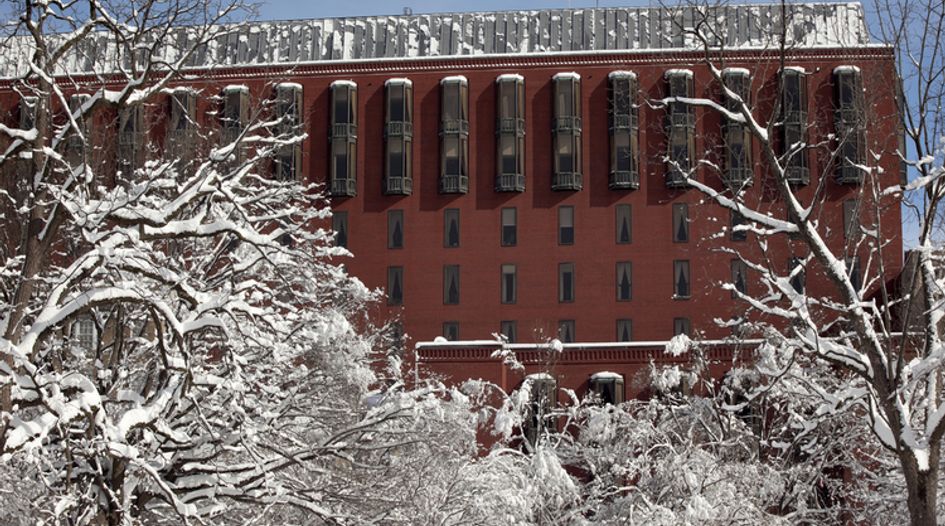 A recent Federal Circuit ruling shows that not all failures to name a real-party-in-interest will doom an IPR petition and that RPI designations may be corrected “in the interest of justice”. Jeff Vockrodt of Arent Fox explains

In Mayne Pharma Int’l v Merck Sharp & Dohme, the Federal Circuit upheld the PTAB’s final written decision invalidating Mayne Pharma’s US patent 6,881,745 over the patent owner’s objection that all real-parties-in-interest (RPI) were not properly named in the IPR petition.

The story began on 12th June 2015 when Mayne Pharma served MSD and its affiliates, Merck & Co Inc (MCI) and NV Organon, with a complaint for infringement of US atent 6,881,745. The lawsuit alleged that Merck’s orange book listed product Noxafil infringed the composition claims of the ‘745 patent. MSD fired back with a petition for inter partes review of the ‘745 patent on 11th June 2016, a day before the one-year bar of 35 USC Section 315(b) took effect. The judge in the Delaware litigation stayed the case in view of the IPR.

MSD filed the petition in its own name, listing Merck as the RPI without any mention of affiliates. Pointing to the statutory requirement that “the petition identif[y] all real parties in interest”, Mayne argued MSD’s petition was flawed for failing to list its parent company, MCI. During the IPR proceeding, Mayne took the position that the failure to name MCI as a real-party-in-interest doomed the petition because correcting this error would require resetting the IPR filing date and that would run foul of the one year bar of 35 USC 315(b). The board rejected Mayne’s 315(b) time bar argument and allowed MSD to add MCI without resetting the petition’s filing date.

Before reaching the merits on appeal, the Federal Circuit addressed the argument, raised by MSD and the USPTO as intervenor, that the one-year bar and RPI questions were not appealable. The court brushed aside appealability, noting that the time bar issue was not jurisdictional and it could address the merits for this reason. This seems to be a new angle on the appealability question that was not raised in Wi-Fi One v Broadcom or any other Federal Circuit case dealing with the issue. Given the Supreme Court granted certiorari days later in Dex Media Inc v Click-To-Call Technologies LP on whether 315(b) time bar issues can be appealed, the Federal Circuit’s novel treatment of appealability in Mayne is particularly interesting.

Turning to the merits of the 315(b) time bar issue, the Federal Circuit upheld the board’s authority to make corrections to a petition that are “in the interest of justice”. The court found that board had authority to correct the named RPI under its late action rule: “A late action will be excused on a showing of good cause or upon a Board decision that consideration on the merits would be in the interest of justice.” The court noted that MSD and its parent agreed to be bound by the estoppel effects flowing from the proceeding, and the board was properly apprised of conflicts so there was no harm in adding them to the proceeding.

Critical to the outcome here was that MSD could have filed a petition naming its parent without running into a 315(b) time bar. That was not the case in Applications in Internet Time v RPX. There, the dispute centered on whether a time-barred party, Salesforce.com, was in fact an RPI in a petition for IPR filed by RPX Corporation. The patent owner contended that RPX was a “proxy” for its customer Salesforce.com. If Salesforce.com had been named as an RPI in the petition, the whole proceeding would have been time-barred since Salesforce.com had been sued for patent infringement more than one year before the IPR petition was filed.

Because MSD could have filed a proper petition, the court focused at oral argument on whether there would have been any unfair prejudice to Mayne in permitting correction. Mayne tried to raise uncertainty about future estoppel and cost of litigating this issue. But the court suggested that Mayne wasted its time in pursuing this issue. The take-away is that the Federal Circuit is not going to throw out an IPR based on technical problem with the as-filed petition that could be corrected:

[U]nwinding the proceedings based on a strict view of the real-party-in-interest disclosure requirement would be at odds with the PTO policy . . . to secure the just, speedy, and inexpensive resolution of every proceeding.

Slip op at 12. While this decision provides relief for petitioners who make mistakes on identifying a real-party-in-interest, some caution is still warranted.

The board retains authority to decide the RPI question going forward and may require re-filing a petition where a party does not meet the interest of justice standard. The board has signaled that it will entertain updates to RPI in its precedential decision, Lumentum Holdings v Capella Photonics. However, it has thrown out IPR petitions for failure to name all RPIs (Gowan v Aceto, IPR 2015-01016 (PTAB 2nd October 2015). Given the non-appealability of decisions denying institution, petitioners should still use caution to ensure all RPIs are named in their petition for IPR.