Although China is not a common law jurisdiction, the decisions of authorities such as the Patent Re-examination Board (PRB) and the courts are nonetheless worthy of review. These decisions not only illustrate trends in the authorities’ practice, but also provide guidance on patent application drafting and prosecution in China.

This chapter focuses on certain key issues in the life sciences sector in light of several recent cases, with practical considerations to help practitioners and patent owners alike to better understand the IP situation in China and be more proactive in patent drafting, prosecution and invalidation.

The cases in which the doctrine of equivalents is applied are very limited, especially in the life sciences sector.

The courts at first and second instance both held that Tuote Biological had infringed the patent rights of Jinyu Diagnostics under the doctrine of equivalents and upheld Jinyu Diagnostics’ claims. In particular, the courts opined that Gly-Arg-beta-naphthylamide was equivalent to Gly-Arg-4-methoxy-beta-naphthylamide, based on the following analysis:

A criterion similar to inventive step is applied in the determination of equivalent technical features. In this case, had Tuote Biological provided evidence that the colouring result produced by the substance substituted with the methoxy group was significantly different from that of the patent at issue, the court would have come to a different conclusion.

Prosecution history estoppel is a limitation on the doctrine of equivalents and prevents the patentee from using equivalence to recapture coverage that was surrendered during prosecution or an invalidation procedure of the parent application and divisional application thereof. The surrendered coverage includes that which is abandoned through observation or claim amendments.

In an earlier case – Hubei Wushi Pharmaceutical Co, Ltd v Aonuo Pharmaceuticals (2009) – the Supreme Court provided guidance on how prosecution history estoppel prevents the patentee from using equivalence to recapture coverage that was surrendered during prosecution.

As seen in Hubei Wushi Pharmaceutical Co, Ltd v Aonuo Pharmaceuticals, claim restriction during prosecution limits the application of the doctrine of equivalents. Under current practice, arguments of disclaimer or restricting claims contributing to the allowance of a patent right will trigger the application of estoppel. Therefore, close attention should be paid to arguments or claim amendments that would result in expressly surrendering technical solutions during prosecution or an invalidation procedure.

Markush claims, as a special drafting method, are commonly used in pharmaceutical patent applications. Such a claim is often referred to as a ‘claim covering parallel alternatives’, in that all the technical features are either formulated as being selected from a collection of a series of options or directly defined as a series of options in parallel.

This dispute was temporarily resolved by the Beijing High Court in 2013. The court opined that a Markush formula compound claim is a set of parallel technical solutions.

However, in a recent case the Beijing IP Court took a different opinion. In Gilead Sciences, Inc v PRB (2016) the court held that a Markush claim constitutes a whole technical solution, rather than a set of several parallel technical solutions – thus taking the same position as the PRB.

The independent claim of the patent at issue related to a Markush formula compound. Among the definitions for the variables of formula, some alternatives were not described in the priority document. The priority document disclosed a Markush formula compound with a narrower scope and the subsequent formal application claimed a broader scope covering the narrower scope.

During the invalidation procedure, the PRB took its usual position that a Markush formula compound claim should be interpreted as a whole technical solution and the subsequent broader scope cannot be entitled to (partial) priority. Dissatisfied with the PRB’s decision, Gilead appealed to the Beijing IP Court.

The Beijing IP Court opined that a Markush formula compound claim constitutes a whole technical solution. In its judgment, the court explained why a Markush formula compound claim should not be regarded as a set of parallel technical solutions in light of the novelty requirements for a selection invention or numerical range as prescribed in the relevant guidelines.

From the above, a dilemma can be seen in the interpretation of Markush claims. If a Markush claim is interpreted as a whole technical solution, there will be no room to amend the claim by deleting Markush alternatives during the invalidation procedure, because the amendment method is very strict during this procedure. Another important issue raised by such an interpretation is partial priority. The so-called ‘poisonous divisionals/priority’ issue continues to arise in China, although it was recently settled by the European Patent Office (EPO). In late 2016 the EPO Enlarged Board of Appeal issued an order in connection with Referral G1/15 (partial priority/poisonous divisionals), whereby partial priority was not refused for Markush claims.

To avoid the dilemma over Markush claims, when drafting a patent application which constitutes a basis for claim amendment during prosecution or a priority document for a subsequent application, it is recommended that more technical solutions be described for subsequent prosecution claim amendments or the priority basis. The primary strategy is to provide an array of intermediate ranges of scope in an inverted pyramid manner, in addition to a broad scope of technical solutions. Another strategy for providing more options for subsequent prosecution claim amendments or priority basis is to separately define each variable of the Markush formula compound, layer by layer.

For example, with regard to a Markush formula compound including variables R1 and R2, R1 can be further divided into sub-class R1A, R1B and so forth, where each sub-class is defined separately. R2 can be drafted in the same way. At the same time, a statement can be included in the description that “the present invention also includes the technical solutions by combing any one of (R1A, R1B… and R1H) with any one of (R2A, R2B… and R2H)”, so as to include any combination of each variable. A cross-table may also be provided to achieve the above objective. The two strategies may be used together in one patent application.

When drafting claims, layer-by-layer protection of a Markush formula compound in an inverted pyramid manner is recommended, so as to provide more opportunities to withstand the challenge from invalidation requests.

The Chinese authorities’ patent guidance is particularly helpful, from the early stages of drafting and prosecution to the later stages of invalidation and litigation.

In light of prosecution history estoppel, patentees are advised to formulate a certain number of dependent claims by picking one dependent claim as the basis for further prosecution when claim amendment becomes necessary, so as to avoid triggering the potential estoppel by claim amendments. Attention should also be paid to arguments which would result in expressly giving up technical solutions during prosecution or an invalidation procedure.

Considering the uncertainty of construing Markush formula compound claims, it is recommended that more genus technical solutions be described for subsequent prosecution claim amendments or priority basis, by either providing an array of intermediate ranges of scope in an inverted pyramid manner or separately defining each variable of the Markush formula compound layer by layer and providing multiple combinations of the variables. 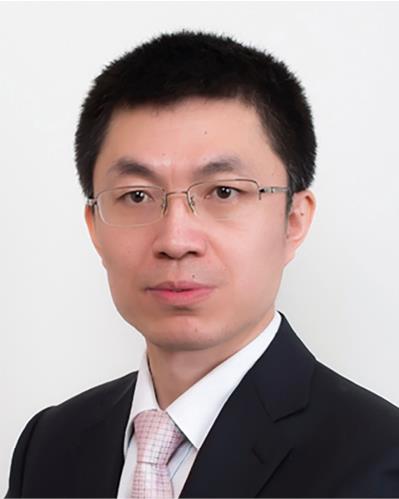 Dr Liu started his IP career with Liu, Shen & Associates in 2007. He has represented several large international companies in renowned invalidation cases. He also does significant work in preparation of patent infringement, validity and freedom-to-operate opinions.

Dr Liu obtained a BS in chemistry and a PhD in organic chemistry, both from Fudan University (China). Moreover, he obtained an LLM in IP law from John Marshall Law School. 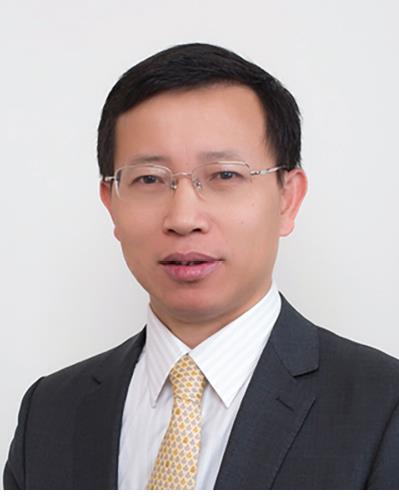