How SMEs can beef up their IP budgets 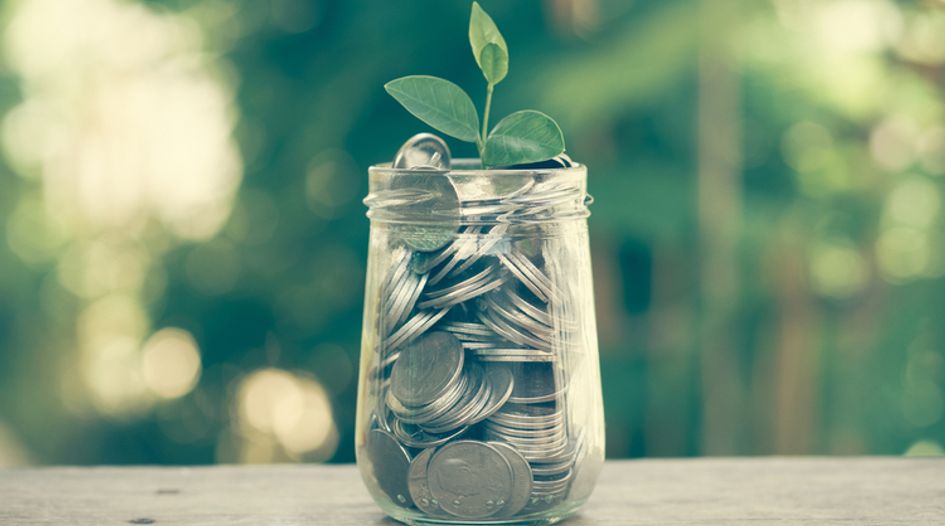 With limited budgets, IP professionals working inside tech start-ups and SMEs have to think smart to get the most bang for their buck. Dan Buri and Mark Jones of Vitek IP explain

Compared to large, well-established businesses, developing tech companies must often contend with limited resources for managing their intellectual property. This can be tough, especially when in-house counsel are regularly called upon to deal with other day-to-day legal concerns. The resource issue most commonly expressed by counsel is lack of money, which hamstrings the execution of even the simplest strategy. There are many reasons for this, but at the root is the natural tendency of upper management to defer investing in IP, usually because this is generally a long-term proposition and a growing business always has many more immediate needs. However, deferring IP investment often leaves growing tech companies at a disadvantage as their patent portfolio is outpaced by the growth of the business.

The most-used tactic for saving money is to triage maintenance review. As the maintenance payment window nears, it is essential to review whether that patent should be kept alive. Regular maintenance review is common practice, but for companies that have not previously executed this strategy, a full portfolio review can be a proactive solution for a one-time influx of cash savings. A judicious and scrupulous appraisal on which patents to keep and which to cut is the hallmark of a strong patent programme.

A common question is: “How should our company decide which patents to keep and which to abandon?” There are three prime areas on which to focus.

Consider a hypothetical growing tech company with a modest portfolio of 50 US patents. A review of filings may reveal upwards of 10 patent filings that are narrow, redundant or non-core. For young patents that are approaching the first maintenance fee window, abandonment would save $6,300 for a small entity over the lifecycle of the patent, while abandoning all 10 would save $63,000. If the company has more than 500 employees, which many growing tech companies do, it no longer qualifies for small-entity status, in which case the cost savings double to $12,600 over the lifecycle of the patent and $126,000 from all 10 patents. Such funds can be directly re-invested into newer and stronger filings – and this is without taking into account the time and cost savings from the ongoing management of the patents.

However, when performing a maintenance review, always be judicious with which patents to keep. One thing to consider is the indirect effects that abandoning assets can have on the business as a whole. For example, as your company grows, it will naturally adjust its course in the marketplace. This may leave some patent applications less germane than when they were first filed and thus ideal candidates for abandonment. However, continuing to maintain a select few can be advantageous for potential licensing opportunities or if the company decides to tack back. In addition, the discipline of applying a dispassionate review under the constraint of always having to keep something for an undefined future can be helpful in teasing out the real value and quality of each asset, which is crucial for the value and quality of the portfolio as a whole. If questioning whether to keep or abandon a particular patent, companies should err on the side of keeping the asset.

An important data point over the course of the review is the cost savings that result from maintenance fees each year for the would-be lifecycle of the patents. Creating a detailed report of such savings for the money decision makers displays your department’s fiscal responsibility and can help to persuade them to add any reduced expenses to future budgets.

Using intellectual property as an asset in broader business deals

Some strategies for generating cash from patents are well known. For example, it is common practice for companies to divest themselves of non-core technology from which they have pivoted. In addition, some tech companies leverage their patent portfolios in licensing efforts. Both strategies help to shift the perception that the IP department is merely a cost centre and relieve some of the short-term pressure often applied by management. However, these avenues to patent monetisation are not available to a large number of companies. Licensing creates a slew of complications, not least of which is disrupting the vendor and partner ecosystem. In addition, patent divestment can be a difficult proposition for a tech company with an eye on technological expansion. However, one often under-utilised strategy that growing tech companies should consider is to leverage their intellectual property in partner and vendor negotiations.

Using intellectual property as an asset in broader business dealings is not designed to be a threatening approach – quite the opposite. Educating potential partners and vendors on the value in creating a shared ecosystem can help to create premiums by adding weight to agreements made during final negotiations. This is clearly an art – and we have seen as many variations of this as we have deal structures – but the underlying key to success is always a clearly quantified and early patent assessment. Setting out the value of a portfolio at the start of a deal, even if some of the assets are only tangentially related, is essential for maximising the upside. Even plans for IP growth can be valuable and will often tip the balance in delicate negotiations.

For example, in recent discussions between two medical software companies on the specifics of creating and releasing a joint product in the market, one party was finding it difficult to reach favourable terms on two items in particular. Both sides were a small percentage apart on the agreed distribution of value that would be allocated to each company from the product’s success. Company A wanted a 60%-40% split, while Company B was after an even 50%-50% division of revenue. Additionally, since Company A was investing most of the engineering personnel into the development project, it was important to it to retain the intellectual property. With some guidance, the CEO congenially introduced the company’s modest but growing portfolio of 15 issued US patents and applications into the discussions. By demonstrating the unique value of its patents and agreeing to offer a broad non-exclusive licence, Company A was able to retain all rights to the newly developed intellectual property and reach an agreement on a 57%-43% split of revenue – a percentage allocation much closer to its desired position.

Rather than letting intellectual property sit on the shelf until it must be enforced, smart tech companies regularly utilise it as an asset in broader business dealings. It can create considerable value for the company; sometimes this is tangible and trackable, while at other times it is hard to quantify, but the positive business effects are observable.

Creating an IP strategy that fits

Every industry and company is different. Strategies that might work for mid-sized companies in the medical device space are unlikely to be suitable for a small software start-up. The key is to create a comprehensive IP strategy that fits your company’s current needs and then regularly review this plan as the company grows and pivots. No single strategy is likely to be the IP silver bullet, especially when it comes to increasing your IP budget. Thus, a variety of strategies should be used to stretch every allocated dollar in order to exact maximum value.

This is an extract from a longer article on how to get the most out of your budget that will be published in the next issue of IAM. It will be available to subscribers at the start of December.