A lot of water has flowed under the bridge since the United States enacted the Drug Price Competition and Patent Term Restoration Act 1984, commonly known as the Hatch-Waxman Act. The most significant development since its enactment has been the establishment of the World Trade Organisation (WTO) and the adoption of the Agreement on Trade-Related Aspects of Intellectual Property (TRIPs) by WTO member states.

TRIPs significantly altered the IP regime in India, prompting the country to materially amend its IP legislation, particularly the Patents Act 1970, in order to meet its obligations under the international treaty. The implementation of TRIPs was a watershed for the Indian pharmaceutical industry albeit not all pleasant to begin with. For an industry that had, hitherto, thrived on process patents, reverse engineering and no R&D costs, TRIPs required pulling up socks and that too significantly, giving rise to concerns that its implementation could adversely affect the health needs of domestic consumers, particularly with regard to access to affordable medicines, as the domestic industry would no longer be able to ensure affordable access to medicines in the face of TRIPS-created constraints. It was then that the Bolar exemption provided much-needed relief to the Indian pharmaceutical industry. This provision – coupled with compulsory licensing and a prohibition on ‘evergreening’ – has played a key role in the development of India’s generic pharmaceutical sector as the ‘pharmacy of the world’.

The Bolar exemption originally set out in the Hatch-Waxman Act is an exemption to the patentee’s exclusive rights. The Act essentially overturned the US Federal Circuit’s ruling in Roche Products v Bolar Pharmaceutical (733 F2d 858, Federal Circuit, 1984) against generic drug manufacturer Bolar, which was using Roche’s patented active pharmaceutical ingredient and making generic versions of its drug in order to conduct clinical trials, which were essential to secure regulatory approval from the US Food and Drug Administration. Accordingly, the exemption that enables generic manufacturers to experiment with patented drugs and produce them in limited quantities for research became known as the Bolar exemption. The exemption enables generic drug manufacturers to use an inventor’s pharmaceutical drug before the patent expires, which not only aids in the early launch of generic versions of the drug once the innovator drug’s patent term ends, but also promotes further R&D. In India, the exemption is set out in Section 107A of the Patents Act and is comparatively broader than its US equivalent. While the US provision restricts the safe harbour available to generic manufacturers to making, using, offering for sale or selling the patented invention solely for uses that are reasonably related to the development and submission of information under US federal law in the United States only, its Indian counterpart does not specify such territorial limits. Thus a sale – even if outside India – will fall within the sweep of Section 107A if it is reasonably related to the development and submission of information required for regulatory approval under the law of the country in which the sale takes place. The scope of the Bolar exemption in India has been the subject of a dispute between Natco Pharma Limited (NPL) and Bayer Corporation, which came before the Delhi High Court in a writ filed by Bayer Corporation (WP (C) 1971/2014).

The ambit of the Bolar exemption when the drug has been already compulsorily licensed was discussed in detail last year by the Delhi High Court. The case involved the drug sorafenib tosylate, Bayer’s patented drug marketed under the brand name Nexavar. Nexavar, incidentally, is also the first drug to be compulsorily licensed in India under Section 84 of the Patents Act. Considering that Bayer’s patent in the drug subsists until 2020, the grant of the compulsory licence itself did not go very well with the German company, which approached the Supreme Court seeking to have it cancelled under Article 136 of the Constitution. Bayer failed in this attempt and in the meantime NPL began exporting the drug outside India.

Bayer then filed a writ before the Delhi High Court seeking the issuance of direction to the customs authorities to confiscate the consignment containing the drug manufactured by NPL, as it violated the terms of the compulsory licence, which clearly stipulated that the licence had been granted for the sale of the drug within the territory of India. In the first hearing, the court – in consonance with the absolute categorical conditions under which the compulsory licence had been granted – directed the Customs to ensure that no consignment containing the pharmaceutical drug covered by the compulsory licence be exported from India, while NPL was asked to apply to the court for permission in case it wanted to export the drug for clinical purposes.

Accordingly, NPL applied for permission to export 15 grams of the drug for clinical trials. In view of the small quantity of the drug involved, even Bayer had no objection and the export was accordingly allowed. However, problems arose when NPL sought permission to export 1 kilogram of sorafenib tosylate in order to sell it to a Chinese company, which would then use it to conduct clinical studies and trials, as required under the Chinese rules and regulations governing this area. Bayer opposed the grant of permission, contending that Section 107A is restricted to India and does not cover the export of patented products for use by an overseas importer to conduct studies and generate data that can then be used to seek regulatory approvals. Further, Bayer also argued that the language of Section 107A does not permit exports as the expression ‘export’ is not mentioned in the provision. However, neither of these contentions found favour with the court. Instead, it observed that Section 107A of the Patents Act covers any sale of the patented invention which is required to develop and submit information under any law in a country even other than India, provided that there is a reasonable nexus between the sale of the patented product and the submission of information under the law of the country in question – in this case, China. The court further clarified that the expression ‘sale’ is wide enough to include cross-border sales (ie, exports) and, as such, exports need not be expressly mentioned in the section.

Should stockpiling be included within Bolar’s ambit?

While there is no doubt that the Bolar exemption has been given a wide ambit in India, it would further be beneficial if the stated exemption also allowed generic manufacturers to stockpile generic versions of the patented drug six months before the patent was due to expire. This would ensure that the generic drug could be launched in the market as soon as the patent term ended. An exemption of this nature was provided for by the Canada Patent Act. However, the exemption was challenged on grounds of inconsistency with Article 30 of TRIPs and an action was initiated before the WTO Dispute Settlement Body, following a complaint by several European countries. India was also a third party before the panel and fully supported the Canadian provisions. However, the WTO panel ruled against Canada, which consequently removed the impugned provision. The decision was not appealed.

Given that the exemption would surely be a boon for India’s generic industry, India may still try to incorporate it within its patent legislation on the grounds of compelling public interest. After all, the country is on course to become the diabetes capital of the world, meaning that the need for affordable access to medicines is likely to increase significantly. 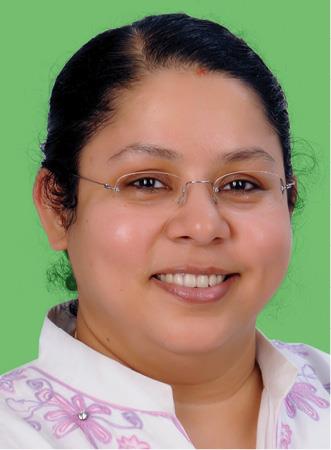 Manisha Singh is a founding partner at LexOrbis. She has over 15 years’ experience in prosecuting IP matters in India and internationally. As an IP attorney, Ms Singh has the unique distinction of practising intellectual property at both the prosecution and enforcement levels. She regularly represents clients as their litigating counsel at the Supreme Court of India and various high courts. Her rich experience in all aspects of the IP domain is also reflected in her prolific academic and research-oriented writing contributions. 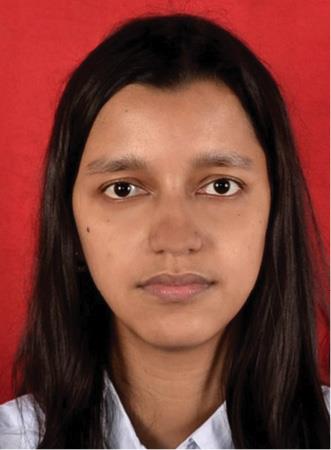 Priya Anuragini is an associate with the trademarks team at LexOrbis. She has an LLM in business law from the National Law School, Bangalore and writes extensively on IP issues. Ms Anuragini’s areas of interest include non-conventional trademarks, copyright regimes in the digital context and standard-essential patents with regard to competition issues.