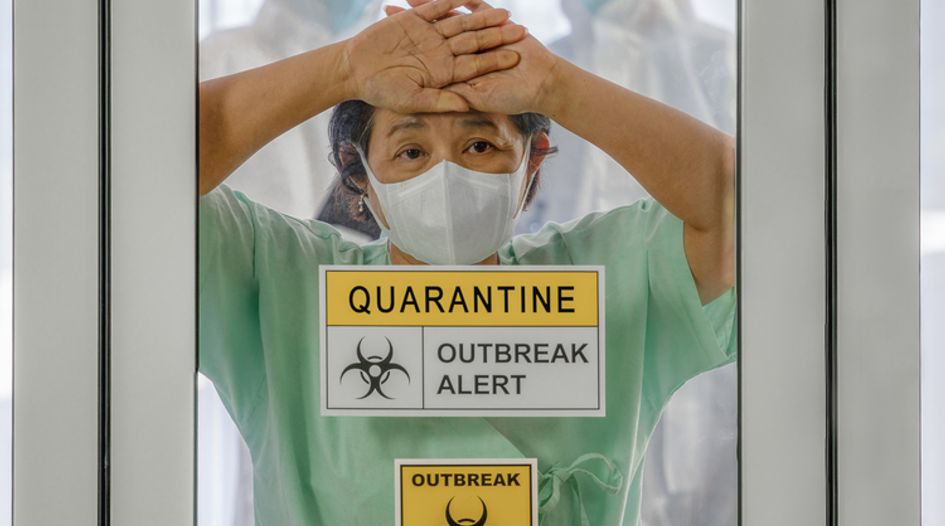 Recent days have seen yet more politicians from around the world call for the mandatory licensing and pooling of IP relating to covid-19 vaccines and treatments. This follows the adoption of new compulsory licensing policies in a number of countries since March.

Despite several key innovators in the field voluntarily waiving their rights and entering into non-exclusive licensing agreements to ramp up production, concerns about widespread access to breakthrough medicines are growing, not just in the low-income countries, but in Europe, too. Concerns have been heightened by the recent comments of Sanofi’s CEO that the United States would be prioritised if either of the company’s candidate vaccines prove effective.

Worries that IP rights might prevent affordable access to potential coronavirus drugs or vaccines  have been expressed since at least March; and a plethora of new compulsory licensing law and policies have already been adopted (as detailed in this IAM article).

In March, Israel issued its first ever compulsory licence under Section 104 – which gives the patentee no right to judicial review - for AbbVie’s Kaletra, following concerns about the drug’s availability. Canada, Germany and France have significantly beefed up their march-in regimes, while legislators in Chile and Ecuador are also taking steps in that direction. More recently, Brazil’s Congress is said to be drafting a law to grant compulsory licences on all patents relating to covid-19 treatments.

On 14th May, 140 political leaders and economists released a letter, drafted by UNAID and Oxfam, calling for all vaccines, treatments and tests to be made patent-free in order to be made available to all. It asks for a global agreement to ensure “mandatory worldwide sharing of all covid-19 related knowledge, data and technologies with a pool of covid-19 licences freely available to all countries”. Signatories include Pakistan’s Prime Minister Imran Khan and South African President Cyril Ramaphosa, as well as former leaders of New Zealand, Portugal, Finland and Romania.

On the same day, members of the European Parliament from across the political spectrum expressed support for compulsory licensing as a means of ensuring access for Europeans to an approved covid-19 vaccine. And two healthcare access groups – Doctors Without Borders and Third World Network – have recently asked the Indian government to invalidate three Gilead patents protecting remdesivir – the only drug approved in the US for emergency treatment of covid-19.

Several rights holders have themselves taken voluntary steps to ensure wider access to their medicines. Last week, Gilead entered into non-exclusive, royalty-free licensing deals with five generic pharma companies in India and Pakistan to build up supplies of remdesivir for distribution in 127 mainly low- and middle-income countries. These arrangements allow the licensees to set their own prices for the generic version of the drug. Gilead has further promised to donate 1.5 million doses.

This followed the announcement by the University of Oxford that it has partnered with AstraZeneca on a non-exclusive basis to expand manufacturing of its promising ChAdOx1 vaccine candidate. AstraZeneca will in turn work on a not for profit basis with sub-licensees around the world to distribute the vaccine, if approved. In an interview with IAM shortly before the announcement, Oxford University Innovation’s chief operating officer explained that the university is offering non-exclusive, royalty-free licences to all of its coronavirus technologies, until the end of the pandemic.

Other voluntary measures (covered in more detail here) include AbbVie’s declaration that it will not enforce its Kaletra patents, Johnson & Johnson’s commitment to bring its potential vaccine to the market on a not-for-profit basis, Novartis’ promise to make any IP on its repurposed hydroxychloroquine available, and the commitment of more than 15 large companies to share proprietary information with each other.

However, concerns about covid-19 IP remain. Partly due to negative perceptions of patents, these also reflect anxieties about the difficulties of meeting the inevitably huge demand for approved vaccines or drugs. This has left countries (especially lower- or middle-income) worried about being forced to the back of the queue for vital medicines.

The situation has not been helped by fears of ‘vaccine nationalism’, stoked up recently by Sanofi CEO Paul Hudson’s comment that: “The US government has the right to the largest pre-order [of Sanofi’s experimental vaccines] because it’s invested in taking the risk.” This provoked an angry response from French Prime Minister Édouard Philippe and inspired the European Union legislators to call for a compulsory licensing plan. Sanofi has since repudiated Hudson’s comments, but similar concerns arose in March when it emerged that President Trump had allegedly attempted to secure exclusive access to a vaccine being developed by CureVac.

Pharma innovators are seeking to quell these worries. Novartis’ Head of IP Affairs recently explained to IAM why he believes IP will not be a barrier to access and is in fact crucial to our response to the pandemic. The director-general of the International Federation of Pharmaceutical Manufacturers and Associations made a similar argument in the Financial Times this week.

But scrutiny of rights holders’ covid-19 policies is only likely to intensify in the coming months. The most sensitive question will be the extent to which companies are willing to move from a case-by-case approach to waiving their IP rights to a blanket commitment to pooling all of their related knowledge and exclusivities; for example, by signing up to the Open COVID Pledge or making a sweeping commitment to the proposed WHO patent pool.

Biopharma innovators have so far been resistant to what they call a “one-size-fits-all” approach to IP licensing. The big question now is whether they can continue to hold that line.