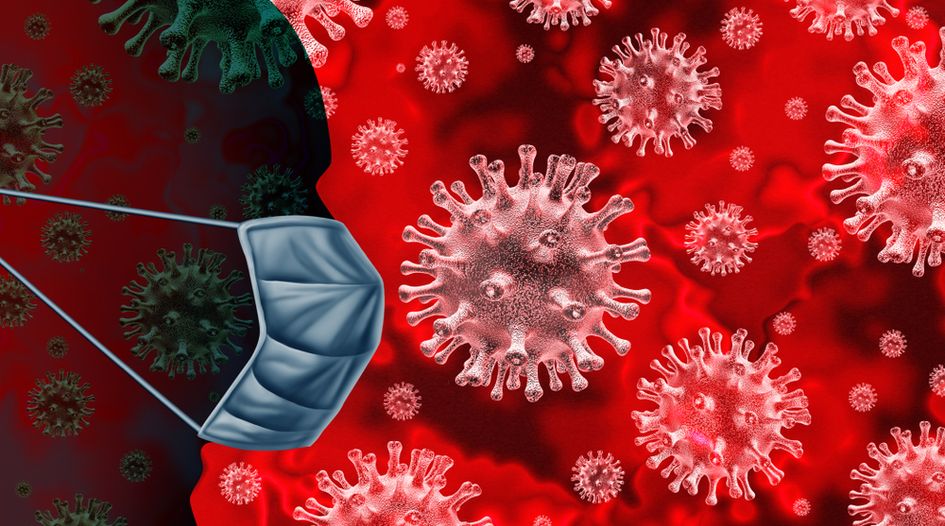 Last week, IAM reported that the Wuhan Institute of Virology is applying for a patent on the use of antiviral remdesivir to treat the novel coronavirus plaguing the central Chinese city and spreading around the region. The news set off alarm bells in some quarters because remdesivir was developed by US biotech firm Gilead Sciences.

But multiple patent practitioners told IAM that the patent application will have a tough time satisfying the Chinese National Intellectual Property Administration’s (CNIPA’s) requirements for novelty and inventive step given previous Chinese patent filings by Gilead. They identified one particularly problematic piece of prior art for the Wuhan lab – a Gilead application published by CNIPA in 2018 which is directed to remdesivir’s use against SARS, MERS and other illnesses in the coronavirus family.

At an internal company event the day after the news broke, Gilead CEO Daniel O’Day was sanguine about the development, telling employees: “the patent is not at the forefront of our mind”.

Gilead CEO's response on Wuhan Institute of Virology patent application for the use of Remdesivir to treat coronavirus. "Patients first" Well said!👍 pic.twitter.com/csLCMThnOf

O’Day said he had conferred with the company’s internal patent team and confirmed that the company had applied for patents covering the remdesivir compound and uses including coronavirus all around the world, including in China. But the executive underlined: “We will not get into a patent dispute.”

The company does not appear to have issued any public statement globally about the Wuhan patent application. However, over the weekend it issued a press release in Chinese which details its efforts to test remdesivir in China and addresses the patent story head-on.

While remdesivir is not approved for use anywhere in the world as of now, Gilead received speedy approval to conduct human clinical trials in Wuhan from China’s Food and Drug Administration (CFDA). The company says it is “maintaining regular communication with government agencies”. On this point, it may be worth remembering since a 2018 shake-up of China’s bureaucracy, the CFDA and CNIPA are part of the same super-regulator, the State Administration for Market Regulation.

Gilead’s statement draws attention to its own coronavirus remdesivir patent filed three years ago, but acknowledges that it can’t comment on the Wuhan institute’s filing because it is not exactly clear what the unpublished application claims. The tone is decidedly unconfrontational. “Gilead has no right to interfere with whether the patent office grants patents to Chinese researchers,” the statement reads.

Finally, the company addresses an elephant in the room: “We believe that it is too early to discuss any compulsory or other types of licensing at this stage.” Gilead says it hasn’t discussed production costs or potential financial returns with Chinese regulators. It is providing the drug free-of-charge for use in the trials.

You can never say never in the world of Chinese patents, and practitioners often remark that the system works efficiently and fairly, except for the nebulous realm of ‘sensitive’ cases. There is no doubt the novel coronavirus is a sensitive issue having caused unprecedented economic paralysis and a mounting human toll in China.

Still, if Gilead’s executives seem sanguine about the patent issue, it’s probably because they appreciate that their number one IP-related business risk is not a compulsory license or an interfering application in China. It is almost certainly the potential for bad press in the midst of a crisis.