Cause for concern in German patent reform proposals 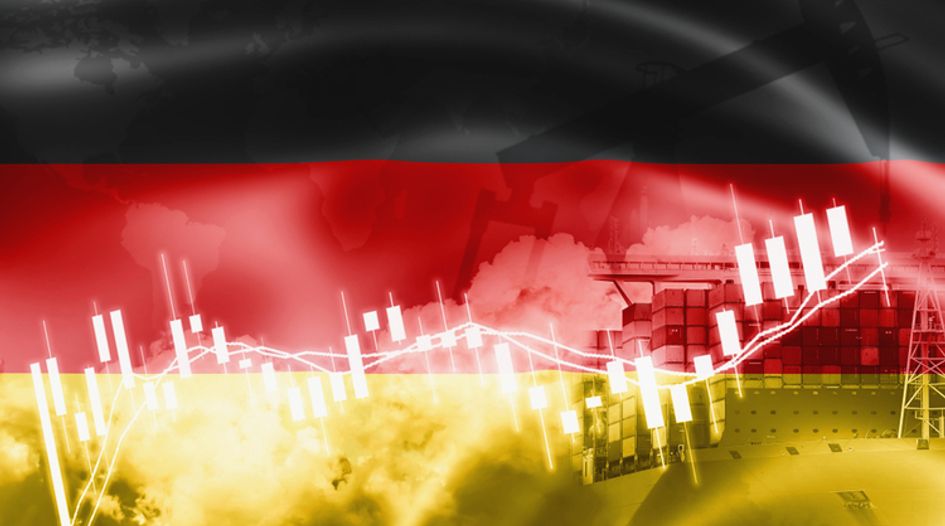 Although there are some welcome aspects to a recent German Ministry of Justice discussion paper on patent reform, writes Haris Tsilikas, proposals on injunctive relief look to be ill-conceived and potentially harmful

The German Ministry of Justice recently published a discussion paper (Diskussionsentwurf) putting a series of changes to the German Patent Act (Patentgesetz – PatG) up for consultation. Some of the suggested changes concern a better streamlining of patent infringement and validity proceedings within the existing German bifurcation system, the protection of confidential information in patent infringement trials, and - most importantly - the introduction of a proportionality clause regarding the granting of injunctive relief.

To improve the coordination between patent infringement and validity proceedings, the discussion paper proposes an amendment to the German Patent Act to the effect that the Federal Patent Court - which has exclusive jurisdiction over issues of patent validity - would ex officio share a preliminary opinion on the validity of the patent asserted in parallel infringement proceedings with the competent infringement court within six months after a nullity action has been filed. Thus, according to the Ministry of Justice, infringement courts will be in a better position to decide whether to order a stay of the infringement proceedings, in case the preliminary opinion expresses serious doubt regarding the validity of the patent in suit.

This proposed amendment  to the Patent Act appears to be a welcome step in the right direction, provided further administrative steps are taken with a view to strengthening the human resources of the Federal Patent Court, to ensure that the latter has the capacity to deliver well-reasoned preliminary opinions.

The discussion paper also touches upon the sensitive issue of the protection of confidential information. Contrary to other major jurisdictions, such as the UK and France, that provide for various forms of protection of confidential information in patent trials, German law does not explicitly address the issue of confidentiality in civil proceedings. The discussion paper proposes extending by analogy the provisions of the German Act for the Protection of Trade Secrets (Geschäftsgeheimnisgesetz) implementing the EU Trade Secrets Directive to the protection of sensitive information in patent litigation. This is a sensible approach that has already been espoused by parts of German academia.

The most important and controversial proposal in the discussion paper is the introduction into the German Patent Act of an explicit proportionality clause for granting injunctive relief in cases of infringement. More specifically, the proposed clause would amend section 139(1) PatG by precluding claims to injunctive relief (Unterlassungsanspruch) in particular circumstances where the granting of an injunction would be disproportionate (unverhältnismäßig) in view of the hardship it would inflict on the infringer, taking into account the interests of the patent holder and the requirements of good faith more broadly.

It is the view of the Ministry of Justice that the current regime is in need of reform. The discussion paper discusses in detail both the requirements for an infringer to be entitled to a ‘freezing’ of the injunctive remedy and the rationale behind the proposed amendment.

In particular, the proportionality clause could take effect in cases in which the granting of an injunction would imply “particularly severe and disadvantageous” economic consequences to the infringer. This would be the case, for instance, where an infringer has already made “extensive investments” in implementing the patented technology, or where the infringing product is complex and includes several infringing and non-infringing elements.

If, in the latter case, the patent in suit reads on a secondary and non-functional element of the infringing product, the granting of an injunction might engender severe economic consequences for the infringer in the sense of the proposed amended section 139 PatG. Whether this fact alone could justify limitations of the right to injunctive relief could, however, be questioned. It will usually be possible to work around non-functional elements of a complex product, so that the risk that an injunction could result in particularly severe disadvantage - for instance by causing a production stop - appears to be low.

The behaviour of the infringer might also be relevant. Where it has diligently performed a freedom-to-operate analysis, or where it has sought to conclude a licence agreement in good faith, these factors might weigh in favour of precluding the granting of injunctive relief in particular circumstances.

According to the discussion paper, the interest of the patentee in an injunction could also be factored into the analysis under the amended section 139 PatG. A dominant monetary incentive - as opposed to the protection of a competitive position in the market - could weigh in favour of excluding the right to injunctive relief, although the authors of the discussion paper make an effort to distinguish in this regard between commercial NPEs and other upstream operators, such as universities and research centres. The discussion paper explicitly acknowledges that this factor is designed to address concerns raised by sectors of German industry, in particular the automotive industry and telecoms network operators, that their operations can be shut down following an infringement action by an NPE.

However, fears of potential abuse of the right to injunctive relief by NPEs appear overblown in the European context. Recent academic scholarship has convincingly made the case that NPE patent assertions in Europe are at a far lower level compared to the US. In particular, civil procedure and the absence of punitive treble damages for patent infringement in European jurisdictions make for a far less propitious environment for the kind of NPE patent enforcement familiar in the US. Hence, concerns over NPE activity in Europe and in Germany seem to lack a solid empirical basis. Apart from that, there is no legal basis for treating practising and non-practising patent holders differently. German patent law neither requires the patent holder to use the patent nor changes the scope of protection, when this in not the case.

The Ministry’s concrete proposal for amending Section 139 PatG relies heavily on a 2016 decision by the Federal Court of Justice (Bundesgerichtshof - BGH) in Heat Exchanger (Wärmetauscher, GRUR 2016, 1031). In this case, the BGH considered - for the first time in the context of patent law - the possibility of granting the defendant in a patent infringement suit a period of use before a cease-and-desist order is put into effect in cases where:

In Heat Exchanger, the BGH did not specify the appropriate extent of the period of use.

However, the reliance on Heat Exchanger could be problematic. The case is relatively recent and German infringement courts have not had sufficient time and opportunity to elaborate on how the requirements for a period of use set out by the BGH can be applied in practice. The devil is always in the detail.

Moreover, the Ministry of Justice seems to go well beyond what the BGH ruled in Heat Exchanger. Specifically, the discussion paper expressly states that a period of use may stretch for months, years or even indefinitely.

Importantly, the permanent suspension of the injunctive remedy would circumvent the strict conditions of section 24 PatG which requires:

These requirements are generally interpreted narrowly by German courts and actions for the grant of a compulsory licence are rarely successful. What’s more, an indefinite suspension of the right to injunctive relief could place the patent holder in the unfavourable position of constantly having to file claims to recover damages or wait until the expiration of the patent for recovering the total damages, something which could take years.

Thus, although the discussion paper acknowledges the crucial importance of the injunctive remedy for the security of patent rights in Germany, and the importance of the patent system for an innovative economy, the proposed proportionality clause may, in the long run, bring about an undesirable weakening of patent protection.

Since the implications of the proposed amendments could potentially be so far-reaching indeed, the necessity of the proposed amendment appears questionable. Contrary to the widespread view among commentators and some industry stakeholders that injunctions in Germany are automatic, one needs to consider the safeguards against disproportionate injunctions that already exist.

In particular, this applies to the enforcement of injunctions. To put a cease-and-desist order into effect, the plaintiff must provide for appropriate security for the financial harm caused to the defendant by the enforcement of an injunction that is subsequently overturned on appeal. This security can reach staggering figures of hundreds of millions of Euros, as was the case in the recent Qualcomm v Apple case before the Munich district court. Moreover, the higher regional court (Oberlandesgericht) hearing an appeal against a first instance ruling granting an injunction has the power to stay the enforcement of the order pending the final adjudication of the case.

For several decades Germany has been the forum of preference for patent litigation in Europe and for good reason. Not only does it provide for highly competent, efficient and experienced judges, but also for strong, reliable and secure patent rights. A strong patent system has, in turn, served Germany well, contributing to the emergence of the country as an economic and innovation powerhouse. Cease-and-desist orders as a default remedy for patent infringement are a crucial component of the German patent system and an erosion of the right to injunctive relief would not bode well for the future. One has only to look to the US and at how eBay has substantially weakened patent protection by raising the bar for rights holders to obtain injunctive relief.

It is important to note, though, that there is still a long way to go until the proposals in the discussion paper are enshrined into law. There is a period of consultation until 10th March, during which time interested parties are invited to submit their comments on the proposed amendments. Following that, the Ministry will prepare a draft bill, which will most likely again be open for public consultation. The final draft will then take the legislative route, a process that can be expected to last for several months.