Microsoft and Google’s public legal battle is perhaps the best example of the lengths that a company will go to hire the strongest player available. In 2005, Microsoft was embroiled in a lengthy fight with Google to prevent the latter from hiring Kai-Fu Lee, Microsoft’s vice president for search technology.

The key to outshining competitors is to not just lead but to lead by invention. While innovation can put a company a mile ahead, invention will take it as far as it wants to go. This is where hiring the right people comes in.

Hiring is an expensive business

According to PwC’s 2017 CEO survey, chief executives see lack of talent and skill as the biggest threat to business. Further, the Society for Human Resource Management states that employers in the United States spend an average of $4,129 per job. The following chart shows the average that companies spend to train a single new employee.

Why do companies spend a fortune on hiring?

The statistics show that a huge amount is spent on hiring because the right people help a company to gain a competitive edge. The right person has revolutionary ideas, which they can make reality. They innovate, file patents and monopolise the sector – one of the best ways to rise above the competition.

How to hire the right person

The entire hiring process is in ruins – this cannot be emphasised heavily enough. According to research by management consulting firm Korn Ferry, nearly 40% of US companies have outsourced most of their hiring to recruitment companies. These outsourcers then hand the work to sub-contractors, who ransack social media and platforms such as LinkedIn. They look for traces that people leave on the Internet and utilise user-tracking to shortlist the right candidates. This is further supplemented with the potential applicant’s curriculum vitae. However, more often than not this process does not benefit employers.

So how should hiring be done? There is a way to get the best fit first-time round. This process is known as lateral hiring and works on the premise of ‘keep your friends close and your enemies closer’. A company must find its ‘enemy’ and see the talent in their team that it would want on its side. The business world is flooded with examples of this – look no further than Amazon, Facebook and Alphabet.

How to identify a potential inventor

Shifting tendencies of inventors
A simple way to find an inventor who would willingly join a company is to look at their tendency to change jobs and then to examine all the different assignees with which they have filed patents. Someone who has had one job change is more likely to switch, compared to someone who has never done so. This tendency to move on can be combined with other parameters to home in on the perfect candidate.

One need only look at the top inventors at Facebook and how many jobs they have previously held. In some cases they have run their own start-ups. For example, Ying Zhang is one of Facebook’s leading inventors. She started her career at Ericsson, where she was among the company’s top patent contributors. After spending more than five years there, she moved to HP. Two years later she moved to Facebook.

A broader overview of top patent holders in leading tech organisations will show that many of their inventors came as a result of switching jobs. 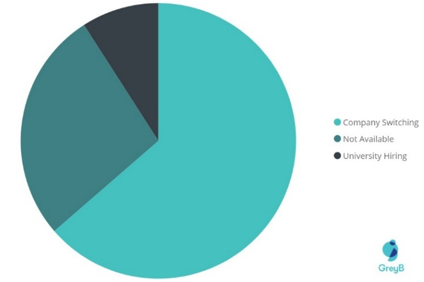 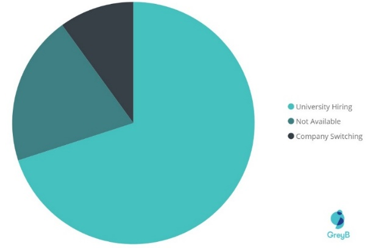 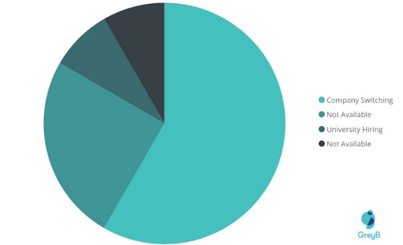 Clarity of thought
Once a company has found a potential candidate, it should look at other qualities to gauge whether they meet its requirements.  One important characteristic that CEOs look for in potential employees is clarity of thought –  indeed, Microsoft’s CEO Satya Nadella listed it as one of two desired qualities in an applicant.

Patents throw light on an inventor’s clarity of thought. There are multiple ways of gauging this:

These factors can be complemented with other data points, such as average grant time for a particular inventor or the average number of rejections that they have faced. However, it is worth considering potential inhibiting factors (ie, the complexity of the tech domain).

For example, two of Google’s leading inventors in AI – Wei-Hao Lin and Gideon Mann – experience on average one rejection per invention. This indicates that most of their patents have undergone a very swift prosecution process and are granted smoothly.

Market-valued innovations
The value that a candidate will add to the company matters most. In the case of valuable inventors, there are several common patterns, all of which reflect the market or business value of an invention:

Google, for example, has filed for five out of 31 applications of its leading inventors. Most of these inventions were granted with one or no rejections. Usually, there are multiple reasons behind organisations filing for ‘TrackOne’ patent prosecution but, among other things, it also demonstrates the probable market potential of a particular invention.

In fact, a study has showed that short examination time or a decision to apply for prioritised status have a positive impact on the probability of commercialisation of a patent via the market for technology.

Core research capability
Inventors with high self-cited and examiner-cited patents have an intense core research capability. This can be further filtered by analysing whether the inventor has focused their research on a few technologies, patent classifications and group art units for US-based inventors.

Both of the leading inventors of Google, for example, have much experience of R&D in the data processing field and most of their patents fall in International Patent Classification G06F15 or G06F17 for data processing. One of the afore-mentioned researchers, Mann, was hired as a head of data science by Bloomberg.

Perseverance
Organisations usually aim to hire someone perseverant, which patents can help to gauge. Indeed, a candidate with a consistent patent filing rate demonstrates this characteristic. Deeper analysis may involve analysing patent grant rate versus total rejections, with a higher number of grants than rejections shows perseverance, as does a consistent, increasing filing trend. A weaker indicator could be a drop in the number of rejections as the number of years for which the inventor has been researching increases.

Team player
Certain areas of research require intense team work and the ability to collaborate with researchers across multiple domains. In research areas where the number of inventors involved is high, a team player is desired. To identify this kind of person via patents, an inventor’s research group can be analysed.

Again, Google’s leading inventors of AI have not only filed patents in groups but also published multiple co-authored research papers.

Flowserve an apt example of strategic hiring for patent filing

As the figure shows, there was a significant rise in Flowserve’s patent filing in 2006 (there have been further rises, but for other reasons than patent filing).

The data shows that 70% of the patents came from the same set of inventors. But where were these inventors before 2006? Deeper analysis reveals that Flowserve acquired Limitorque in the early 2000s and along with it their expertise in valves. The Limitorque inventors filed close to 28 patents in 2006 (ie, 70% of the filing that year).

Companies have emphasised the importance of hiring the right people since time immemorial. Seasoned players understand that it is their employees who control the reputation and place in the business. That is the reason behind companies’ constant desire to lure and retain the best – they fight for them.

One of the key factors behind putting so much emphasis on right people is the innovation that they bring to the table. Successful companies realise that innovations made by engineers and data scientists, among others, play a major role in driving them forward.

All in all, businesses thrive on consistent innovation. An organisation must have the right set of people to ensure consistent quality in this area.