The Supreme People’s Court has announced 2017’s top 10 IP cases, which serve as an important guideline for future cases.

Five of the most significant cases are summarised below.

Well-known red can trade dress and sharing of exclusive right 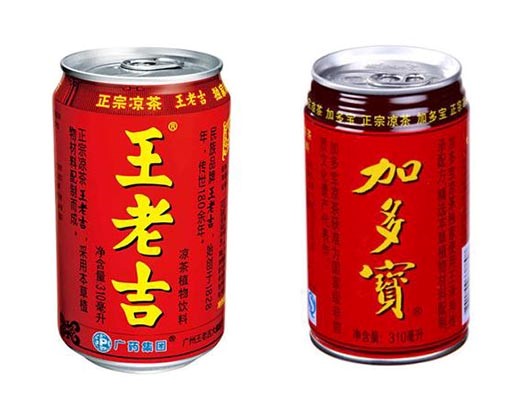 In a high-profile case between two long-standing beverage giants in China, Jiaduobao and Wanglaoji battled for the exclusive right to a well-known red can trade dress. Both parties had used their respective trade dress for many years and both argued that, through their long-term use, they had established well-known status and exclusive rights to use the trade dress. The court of first instance held in favour of Wanglaoji and awarded it Rmb150 million in damages. Jiaduobao appealed the decision to the Supreme People’s Court.

Winsunny Harmony initiated invalidation claims for lack of novelty against a patent called the “Process for Preparing Pharmaceutical Composition for Treatment or Prevention of Hypertension” filed by Daiichi Sankyo Company, Ltd, which was drafted using the Markush structure.

A ‘Markush’ claim is an increasingly popular method of drafting a patent claim, due to its flexibility in capturing various alternatives for a given element in a single claim. It enables patentees to list alternative species or elements that can be selected as part of the claimed invention in their patent claims.

The Supreme People’s Court confirmed that Markush claims are acceptable. However, it held that amendments which generate new properties or functions in a single compound or combination should not be accepted (although individual factors should be taken into consideration).

The Supreme People’s Court reaffirmed the applicability of the three-step test for Markush claims, for the assessment of novelty in accordance with the Patent Examination Guidelines. The court held that, while an “unanticipated technical effect” is only one of the considering factors when assessing novelty, it should supersede the three-step test.

Interplay between copyright and tangible property rights in an artwork

This case involved a conflict of the copyright of an artist or creator (and its successors) and the tangible property rights of an auction house. The Shens were the heirs of the famous author Mao Dun, who published an article in Chinese calligraphic style in 1958. In 2013 the auction house acquired the manuscript of the published article and posted high-definition photos of it on its official website and its Weibo page. The Shens sued the auction house for copyright infringement.

The court at first instance held in favour of the Shens and ordered the auction house to pay Rmb100,000 compensation. At second instance, the Nanjing Intermediate People’s Court of Jiangsu Province upheld the decision, finding that, although the auction house held the tangible property rights in the artwork, it was still obliged to respect and protect the rights of the copyright owners. The copyright owner must also respect the property owner’s rights, including the rights to dispose of, profit from or exhibit the artwork.

Jaguar Land Rover successfully obtained cross-class protection for its well-known trademark LAND ROVER (and its Chinese counterpart) in Classes 30 (nutritional drinks) and 32 (non-alcoholic beverages). Besides taking into account the fame of the claimant’s mark, the People’s High Court of Guangdong Province also took into account the defendant’s bad faith for notoriously squatting at least 10 other famous marks and celebrity names in China, including SHARP and ZHEN ZI DAN (a famous Chinese actor). The defendant was ordered to pay to Jaguar Rmb1.2 million in damages. 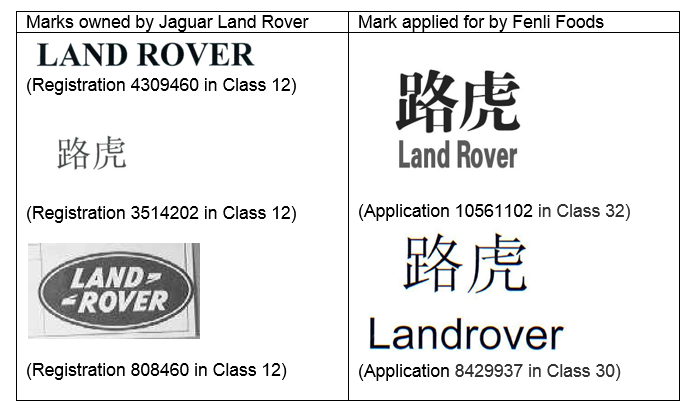 Criminal liability for large-scale storage of online books and articles

Defendant Yicha Wang is an online service provider which helps Internet users convert online articles and books (HTML websites) into WAP pages, which are more reader-friendly for mobile device users. The prosecutor found over 500 copyrighted works belonging to another company stored on Yicha’s server, which were available to Yicha users without the copyright owner’s authorisation. Yicha argued that it is a search engine, rather than a content provider, and that the process of converting HTML pages to WAP pages necessitates the temporary storage of articles on its server.

The Shanghai Pudong New Area People’s Court held Yicha liable for copyright infringement, as the duration of storage of the copyrighted materials on its server exceeded the duration necessary for providing code-conversion services.

The above cases demonstrate the Supreme People’s Court’s and some of the higher courts’ flexibility in handling IP cases involving new technology.

They also show that, in order to depart from current practice, clients should be prepared to invest in the case and appeal to the higher courts to achieve the desired result.