A patent infringement suit can be filed with the Market Court, which has exclusive jurisdiction in patent matters at first instance. If the situation is urgent, an application for an injunction can be filed before the patent infringement suit. The court can issue an ex parte injunction within a few days, provided that sufficient grounds are presented.

No. At present, alternative dispute resolution does not appear to be a realistic alternative to litigation.

The Market Court, which commenced work in late 2013, is a special court hearing civil IP matters, among other things.

There are no restrictions other than the conflict of interest stipulations under the local rules of the Finnish Bar Association. However, the representative must have a law degree and be either a member of the Bar Association or a licensed court counsel.

The pre-trial discovery system is not used in Finland. However, a party can request that certain evidence be secured by court order and enforced with the assistance of officials. The applicant must lodge security as stipulated in the special legislation covering such securing of evidence.

Cross-examination is permitted according to general procedural rules.

Expert witnesses play a key role in patent proceedings. The expert’s role is usually to draft a written statement and to appear as a witness in the oral hearing. The parties have the right to appoint their expert witnesses freely.

The local courts apply the doctrine of equivalents as stipulated by the European Patent Convention.

It is hard to draw conclusions on this issue, since few patent matters are filed each month and there is no extensive case law on different types of invention. In recent years most of the cases filed related to pharmaceutical patents; business method and software patents have not been litigated.

If the case does not involve urgent injunction procedures, delaying tactics are usually based on deadline extensions. During revocation or infringement proceedings, the parties are requested to file their briefs by a deadline set by the court. In such cases a party can request an extension to the deadline, provided that reasonable grounds to support the request exist. The courts usually grant the extension if this is not unreasonable. The opposing party has no way of stopping the extension, as the courts do not usually seek its opinion in this regard. In order to avoid delays, the other party can notify the court of any suspected stalling and request that any extensions be refused. The new system applied by the Market Court appears to allow less room for stalling.

Preliminary injunctions may be granted if infringement is likely to occur, taking into account the urgency of the matter and the advantages and disadvantages for each party.

The costs of patent litigation may vary considerably depending, for example, on the field of the invention and the issues in dispute. At first instance, the costs may range from €40,000 to €300,000.

The goal set by the Market Court under the new system is to issue a first-instance decision within one year.

The procedural starting point is that the losing party pays the winner’s costs.

The main remedies for infringement are an injunction, reasonable compensation for unauthorised use of the patent and compensation fordamages. The law also provides for additional remedies, such as destruction of infringing goods and publication of the court decision.

Actual damages are based on proven losses suffered by the patent holder, including lost sales profits and costs that the infringement may have caused. Punitive damages are not available.

An appeal against the first-instance decision may be lodged with the Supreme Court if leave to appeal is granted on the following grounds:

Since there is little Supreme Court precedent on patent matters, there is no practice on which to base an estimate of appellate proceedings.

Q: To what extent do the courts in your jurisdiction have a reputation to be pro-patentee?

The courts could be characterised as neutral.

Finland has signed up to the London Agreement, which was ratified on March 11 2011.

The Market Court now has exclusive jurisdiction in IP disputes. It is hoped that the new centralised system will prove fast, effective and high-quality decisions. However, it remains to be seen how these goals will be met. 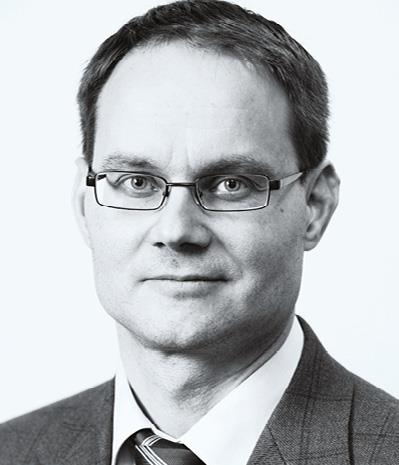 Petri Eskola has wide experience in all IP matters and frequently advises clients on IP-related issues. He also represents clients in IP and general civil law litigation and arbitration. In addition, Mr Eskola advises on all major areas of business law, including contracts, corporate law, distributorship and competition.