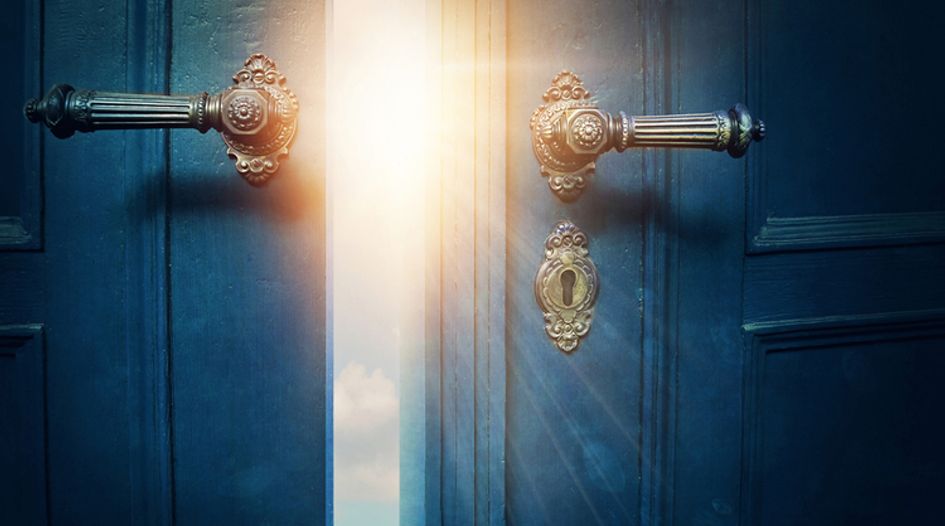 Although infringement under the doctrine of equivalents has been difficult to prove in the pharmaceutical context, write Steven Maslowski and Rachel Elsby, the CAFC’s recent UCB decision shows that the door is not shut by any means

Infringement under the doctrine of equivalents is a rare occurrence in Hatch-Waxman cases, but on 24th June 2019, the Federal Circuit made just such a ruling, affirming a decision of the District Court of Delaware that held Watson and Actavis infringed UCB’s US Patent No 6,884,434. Given the court’s rejection of several arguments as to why UCB should be barred from alleging infringement under the doctrine, the case provides important strategic guidance on the doctrine for both patent prosecutors and litigators.

UCB sued Actavis for infringement of the ’434 patent and US Patent No 8,232,414 after Actavis filed an abbreviated new drug application (ANDA) for its generic version of rotigotine patches. The ’434 patent claims a transdermal patch containing an effective amount of rotigotine for the treatment of Parkinson’s syndrome. Claim 1 generally covers administration of rotigotine through a transdermal patch made of three layers: “The most relevant for this appeal being an adhesive layer in which an effective amount of the free base form of rotigotine is dissolved in an acrylate- or silicone-based polymer adhesive.”

On appeal, the Federal Circuit largely agreed with the district court’s findings.

Finally, the court rejected Actavis’s argument that UCB’s infringement theory ensnared the prior art because Actavis failed to identify a prior art reference that would be ensared by the inclusion of polyisobutylene-based adhesives. All of the prior art references identified by Actavis covered acrylate and silicone polymers, in addition to polyisobutylene. UCB’s infringement theory did not, therefore, ensare new prior art because the art identified by Actavis, if invalidating at all, would fall within the literal scope of the ’434 patent claims. With no basis for limiting application of the doctrine of equivalents, the district court’s infringement finding was affirmed, as were the remaining issues in the case.

Although infringement under the doctrine of equivalents has been difficult to prove in the pharmaceutical context, the door is not shut by any means. As this case illustrates, the doctrine remains a viable one, but there are numerous defences available to accused infringers faced with its application.

Prosecution history estoppel will, of course, continue to be front and centre, and patent applicants must be wary of how restriction practice could potentially result in a doctrine of equivalents bar. Important here was UCB’s response to the examiner’s restriction requirement with traverse, which the Federal Circuit relied on as evidence that UCB contested whether it was surrendering any equivalents.

Patent applicants must also keep in mind a potential accused infringer’s future arguments about “foreseeable” equivalents when drafting and prosecuting applications. Even though polyisobutylenes were known in the art at the time of UCB’s patent filing, the court nonetheless found insufficient evidence of surrender in the specification, claims and from the inventor’s knowledge.

Therefore, it is important to use caution when distinguishing the claimed invention from the prior art so as to focus only on those features necessary to patentability.  Knowing where such distinctions have been drawn and where they may have been avoided provides a map to both patentees and accused infringers considering possible equivalents arguments.