Everything you wanted to know about AI patents, but were afraid to ask - part 2 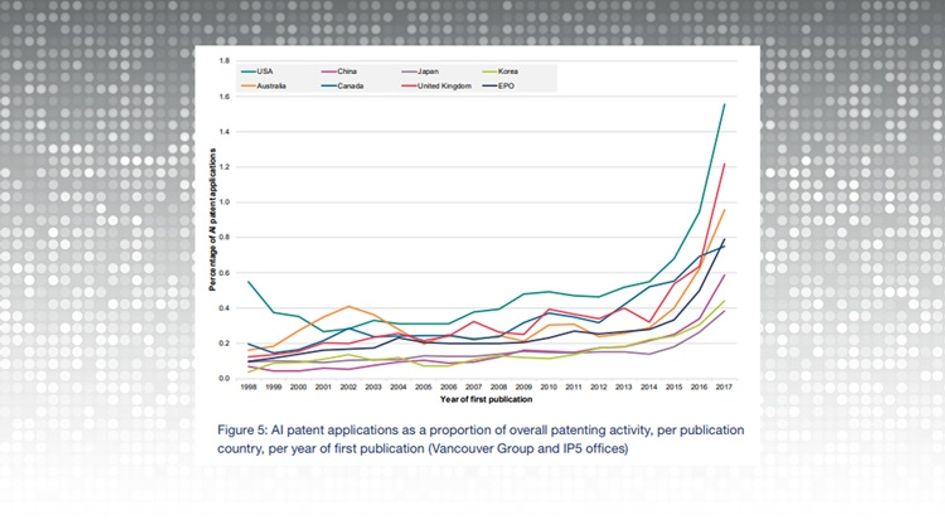 The UK’s IPO recently released a report on worldwide AI patenting activity, which it combined with a deep dive into the local landscape and how it compares to other countries. The study complements WIPO’s Technology Trends paper which we analysed to produce a top 10 takeaways piece earlier in the year.

The data analysed for the UKIPO report was pulled from the EPO’s PATSTAT product. The dataset consists of over 160,000 patent applications and 85,000 patent families.

We’ve gone through all the numbers to bring you the top takeaways.