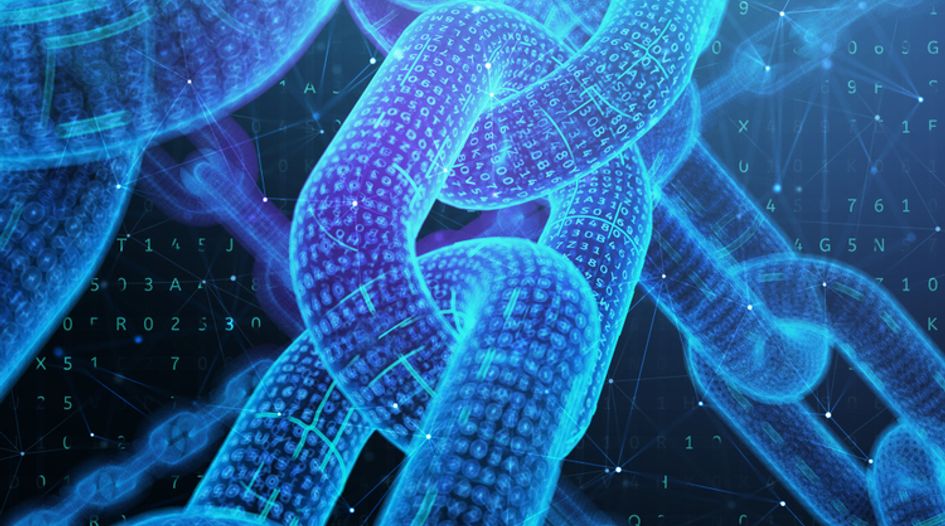 Although there are many similarities between the ways in which the EPO and the China National Intellectual Property Administration deal with blockchain-related patent applications, there are also some important differences, explains Kirwin Lee of Haseltine Lake

Blockchain is increasingly being recognised as a disruptive technology that could revolutionise a wide range of industries, including finance, logistics, and data services. It also continues to be one of the hottest topics in IP in 2019.

Blockchain patenting is rapidly taking off in global economies such as those of China and the US, and the number of patent filings in the area is expected to grow at an exponential rate in the coming years.

To explore the implications of blockchain for patent applicants and stakeholders, the European Patent Office (EPO) held a conference on 4th December 2018 at The Hague to discuss topics related to the challenges of searching blockchain and legal issues associated with blockchain, as well as how the EPO and other agencies examine blockchain patent applications.

This article provides a summary of the key takeaways on blockchain patentability in Europe and China which were covered in dedicated sessions at the conference.

Blockchain inventions are regarded by the EPO as a type of computer implemented invention (CII). Mr Koen Lievens, Operational Director at the office, pointed out that in order to provide further legal certainty on the examination practice of CIIs, the Guidelines for Examination at the EPO have been revised thoroughly over the past three years on the basis of the case law of the Boards of Appeal.

The latest version of the Guidelines was published in November 2018, and its revisions include important improvements on guidance with regard to the eligibility of CII. The newest revisions are seen as the EPO’s attempt to establish a more harmonised and predictable approach across all computer implemented inventions.

The changes in the new EPO Guidelines include useful information on how the well-established “two-hurdle” approach for mixed-type inventions is to be applied to blockchain technologies:

G-VII 5.4.2 of the latest version of the Guidelines helpfully includes a number of worked-out examples of applying the two-hurdle test. Moreover, new sections relating to mathematical methods and programs for computers, have been introduced into the Guidelines, which set out in detail how technicality is assessed for these types of subject matter.

Many believe that the new EPO Guidelines can also be useful in helping the patentability analysis and assessment of blockchain patents before the USPTO. In fact, this is exemplified by European patent EP 3125489 B1 (titled “Mitigating Blockchain Attack”), which was granted in 2017, and its corresponding US patent which was also granted in the same year a with largely similar claim set to its European counterpart. For this reason, US patent practitioners and stakeholders could well profit from reviewing the relevant sections in the new Guidelines closely.

The Chinese blockchain industry can be categorised into three branches: upstream (eg, mining rig and hardware), middle stream (eg, data services), and downstream (eg, financial service, medical service, energy industry) enterprises. As of 2018, commercial use in blockchain receives the most patent applications, followed by communication use and calculation use.

According to Ms Xinyi Wang of the China National Intellectual Property Administration (CNIPA), the patentability requirements in China largely mirror those of Europe in terms of novelty, inventive step and sufficiency. Furthermore, like the European Patent Convention, Chinese patent law requires claims to be directed to technical solutions to technical problems. For example, claims directed to technical improvements in a blockchain system would be allowable.

In China, claims related to improved blockchain related algorithmic methods per se are not excluded from patentability, as long as they are defined as being carried out by a computer or a device (akin to EPO’s “first hurdle” as explained above). By contrast, pure algorithms, such as mining methods, would typically be refused under Article 25, which prohibits inventions for “rules and methods for intellectual activities”.

One of the major divergences between European and Chinese patent examination concerns the subject-matter that would be regarded as being “detrimental to public interests” (which is equivalent to “matter contrary to "ordre public" or morality as stipulated in Article 53(a) EPC).

This was demonstrated by way of a case study in the conference session, in which Ms Wang explained that inventions related to virtual currencies or cryptocurrencies (eg bitcoin) would be perceived as being detrimental to public interests for posing a potential threat to the stability of the nation’s financial and monetary system.

Since its crackdown on cryptocurrencies in 2017, the Chinese government has maintained a relatively strict stance on the financial use of blockchain technology. Accordingly, claims covering the application of blockchain technology in the financial domain would unlikely to be allowed under Article 5 of the Chinese Patent Law which stipulates that inventions that “harm public interests” are not to be allowed.