Despite the difficulties, it is time to embrace arbitration as the best way to resolve licensing disputes 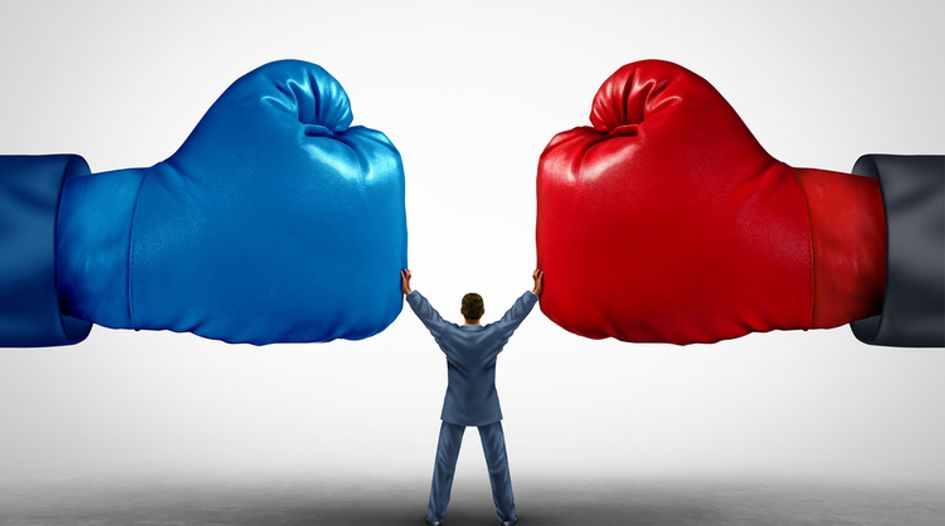 On the face of it, high-tech licensing disputes – especially those revolving around standards essential patents and FRAND – are tailor-made for arbitration. Done right, the process is relatively quick, cheaper than litigating across multiple jurisdictions, confidential, flexible and, if you are lucky, relatively amicable. At the end, a neutral body has decided on a global royalty rate that both sides are bound to accept and can be put in place immediately. The threat of injunctions is removed, as is the ability to game the court system to advantage.

This week, InterDigital launched suits against Lenovo in London and Delaware having spent years, it said, trying to resolve the royalty disagreements it has with the Chinese company. But it also emphasised that its preferred option for finding a solution was to go to arbitration: “The claim was filed after almost a decade of negotiations and after InterDigital has made clear that it is willing to have an impartial panel of arbitrators determine fair, reasonable and non-discriminatory (FRAND) terms and conditions for a license to InterDigital’s standards-essential patents (SEPs). This action is the first time InterDigital has initiated patent litigation in more than 6 years.”

InterDigital’s CEO Bill Merritt spoke in detail about the benefits of arbitration in a call with analysts at the start of August:

We are strong believers that neutral, binding arbitration, either mandated as part of standards commitments or through regulation, is the best option for resolving industry disputes around licensing. Licensing disputes are generally contractual disputes and companies have long looked to arbitration to resolve their business disputes. We also believe that arbitration has the greatest potential to balance interest, reduce friction and ensure continued technological advancement in these important areas. Arbitration has the potential to make sure that the cost to implement this is fair, that this licensing cost is tied to the innovators that are included in the relevant standards and that innovators are fairly rewarded for their success and able to profitably invest in future research.

In her keynote address at IPBC Global in Boston this June, the-then President of Nokia Technologies Maria Varsellona made similar points. Litigation, she said, is a destructive exercise that wastes time and money. It should always be the last resort. Instead, she stated, arbitration should be the preferred option for settling licensing disputes. Confidentiality, Varsellona emphasised, is a particular advantage of going down that path.

This is something that I have heard from many licensors – both operating companies, such as Nokia, and NPEs, such as InterDigital. The problem, though, is that you very rarely hear it from licensees. This is also something that Varsellona acknowledged. Licensees are, she said, sceptical about arbitration – they regard it as opaque and have very little faith in it.

From the conversations I have had, where licensors see independent experts, licensees see pro-patent former judges and litigators and, in the case of Chinese and other Asian entities, individuals who have almost exclusively operated out of the US or Europe. What’s more, the confidentiality that comes with all arbitrations makes it very difficult to look at how the ones that have occurred have played out. Good luck going to your board and recommending a dispute be arbitrated when you cannot tell them in detail exactly what you expect to happen or what the odds of success are.

What’s more, while countries such as the US remain so dubious about enforcing the rights of SEP owners, there is little incentive to submit to arbitrators when the only issue at stake is how much you should pay, not whether you should pay at all. Given how things are in the US these days, why not hold out for the courts instead? It will take years to get in front of a judge, you may well win and, even if you don’t, in the absence of the threat of an injunction money is all you lose.

But despite this, Merritt surely has a point when he says that licensing disputes are no more than business disagreements. If companies can submit to arbitration in other areas, why not when it comes to settling royalty rates? The more that do this, the more predictability there will be and the more efficient and less adversarial the system will become. That doesn’t only benefit those involved in the dispute, it also delivers significant advantages to consumers and will help with the roll-out of 5G, the development of the Internet of Things and the advancement of the fourth industrial revolution.

What’s more, while the US might still be a relatively safe haven for licensees, other parts of the world are less welcoming. The UK has its FRAND injunction, while the German courts are never reluctant to shut losing defendants out of the market. In India, injunctions are becoming more usual, Chinese courts have issued them in SEP-related cases and in other Asian countries governments are looking at making their legal systems more patentee friendly. In the not-too-distant future, there may come a point when litigation looks far less attractive than it does now for licensees.

In Boston, Varsellona, stated that a key factor in instilling licensee confidence in arbitration would be the creation of a list of specialist arbitrators that all sides could accept. Nokia had, she said, had discussions with the International Chamber of Commerce about this. But she did not say anything about how far these had progressed.

What would such a list of experts look like? It would undoubtedly be composed of men and women with detailed IP expertise, but they would also have to be viewed as disinterested third parties from a wide range of backgrounds – geographic and professional. An overtly pro-patent reputation might well be a disqualification.

To get progress from here, the ICC and other arbitration organisations are going to have to get much more deeply involved. Where there is a disagreement between two sides, you need a trusted third party to come in to find a way through to a solution. The people that know most about arbitration are best-placed to explain its advantages and develop ways around the concerns that certain parties may have. But I do not get the sense that the ICC or any other body has really seen the opportunity here. As a result, there have been no serious efforts to get anything done. That is a failure they should seek to redress.

Imagine a location – Barcelona, say, the Mobile World Capital and the home of the annual Mobile World Congress – where parties could come to resolve global high-tech licensing disputes quickly and with confidence. A place where they could put their cases and where acknowledged experts could use the latest in analytics tools to do the numbers so that relatively quickly a body of knowledge and data builds up that everyone understands and accepts. That, surely, offers the prospect of a way through current controversies – and one that would sit well with the various antitrust agencies taking an ever-closer look at SEPs and FRAND.

Of course, I am simplifying things far too much. This is a complex issue which comes with a whole heap of genuine disagreements, not to mention vested interests. It would all take some time to work through. However, I cannot believe that it is an impossible task. This is business, after all. What is missing is the will – and a driving force bringing parties together.

The alternative to doing something is what we have now: disputes taking years to be resolved by different courts, using different methodologies, coming to different conclusions and applying different solutions. It’s the ideal recipe for delaying the introduction of innovative products and the creation of disruptive businesses. It is anti-progress. Does anyone of good standing and goodwill really want that - seriously?