Since the supplementary protection certificate (SPC) regime came into effect in 1992, SPCs have become a critically important aspect of the European IP landscape. However, with national patent courts referring many SPC cases to the European Court of Justice (ECJ), and ECJ judgments themselves drawing criticism for lack of clarity, industry and practitioners have at times been left with more questions than answers about this niche but critically important field of IP law. As a result, it remains a frequently misunderstood area of intellectual property.

This chapter puts SPCs into commercial perspective by looking at the background and key principles of the SPC regime, as well as relevant case law, with a view to providing a refresher for those with a pre-existing interest in this area and a primer for those new to SPCs.

What is an SPC?

SPCs are standalone IP rights that can be granted to owners of biopharmaceutical and agrichemical patents to provide a further period of protection for products protected by such patents. SPCs are governed at a European level by EU regulations, particularly the EU SPC Regulation (469/2009). Cases involving questions of the governing principles of the SPC Regulation must be referred by national courts to the ECJ.

This delay means that the window available for a patentee (or its licensees) to recoup their development costs and profit from their innovations is often greatly reduced. The SPC regime was introduced to compensate inventors for the financial losses that would otherwise be caused by this delay.

What is the duration of SPCs?

The length of the term of the further protection granted by an SPC is determined by rules set out in the SPC Regulation and was central to the recent ECJ decision in Seattle Genetics.

The rules allow for up to five more years of monopoly protection after the patent has expired. The term is calculated as the length of the delay between patent filing and the date of the first marketing authorisation in the European Union, minus five years, up to a maximum of five years. It was intended that the additional period afforded by an SPC should provide a patentee with an overall maximum exclusivity period of 15 years, dating from when the product obtains a marketing authorisation.

Before Seattle Genetics, it was unclear whether the length of the term of an SPC was calculated using:

The ECJ held that it is correct to use the date of notification. The term of the SPC in Seattle Genetics was increased by five days.

The term of an SPC can be extended by a further six months by way of a ‘paediatric extension’. These extensions are intended to incentivise and reward the development of medicinal products for children and are granted when a paediatric investigation plan has been completed to the satisfaction of the regulator. This additional period is not available for orphan drugs. Instead, the orphan drug marketing exclusivity period is extended by a further two years.

How do you obtain an SPC?

The basic requirements to obtain an SPC are set out in Article 3 of the SPC Regulation:

(a) The product is protected by a basic patent in force;

(c) The product has not already been the subject of an SPC; and

(d) The authorisation referred to in (b) must be the first authorisation to place the product on the market as a medicinal product.

What test is used to decide whether a patent protects a product under the SPC Regulation?

No single, simple test can assess whether a patent protects a product in this context. The answer depends on the nature of the patent (with product, process or functional claims), the scope of its disclosure, what is expressly or implicitly stated in the claims and the inventive concept.

Despite there being many references on this topic, the ECJ has been unclear in its answers. In summary, the ECJ has stated that the product must be “identified, specified or mentioned” in the claims of the basic patent covering combination products. However, it is by no means clear that this is a universal test covering all scenarios.

In Eli Lilly v HGS the ECJ provided some guidance, holding that in principle an SPC can be granted even if the active ingredient is not mentioned by name in the claims, provided that “the claims relate, implicitly but necessarily and specifically” to the active ingredient in question. The UK court interpreted the ECJ’s guidance, refusing to rule out the possibility that an SPC could be granted based on claims that identify a product only by its function.

A number of questions remain:

This is an area with many unanswered questions. More references can be expected from national courts to the ECJ to clarify these issues and provide greater certainty.

What is the scope of protection of an SPC?

The protection afforded by an SPC is dictated by both the patent and the marketing authorisation.

However, products falling under the scope of SPC protection are protected in any presentation, whether as a monotherapy or in combination with other active ingredients, as confirmed by the ECJ in Novartis v Actavis.

How many SPCs can be granted for a particular medicinal product?

Generally, the SPC regime allows for one SPC to be granted to a patentee for a particular product. Careful choices must be made regarding which patent should be chosen by a patentee and how the product should be defined.

Can a patentee obtain an SPC if they are not also the marketing authorisation holder?

In Eli Lilly v HGS the UK court held that there is no reason in principle why an SPC cannot be granted to a patentee based on a third-party marketing authorisation. The UK court noted that the purpose of the SPC Regulation is to encourage research and development generally, not just with a view to commercialising products.

A number of cases on this topic have been referred to the ECJ. In these cases the primary active ingredient was administered with other compounds which either increased its effectiveness or aided its release. The ECJ has been clear in its decisions: essentially, if the additional ingredient does not have a therapeutic effect in and of itself, it cannot be considered to be an active ingredient and no SPC will be granted for the combination.

The flip side of this ruling is that the other ingredient is considered to be an active ingredient if has any active effect – even if this active effect is not the reason that the substance is being included in the medicinal product.

What is the meaning of ‘placing a product on the market’?

In one particularly notable ECJ decision (Neurim), an SPC was granted for a product even though the same active ingredient had previously been authorised and placed on the market in the European Union – albeit for use as a veterinary treatment. At first sight, this decision appears to contradict directly Article 3(d) of the SPC Regulation.

This decision was welcomed by pharmaceutical companies because it allowed for scientific research and development to be rewarded. Arguably, it opens the door for patentees to apply for SPCs based on second medical use patents even when the active ingredient has been subject to much older (and irrelevant) marketing authorisations.

What is a negative term SPC?

The answer lies in the additional protection period that can be granted as a result of a paediatric extension. If the SPC expires within six months of the date of patent expiry, it could be worth obtaining the SPC in order to obtain the additional six-month extension – especially if the product is particularly commercially successful. This approach has been endorsed by the ECJ.

Will SPCs come under the jurisdiction of the Unified Patent Court?

There is no doubt that SPCs are extremely valuable, both in terms of protecting sales revenue and as an effective deterrent against generic companies. National courts continue to refer cases to the ECJ and, as a result, law in this area will continue to develop.

It is therefore imperative that companies implement robust strategies for keeping updated on developments in this field and obtaining and enforcing SPCs that will maximise the profitability of their patents. These strategies should be devised with input from legal, commercial and regulatory departments. The aim should be to obtain the most robust SPC protection as possible, with an eye on potential litigation as the SPC draws towards the end of its life. 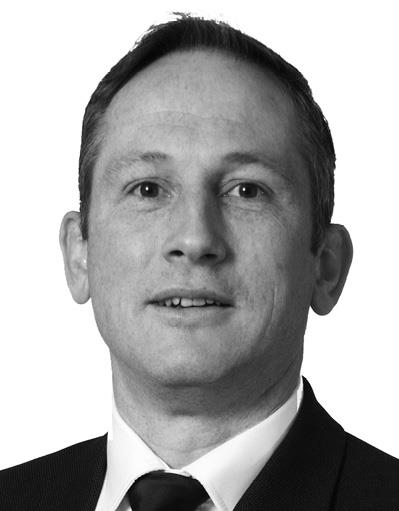 Mike Gilbert is an IP lawyer and partner at Marks & Clerk Solicitors. He leads the firm’s pharmaceutical and biotech practice.

Mr Gilbert is best known as a life sciences patent litigator, advising clients in the biotechnology, pharmaceutical and chemical sectors.

Mr Gilbert has advised clients in actions in the Patents Court, the Court of Appeal and the Intellectual Property Enterprise Court, and on several petitions to the Supreme Court. He has coordinated a number of multi-jurisdictional technical patent disputes working with IP specialists in the United States and the European Union. Mr Gilbert is considered to be an expert in the field of supplementary protection certificate (SPC) law and regularly advises clients on SPC filing and enforcement strategies. 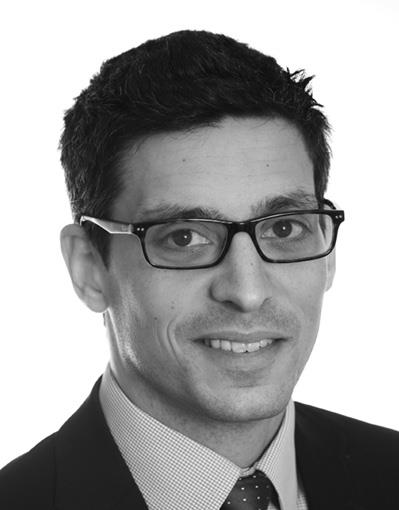 Luke Hill is an IP lawyer and associate at Marks & Clerk Solicitors.

Mr Hill advises clients on a wide variety of IP issues, with a particular focus on patent litigation in the life sciences sector. He has represented clients in the specialist UK IP courts, the Court of Appeal and the European Court of Justice. Mr Hill has significant experience in contentious SPC matters, advising a major multinational pharmaceutical manufacturer in its EU-wide campaign to resist early launch of generic products.