Data reveals patenting in semiconductors is on the rise, with Asia accelerating its output 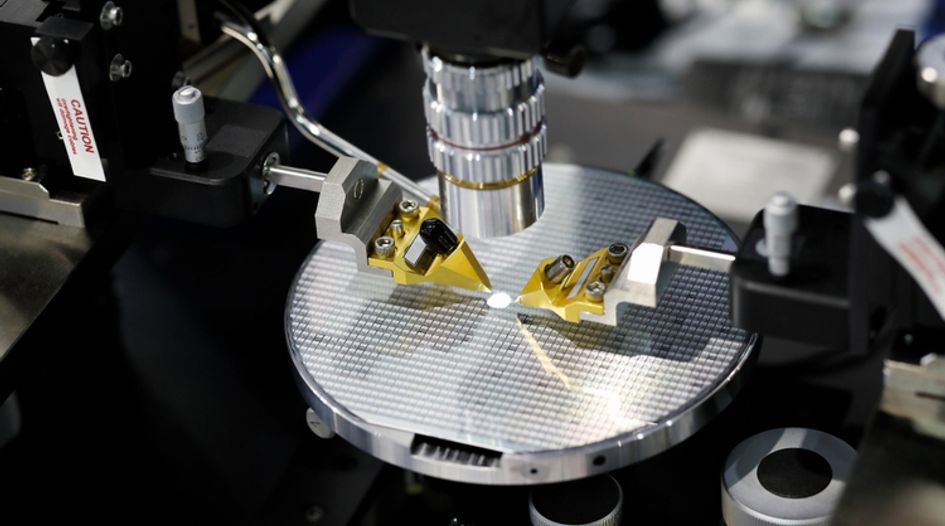 A deep-dive into semiconductor-related patent publications reveals insights into the state of innovation and demonstrates the impact of government policy on R&D activity. In this co-published piece, George Park of IPValue and Paul Ahern of Longitude Licensing provide the details

The world cannot get enough of semiconductors. These technologies underpin today’s – and tomorrow’s – cutting edge products, fuelling everything from 5G to high-performance computing. Analysis of semiconductor-related patent publications, with respect to available data from the USPTO, EPO and CNIPA, demonstrates consistent growth in the number of publications from 2006 to 2020, revealing that innovation is not only robust in the industry but is translating into IP assets. Notably, though, the trends for different geographies vary considerably.

Of the three offices analysed, the USPTO has the most publications associated with H01L, a technology class code used as a proxy to identify semiconductor-related patents, with nearly 30,000 in 2020. However, the number of publications by the Chinese Patent Office (CNIPA) has been rising quickly to reach comparable numbers.

Within the 15 years studied, the number of publications at the USPTO increased at a 5.4% average annual growth rate. That growth has slowed since around 2014, down to approximately 1.4% in the period from 2016 to 2020 (see figure 1).

The share of US patent publications associated with applicants based in the US dropped, from about 40% in 2006 to around 30% in 2020. Meanwhile, the share associated with Korea and Taiwan each individually increased from approximately 8% to 15%, concurrent with the growth of semiconductor companies like Samsung Electronics and SK hynix as well as TSMC and UMC.

Over the 15-year time period, the number of H01L-associated patents published by the European Patent Office (EPO) increased at an average annual rate of 9.4% (see figure 2). Much of this growth started around 2015 with the rate from 2015 to 2020 sitting closer to 17%. Since patent publications are a lagging indicator, reflecting decisions regarding R&D and patent prosecution made years before patent publication, applicants’ increased focus on European patents could have been affected by events years before. For example, some analysts have speculated that the America Invents Act, passed by the US Congress in late 2011, could have served to increase the perceived value of European grants relative to US patents.

To get an idea of activity within Europe, we focused on applicants from Austria, Belgium, Denmark, France, Germany, Ireland, Italy, the Netherlands, Sweden, Switzerland, and the United Kingdom. Publications for businesses from this set of countries experienced an approximate 7% average annual growth rate over our period of study. However, the share of EPO publications from these domestic applicants actually dropped from about 35% in 2006 to around 26% in 2020, as the number of publications from applicants in the US, Korea, China and elsewhere rose even more quickly.

Semiconductor-related companies feature prominently in the EPO’s most recent top 20 applicants list, addressing all technical fields. Samsung leads the way at number one, followed by Huawei in second, Qualcomm in fourth and Intel in fifteenth.

Overall, EPO applications (including all CPCs and all applicant countries) were down 3% in 2020. This reveals two overlapping trends, with a reduction in applications from companies based in the US, Europe and Japan being offset by a continued increase in activity from South Korean and Chinese companies.

The corresponding numbers for CNIPA show a higher degree of volatility than those from the other patent offices, but the overall trend again reveals significant growth, starting at slightly over 2,000 publications in 2006 and ending with around 18,000 in 2020 (see figure 3). A large part of this increase occurred between 2014 and 2016.

The dramatic rise in publications, particularly those with China-based applicants, roughly coincides with the “Made in China 2025” national strategic plan, issued by the Chinese government in May 2015 but presumably in development in advance of that announcement. The growth of China’s semiconductor industry is a central aim of this plan, as semiconductors are seen to underpin broad advances in a number of other adjacent strategic technologies.

A large number of H01L patents published by CNIPA are associated with Chinese enterprises focused on display technologies, including BOE Technology Group, China Star Optoelectronics and Tianma Microelectronics. The timing of the increase in publications loosely correlates with the rise in China’s display industry. For example, China’s share of worldwide large-area LCD shipments rose from about 6% in 2011 to 26% in 2016 and reached 44% in 2020.

It remains to be seen whether the widely reported gradual winding down of subsidies introduced to encourage patent applications will have a material impact of the volume of filings, as the focus on “high-value” applications becomes more prevalent. Notably, though, CNIPA’s own 2021 budget anticipates a reduction in filings this year and further drops over the three year period to 2023, from 3 million down to an average minimum of 2 million per year. It is possible we may also see a continued increase in multi-country filings as Chinese companies seek new ways to secure overseas rights in a cost-effective manner. It is worth remembering that 2019 was the first year in which China jumped ahead of the US as the top source of international PCT applications filed via WIPO.

Innovation in semiconductors is strong

Publications of semiconductor-related patents rose steadily from 2006 to 2020 for each of the US, European, and Chinese patent offices, indicating that ongoing innovation within the industry is translating strongly into the creation of intangible assets. The level of patent activity coming out of Asia, and subsequent greater share of publications across major registers, is worth noting as it is reflective of the growing power and influence of companies like TSMC and Samsung.

In the fight to lessen dependency on Asian suppliers and reclaim their chip-manufacturing prowess, the US and governments in Europe have focused more attention on policies directly addressing the semiconductor industry. Considering the trends and relationships described by the above analyses, policy makers who are serious about competing globally would be wise to use investment and government initiatives to spur innovation.

We collected data on patent publications by year, using the H01L (“semiconductor devices …”) CPC classification to filter for semiconductor-related patents. This subclass covers electric solid-state devices, as well as both the process and apparatus for manufacture. Geographies were considered by tagging patents based on (1) patent office (US, Europe, and China) and (2) the country of the assignee/applicant, as identified by address information provided to the patent office.

This methodology is subject to various types of imprecision. Publication year is of course a lagging indicator of invention, considering the years spent in prosecution. The H01L classification is a loose proxy for semiconductor-related patents, with the potential for false positives and negatives. The identification of applicant country can be misconstrued if a patent has applicants from multiple countries, or a corporate assignee headquartered in a country different than the inventor’s (applicant’s) country. Different patent offices and databases can categorize patents slightly differently. However, when comparing the overall results with output from another database, the trends shown for the three patent offices were generally consistent.