In case of disputes a patent owner may ask the IP Office to determine whether a particular patent infringes its rights. Next (and regardless of whether such an application has been submitted to the IP Office), patent owners have the option of mediation or arbitration. However, all parties to a dispute must agree to use arbitration in advance. The final option is for the patent owner to bring an action before the competent court.

Under Czech law, there is no obligation to undertake out-of-court negotiations with the opposing party before a trial. However, mediation and arbitration are still advisable – even if no settlement is reached, courts are likely to look favourably on parties that have attempted to reach an agreement in this way. Some even recommend conducting such negotiations and reaching an agreement – even at the cost of significant concessions – rather than undergoing protracted litigation with an uncertain outcome.

The validity and/or infringement of industrial property rights can be assessed both simultaneously and separately, depending on the circumstances of the particular case. Should a situation occur where two disputes are being heard simultaneously, the court deciding the infringement case may prefer to wait until the ruling on the patent’s validity has been issued. However, this is not set out in law. The same is true even if one dispute takes place before the IP Office (due to revocation) and the other dispute is being heard by a court (in case of patent infringement). The court need not wait for the IP Office’s decision before issuing its ruling.

In disputes concerning industrial property rights infringement, participants can be represented by a lawyer and also by a patent attorney. Participants may also represent themselves, although this is unusual.

To prove their claims, either party may propose any instruments relating to the case. It is also possible to suggest that the public be excluded if there is a threat that trade secrets may otherwise be disclosed. Exclusion may also be applied in the case of unpublished patent applications.

Q: Is cross-examination of witnesses allowed during proceedings? If so, what form does this take?

Cross-examination of witnesses is not common in the Czech Republic – although much depends on the judge and how or she controls the specific dispute. However, patent matters tend to rely more on facts that are backed up by instruments than on witness testimonies (except in some situations that rely on proving the facts of unfair competition).

The use of expert witnesses is permitted and is often requested by the court – judges are lawyers and seldom have specialist knowledge of technical fields such as electrical engineering, chemistry or genetics. Usually, such testimonies have the nature of an expert opinion, although experts are sometimes also questioned.

Q: Is the doctrine of equivalents applied by the courts in your jurisdiction? If so, what form does this take?

The Czech courts apply the doctrine of equivalents in interpreting the scope of patent protection.

Q: Are there problems in enforcing certain types of patents relating to, for example, biotechnology, business methods or software?

In the context of patent procedures in the Czech Republic, there is no distinction between different types of patent. However, in practice, it takes longer to register pharmaceutical and plant protection patents. Some inventions are not patentable at all, such as those relating to business methods and software – in this respect, the Czech legislation is similar to that of many other countries. In case of violation, there is no distinction between different patents in the way that rights are enforced.

The courts have a general obligation to respect the decisions of superior courts. However, in practice, the Supreme Court often issues different decisions depending on the senate hearing the case, leaving lower courts to choose between inconsistent precedents.

Counterparties have limited options to delay cases. These might include suggesting the need for more complex evidence (eg, other expert opinions) or offering an excuse as to why they cannot attend the hearing. This can delay a case by up to one year – although if the court does not believe the excuse, it may act without that party being present.

Courts may order interim measures in cases where persistent action threatens to cause the plaintiff real and irreparable harm or where there is a risk that such action would undermine the performance of an execution. Precautionary measures are often ordered in matters involving industrial property rights. A request for a preliminary injunction must be submitted as soon as possible after the victim becomes aware of the infringement (within a matter of weeks at the most). Otherwise, there is a risk that the court will reject the request because it believes that the victim has already tolerated the objectionable conduct.

For a case involving industrial property rights, plaintiffs should be prepared to pay up to the equivalent of €3,500 for proceedings at first instance.

Under the Czech system, a first-instance decision can be expected within one to two years.

Unfortunately, in industrial property rights disputes it is highly unlikely that the winning party will recover any of the costs it has incurred as a result of the dispute. The court is authorised to grant costs up to the amount specified by the relevant law, which is about €1,000 per instance. Other costs must be borne by the winning party.

In cases where industrial property rights have been violated, the court may issue an order permanently prohibiting the infringing conduct. The violation itself is punishable by fines of up to €3,500 – sometimes repeatedly, even within execution proceedings.

Q: Does the losing party have an automatic right of appeal? If not, under what circumstances might leave to appeal be granted?

An unfavourable first-instance decision may be appealed to the Prague High Court within 15 days of receipt. Within this period the appeal may be filed as a formal matter only. Later, it must be substantiated (there is no prescribed period for this, but usually it takes about one month after the appeal is filed). Both parties may appeal a decision simultaneously – for example, if the action was met only in part.

Q: How long does it typically take for an appellate decision to be handed down?

Usually, the appeal court decides within one year of filing of the appeal.

In some cases, after the appeal court decision, it is possible to submit an appeal to the Supreme Court of the Czech Republic as an extraordinary remedy. However, in practice, such submissions are nearly always rejected.

The Czech courts are not known for always siding with rights holders. Rather, decisions are often unpredictable.

The Czech Republic is not a signatory to the London Agreement on Translations.

The Czech Republic has ratified the Agreement on the Unified Patent Court. 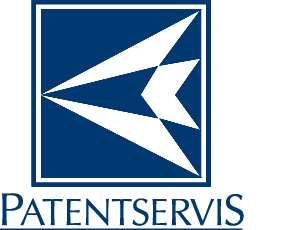 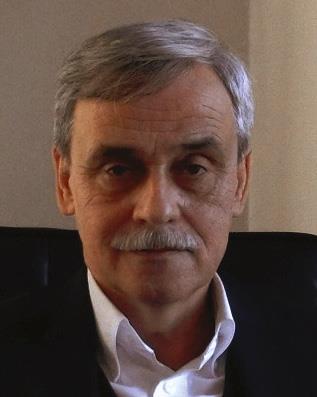 Jan Hák is deputy director and senior partner of PATENTSERVIS. He is also a registered patent and trademark attorney and a member of the Institute of Professional Representatives before the European Patent Office. He graduated from Charles University in Prague in 1980 and until 1990 worked at the Industrial Property Office, mainly in the legal department.

Dr Hák has authored articles in Managing Intellectual Property magazine since 1994, on subjects including employee inventions and Czech patent and trademark legislation.

In 2005 Dr Hák gained a PhD in international private law in 2005 and joined the law faculty of the University of West Bohemia, Pilsen, as a lecturer. He is also a member of the Metropolitan University Prague Scientific Council.