On January 15 2016 the Court of Milan in Chaussures Eram Sarl v Unic Servizi Srl (Decision 554/2016) confirmed its partial previous decision (Decision 689/2013; for further details please see "No monopoly for stylised cow skin symbol for leather goods") declaring the nullity of the Italian collective mark consisting of a symbol portraying stylised animal skin. The mark was well known in Italy as 'vacchetta' ('cowhide') and was registered in Classes 16, 18, 21, 25 and 28, claiming goods made of leather in each class.

Unic appealed partial Decision 689/2013 to the Milan Court of Appeal. The appeal court rejected the appeal with Decision 2636/2014, confirming the nullity of the trademark VACCHETTA. The appeal decision has now been appealed to the Supreme Court, where the proceedings are still pending.

In its decision the Court of Milan held that: 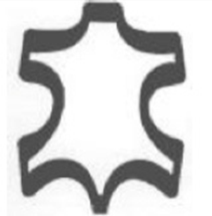 Suit
In December 2009 Eram commenced an action against Unic, the Italian national association of the tanning industry. Eram claimed that several collective marks owned by Unic, which include the image of stylised cowhide, registered either alone or together with the expressions 'vera pelle' or 'vero cuoio' ('genuine animal skin' or 'genuine leather') should be declared null.

Eram sought a declaration of nullity for several reasons, including lack of novelty, lack of distinctive character and contravention of the directive. In addition, Eram asserted that Unic had no suitable controls on the use of the contested marks, as required for collective and certification trademarks, and also that Unic’s actions violated Italian antitrust law.

Stylised cowhide is generic
The court concluded that the plaintiff had established, through numerous documents, the widespread use of the image of the relevant stylised cowhide in many countries within the European Union (eg, in Italy since the beginning of 1900, in France since 1925, in Germany since 1973 and in England since 1968) and outside the European Union (in the United States since 1961). This evidence clearly demonstrated that the symbol was universally known before the filing date of Unic’s first collective trademark (April 7 1977), and was thus generic.

Since collective marks are also subject to novelty requirements, the court stated that a sign which became generic before the application filing date cannot be validly registered as a collective mark. Otherwise, a subsequent collective mark would render the general use of the sign illegal, which is contrary to the statutory purpose of ensuring consumers of the quality of a product or service.

In contrast, the court stated that the requirement of novelty can be met – together with a generic sign – when the collective mark includes additional elements sufficient to confer a certain distinctive character to the overall graphic composition. Such additional elements may even be descriptive, provided that the particular combination of words along with the device is distinctive.

The Court of Milan determined that Unic’s other collective trademarks consisting of the image of stylised cowhide registered together with the expressions 'vera pelle' , 'vero cuoio', 'vera pelle italiana' and 'vero cuoio italiano' ('genuine animal skin', 'genuine leather', 'Italian genuine animal skin' and 'Italian genuine leather') and of the image of two overlapping stylised cowhides were valid. Only the device aspect of Unic’s collective trademarks (ie, the cowhide symbol) lacked novelty because it was generic.

Directive
The Labelling of Footwear Directive introduced an obligation to describe the materials used to produce footwear. It regulates the use in footwear of labels containing symbols suitable for identifying the materials used in making footwear products. According to Annex 1 of the directive, the symbol which should be used for identifying leather goods is the same as the sign represented in the contested mark (ie, the figure of stylised cowhide).

The purpose of the directive is to harmonise national labelling laws in the interest of consumers. The cowhide device is the clearest and most direct way to indicate, within the European Union, that shoes are made of leather. Therefore, under the directive, the symbol that should be used for identifying leather products is the same as the sign represented in the contested mark.

The court concluded that the sign represented a graphic element widely used in the European Union before the filing date of the trademark applications and that the scope of the directive appeared to be incompatible with the monopoly that Unic attempted to enjoy in Italy through the control of collective trademarks. Thus, the court held that the contested trademark was invalid not only for lack of novelty, but also for reasons of nullity which emerged after registration.

Collective trademarks including words in addition to generic device may be valid
The court recognised the validity of trademarks that include both a device and words, as the combination of the device with these words could create a valid trademark, or at least a trademark which was not generic despite the rather descriptive nature of the words. At the same time, the court restricted Unic's trademark rights.

As a result, Unic will not be permitted to enforce these trademarks against third parties which use the cowhide symbol together with indications such as 'cuoio' or 'vero cuoio italiano' ('leather' or 'Italian genuine leather'), 'pelle' or 'vera pelle italiana' ('skin' or 'Italian genuine animal skin') in a different position and graphic character from that used by Unic.

Lack of quality control by Unic and violation of antitrust law
The court recognised that Unic’s quality control was sufficient to consider the contested trademarks as valid. With respect to the violation of Italian antitrust law, the court found that the alleged abuse of Unic’s dominant position could be dismissed without further investigation due to the lack of substantiation, in particular concerning the possible effect on the market.

Comment
The Court of Milan judgment, although subject to appeal, is provisionally binding. It is significant from both the legal and practical perspectives since it opens up the cowhide device (together with generic words under certain conditions) for use by shoe manufacturers in Italy.

Before the decision, Unic enjoyed a quasi-monopoly and frequently requested and obtained the seizure of goods based on its trademark rights. This situation created major uncertainty for foreign tanning companies operating in Italy, as well as for Italian dealers. This decision has done away with this anomaly by allowing third parties to use the 'vacchetta' device alone, and has significantly restricted Unic’s exclusive rights on collective trademarks consisting of the device together with the words 'vero cuoio', 'vero cuoio italiano', 'vera pelle' and 'vera pelle italiana'.