Sometimes gold is found after a long, exhaustive search, while on other occasions it is a question of luck and fate. During a case law search on the laudatory value of the term 'gold' before the Italian courts, I came across an interesting decision which unfortunately did not get the attention it so rightly deserved. The case was filed with the Court of Milan in 2010 and the court issued its final decision (7370/2013) in Spring 2013.

Facts
Gado Srl, which owns Dolce & Gabbana's trademarks, sued Ettore Tavasci, the owner of Italian Trademark 1188637 GD GOLD DIFFUSION, a figurative mark comprising an eye-catching GD element with the words GOLD DIFFUSION. Gado requested the court to issue a declaration of nullity of the mark on the grounds of lack of novelty, arguing that it was confusingly similar to an entire family of its earlier D&G trademarks. The GD device element of the contested mark was particularly stylised, which also led to it being perceived as a DG device (at the time, the acronym used for Dolce & Gabbana’s casual line of clothing). 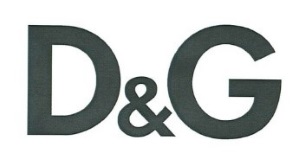 Somewhat unusually, in addition to the nullity claim for the mark as a whole, Gado also filed a claim for partial nullity of the GD/DG device element so that, at the very least, the allegedly confusingly similar portion of the contested sign could be nullified.

Decision
The Court of Milan found the marks to be confusingly similar due to, among other things, the weak distinctive character of the element GOLD DIFFUSION in the later trademark in relation to jewels and precious metals in Class 14. The court further held that the contested mark could take unfair advantage of the reputation of the well-known earlier D&G family of marks.

The ruling was not appealed, and thus the decision to excise the GD/DG device element was communicated to the Italian Patent and Trademark Office for recordal.

This decision may give rise to considerable confusion, not least because the court provided scant legal basis or supporting arguments in reaching its conclusion. Legal study and practice indicates that the law is crystal clear on this matter: when two signs – one older and one younger – are deemed to be confusingly similar, the latter should be found void for lack of novelty.

The only apparent legal basis for the court’s decision is the conservation of legal acts principle. According to this general principle based on civil and administrative law, a contract or administrative instrument is deemed void in its entirety only due to the failure of a particular provision when the (contracting) parties would not have agreed to the terms of the agreement without the provision that was later found to be invalid. In all other cases, the contract is to be considered valid for the remaining clauses.

By analogy, in the case at issue, a finding of partial nullity of the element GD saved the remaining portion of the trademark, GOLD DIFFUSION, which coincided with the business name used by Tavasci and which likely would have been filed and accepted for registration without the GD device element. Accordingly, Tavasci avoided a claim for complete lack of novelty and was able to maintain the earlier date of the first filing, since no new filing was required to protect what was left of the contested trademark.

Comment
Even in a civil law system such as Italy, this decision could give rise to new situations under IP law. The same principle might be applied to compound trademarks in opposition cases, or even in cases where a particular element of a mark is considered to be deceptive or void, in order to salvage the acceptable elements of the mark. Moreover, in non-use cancellation actions, it could be argued that any compound mark that proved genuine use of a severed version of a mark should be saved for the used portion. Interestingly, some support for this view already exists.

For now, few parties have pounced on the court’s reasoning, and thus the decision may simply be an anomaly. However, this does not take away from its potential use by mark owners in proceedings to protect the seniority of their rights. Although trademark litigation may not always be pretty, it might just save at least part of your trademark.