IP jurisprudence is based on the premise of a quid pro quo between innovators and the state. An innovator which is granted a limited monopoly by way of an IP right in order to further innovation is expected to discharge certain obligations in return. These obligations are typically designed with a view to safeguarding the public interest and preventing abuse of the right by the innovator. If the innovator reneges on its obligations, IP law provides mechanisms such as compulsory licensing to enforce them by suspending the innovator’s exclusive right and creating a licence in favour of a third party which is in a position to discharge those same obligations.

The Patents Act 1970 empowers the controller of patents to grant a compulsory licence. In doing so, he has regard to the object of granting patents and the obligations of a patentee, as set out in Sections 83 and 89 of the act. These set out the general principles which guide the controller of patents in granting a compulsory licence and the general purposes for which it may be granted. The provisions effectively express the intent behind the patent regime, which is to reward an innovator for its work and oblige it to work the patented invention to the fullest extent possible in order to facilitate the transfer of technical know-how. Critically, the provisions recognise the legitimate interest of a country in preventing the exercise of a patent right in a manner which is detrimental to innovation or public health. The significance of these provisions becomes all the more apparent when viewed through the prism of a developing nation which understands the strength of patent rights and the need to bridge the technological divide between developed and developing nations.

Conditions for grant of a compulsory licence

While the popular perception of the compulsory licensing mechanism is that it is inherently susceptible to arbitrariness and abuse, in fact the mechanism may be invoked only under specific circumstances prescribed in the act. The mechanism does not give the Indian Patent Office carte blanche to summarily curtail the rights of a patent owner and render grant of a patent nugatory.

With respect to the first ground, Section 84 goes on to identify various instances which would constitute non-satisfaction of the reasonable requirements of the public. These include:

As regards the second ground, what constitutes a ‘reasonably affordable price’ is a contextual enquiry based on the facts and circumstances of each application. Critically, this enquiry cannot be guided by intuition or broad generalisations. Instead, it calls for a rigorous, evidence-based approach and a balance between the purchasing power of the public and the patentee’s expectation of a reasonable royalty. In Nexavar both the controller of patents and IPAB held that the phrase ‘reasonably affordable’ refers solely to the purchasing power of the public and is unrelated to the patentee’s investment in developing the invention. This may be questionable, considering that under the act patentees are expected to work the patented invention on a commercial scale to the fullest possible extent. Therefore, the patentee has a right to recoup its investment and to conduct its business in a fiscally viable manner. Critically, neither the controller of patents nor IPAB deemed it fit to arrive at a reasonably affordable price based on empirical evidence, which does injustice to the nature of the enquiry. It is hoped that this approach will give way to a more informed approach in the future.

As regards the third ground, there is a difference of opinion as to what amounts to ‘working’ a patented invention in the territory of India. In Nexavar the controller of patents took the view that ‘working’ a patented invention necessarily involves its manufacture within the territory of India. This view is consistent with the language of Section 83(b), which categorically states that patents “are not granted merely to enable patentees to enjoy a monopoly for the importation of the patented article”. In other words, although a patentee may import the patented article in order to supplement its local production and fulfil its working obligations, importation alone cannot satisfy this requirement. This view is supported by the history of the compulsory licensing mechanism in India. The Ayyangar Committee Report issued in September 1959 reveals the intention behind the inclusion of Section 83(b) in the following paragraphs:

37. In the present decade under the impact of the national plans that have been formulated for the economic uplift of the country and the raising of the standard of living of its people, the conservation of foreign exchange is a matter of prime importance. In the context of this need, it would be seen that any increase in the price of the patented products imported into the country must, to that extent, be a disadvantage to the country’s economy..........

38. I have already set out the considerations which are said to constitute the quid pro quo for the grant of the patent monopoly, namely (1) the working of the invention within the country so as to result in the establishment in the country of a new industry or an improvement of an existing industry which would profitably employ the labour and capital of the country and thus increase national wealth, and (2) disclosure to the public of the invention and the manner of its working so that on the expiry of the life of the patent, the public are enabled to work the invention themselves and in competition with each other.

Where the patentee has no intention of working the invention in this country either because he considers this is not profitable or because he prefers to expand the production in his home country so as to achieve there greater efficiency or more production, or is otherwise not interested in working the invention in India, the grant of the patent might tend to improve the patentee’s home country, but offers little advantage to us. Unless therefore the law provides for measures to compel the patentees to work the invention within the country, and these measures are effective to achieve their purpose, the social cost involved in the grant of the patent is not offset by any benefit to the community....

That said, Article 27(1) of the Agreement on Trade-Related Aspects of Intellectual Property Rights (TRIPs) states that “patents shall be available and patent rights enjoyable without discrimination as to the place of invention, the field of technology and whether products are imported or locally produced”. In other words, not only shall a patent not be revoked for failure to manufacture the patented invention locally, but the enjoyment of patent rights also cannot be curtailed or limited (eg, through a compulsory licence) due to a failure to manufacture locally. Therefore, the controller’s view was not consistent with India’s TRIPs obligations. However, IPAB took a view which harmonises TRIPs and Section 84: it held that local manufacture is not mandatory to work the invention within the meaning of the act. It also recognised that it may not be economically viable for an entity to establish a manufacturing facility in India if demand for the invention does not justify such capital investment. This is a more pragmatic view which takes into account commercial realities.

Apart from the three grounds discussed above, as inferred from Section 90 of the act, a compulsory licence may also be granted to remedy a practice that is found to be anti-competitive by the Competition Commission, India’s antitrust regulator. In other words, if the commission concludes that a patentee’s conduct is anti-competitive, it may record this finding and recommend the grant of a compulsory licence by the controller of patents.

In the aftermath of the Nexavar compulsory licence order, concerns were raised regarding the perceived erosive effects of compulsory licensing on patent rights and India’s commitment to honouring its TRIPs obligations was called into question. However, an objective examination of the compulsory licensing framework under the Patents Act reveals that the framework not only is consistent with India’s TRIPs obligations, but also includes its fair share of checks and balances to prevent summary, unreasoned and unreasonable abrogation of a patentee’s rights.

Critically, the balanced compulsory licensing mechanism deters patentees from treating patents as instrumentalities of litigation or as barriers to innovation and enterprise, and imposes a positive duty on them to work their patented inventions to the fullest possible extent in a reasonable manner. Simply stated, the existence of the compulsory licensing mechanism ensures that the spirit of the quid pro quo that underpins the patent system is preserved. 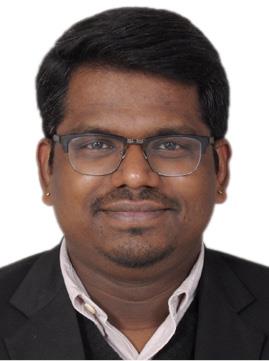 J Sai Deepak is an engineer-turned-litigator with a degree in mechanical engineering from Anna University (2002-06) and a degree in law from IIT Kharagpur (2006-09). He has been a litigator with Saikrishna & Associates since July 2009 and is currently a senior associate.

Mr Deepak has carved a niche for himself in IP litigation and competition law, having handled matters relating to all forms of intellectual property. He is an avid writer who has contributed to reputed national and international journals. Mr Deepak is also a prolific legal blogger: his IP blawg “The Demanding Mistress” is widely read by practitioners, legislators and policy analysts.