Cipla-Novartis – is revocation a reasonable solution?

On October 21 2014 Cipla, one of India’s largest generic drug manufacturers, sought revocation of five of Novartis’s patents under Sections 66 and 92 of the Patents Act, 1970. While generic companies in India are often at odds with multinational pharmaceutical companies over patents, what makes this dispute noteworthy is that Cipla has filed suit under Section 66 – a provision that has never been used before by a generic company in India.

On October 21 2014 Cipla, one of India’s largest generic drug manufacturers, sought revocation of five of Novartis’s patents under Sections 66 and 92 of the Patents Act, 1970. While generic companies in India are often at odds with multinational pharmaceutical companies over patents, what makes this dispute noteworthy is that Cipla has filed suit under Section 66 – a provision that has never been used before by a generic company in India. While Cipla describes Novartis’s patents in its application as obvious and lacking in inventive step, it has not filed suit under Section 64 of the act, which specifically allows for revocation on these grounds. Neither has it attempted to negotiate a licence with Novartis. Instead, it has sought revocation in the public interest based on Novartis’s inability to meet reasonable demands for Indian patients. Although revocation in the public interest is statutorily allowed in India, the forfeiture of patents solely on the grounds of non-use may turn out to be too bitter a pill for innovator pharmaceutical companies to swallow. In addition, there are fears that it may have an adverse impact on R&D in the indigenous pharmaceutical sector.

The dispute has once again brought India’s IP regime into sharp focus. The government’s decision will be keenly scrutinised by the international IP community, which in the past has attacked the Indian IP regime, especially with regard to the pharmaceutical sector, for violating standards set out in the Agreement on Trade-Related Aspects of Intellectual Property (TRIPs).

Revocation of patents in the public interest

Since signing TRIPs, India has taken the position that revocation should be allowed in the public interest. Indian patent legislation thus provides for this under Section 66 of the Patents Act, which authorises the government to revoke any patent suo moto (of its own accord) if it believes that the patent issue or its manner of use is “mischievous to the state” or “prejudicial to the public”. These terms are not defined in the act, giving the government ample discretion over these highly subjective issues. In fact, it is not even mandatory for the government to give the patentee the opportunity to be heard, making its power of revocation almost absolute. The government need only issue a declaration in the Official Gazette and thereafter the patent is deemed to have been revoked.

Although Section 66 endows the government with wide powers in this area, it has rarely been invoked. Only two revocations have been issued under Section 66, one of which was made before India signed TRIPs.

Section 66 was first invoked in India to revoke the process patent in a technique used to make genetic alterations to cotton. The method was primarily used to produce pest-resistant cotton by using tissue culture and was granted to US-based Agaracetus in 1987. While there was no pre or post-grant opposition against the patent, it was widely criticised by the Indian farming community, which claimed that it was prejudicial to their interests as it would adversely impact the farming of a major crop of national importance and would have negative ramifications on their livelihoods. There were also fears that that the patent would deny Indian scientists the opportunity to develop their own varieties of pest-resistant cotton using recombinant DNA techniques, which would have negative repercussions on cotton farming in India. Accordingly, the Indian government revoked the patent in October 1994. The patent was later struck down in the United States as well, thereby validating the Indian government’s decision.

A patent granted to Avesthagen for a treatment for diabetes using a combination of the plants jamun, lavangpatti and chundun was next to bear the brunt of Section 66 revocation. However, in this case revocation was a foregone conclusion, as the patent infringed the Traditional Knowledge Digital Database of India and had already been rejected by the European Patent Office following intervention by the Council of Scientific and Industrial Research – the leading R&D body in India which developed the database. Surprisingly, there was no opposition to the patent in India and it was accordingly granted in 2012, only to be revoked less than a year later. Avesthagen argued that while there may be traditional knowledge of the fact that plants such as jamun, lavangpatti and chundun could be used to treat diabetes, it was not known that when used in combination, they showed improved efficacy and had a more pronounced effect. However, the government was not convinced and revoked the patent under Section 66 on grounds of being “generally prejudicial to the public”.

In these two instances of revocation, the patent itself was found to be detrimental to the public interest. However, the Novartis case differs significantly, in that it is not the patent itself, but rather its use that is claimed to fall within the purview of Section 66. Although Cipla has described Novartis’s patents as obvious and lacking in inventive step, its major contention centres on the fact that non-use of the patents has resulted in the drug Indacetrol not being adequately available to Indian patients at reasonable prices. A respiratory drug used for the treatment of chronic obstructive pulmonary disease (COPD), Indacetrol is sold under the trade name Onbrez or Arcapta. Novartis currently holds five patents pertaining to Indacetrol, including process patents. Because of these patents – the last of which was filed in August 2005 – Novartis will have exclusive rights over Indacetrol, including its manufacturing processes and all its relevant intermediates, for a significant period.

This extended patent monopoly has not gone down well with Cipla, which claims that although COPD has assumed epidemic proportions in India, Novartis has so far neither manufactured the drug in India nor transferred its technology to any Indian entity. Referring to Form 27 filed by Novartis before the Indian Patent Office (in accordance with Section 146(2) of the Patents Act and Rule 131 of the Patent Rules, 2003, all patentees and licensees in India must provide information in Form 27 as to the extent to which the patented invention has been worked on a commercial scale in India), Cipla has stated that the drug is only imported into India through Novartis’s licensee, Lupin Ltd, in a grossly inadequate quantity, fulfilling just 0.03% of the country’s requirement for the drug. In addition, Lupin Ltd sells the drug mostly to government institutions at high prices; it remains generally unavailable in chemists. Cipla asserts that Novartis’s inability to supply drugs at affordable prices for a disease that kills more people than HIV/AIDS, cancer or malaria impinges upon the fundamental rights of Indian citizens to have adequate access to medicines and treatment. While the application for revocation is pending, Cipla has already launched a generic equivalent of the drug, which it claims to be almost 400% cheaper.

There is a significant degree of uncertainty as to whether the global IP framework allows for revocation in the public interest. Although the Paris Convention for the Protection of Industrial Property 1883 allows for revocation in case of failure to work a patent, it mandates that revocation proceedings may be instituted only two years after grant of the first compulsory licence and only if grant of the compulsory licence is insufficient to prevent abuse of the exclusive rights granted by the patent (Article 5A(2), read with Article 5A(3)). Article 32 of TRIPs does not clearly deal with when revocation may be effected, but requires only that the patentee be given an opportunity of judicial review in case of revocation. While this may be interpreted to mean that countries can revoke patents based on public interest considerations, the drafting history of TRIPs indicates that different countries have taken divergent approaches to the issue of revocation. The US delegation favoured a narrow scope and advocated that patents should be revoked only if they fail to satisfy three mandatory substantive requirements of patentability (ie, novelty, non-obviousness and utility). The European Union proposed that revocation based on non-use should be prohibited, while India favoured revocation in the public interest.

Even in the two previous examples of revocation in India, the public interest was invoked only when the subject matter of the patent was itself frivolous or short of substantive criteria. Although Section 66 clearly stipulates that the provision can be invoked when use of the patent is prejudicial to the public, even though the patent may itself be valid, it has never been applied in cases involving non-use of patents or the unaffordability of life-saving drugs. In fact, even Section 92, which gives suo motu power to the central government to grant compulsory licences, has never been put into practice. To date, India has granted only one compulsory licence and that was under Section 84, which obliges any party that is interested in obtaining a compulsory licence first to make efforts to obtain a voluntary licence from the patentee, providing for grant of a compulsory licence only when such efforts fail. This condition is mandatory and if the applicant fails to fulfil any of the necessary conditions, the application will be rejected. This was the case recently when the Indian Patent Office rejected an application for a compulsory licence for BDR Pharma’s cancer drug Dasatinib, on the grounds that the applicant had not entered into a dialogue with the patentee to try to secure a voluntary licence.

This clearly emphasises that while the Indian legislative framework provides enough flexibility for the government to consider the public interest, the government has so far taken a stand that balances the interests of both rights holders and the public.

It is crucial that affordable drugs are made available to the public at the earliest opportunity. However, it is equally important to incentivise and encourage innovation and research, especially in the pharmaceutical sector. The development of medical drugs entails a significant investment, the returns from which largely remain uncertain. In fact, even after a patent has been granted, the rights holder must comply with multi-step regulatory processes before the patented drug can be marketed. If patents are revoked on less than reasonable grounds or when alternative remedies are available, this is bound to have a deleterious effect on innovation in the pharmaceutical sector. While the ambit of the term ‘public interest’ is extremely wide and it is legitimate for a sovereign country to revoke a patent if this is preventing affordable access to life-saving drugs, it is only fair that revocation be resorted to only after all other remedies have been exhausted. After all, encouraging research and innovation is also in the public interest. It is this context that the Department of Industrial Policy and Promotion’s decision in Novartis assumes far-reaching significance for the future of pharmaceutical innovation and the development of patent jurisprudence in India. It is hoped that the eventual decision will not only facilitate equitable access to life-saving drugs, but also balance the interests of rights holders and abide by international standards. 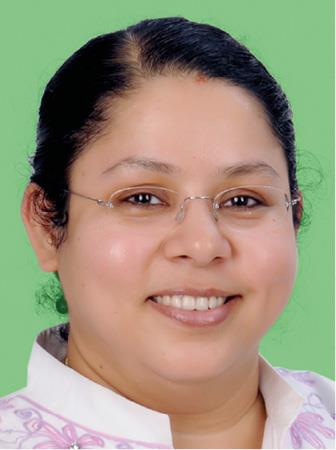 Manisha Singh has over 17 years’ experience in prosecuting IP matters in India and globally. As an IP attorney, she practises IP law at both the prosecution and enforcement levels. Ms Singh regularly represents clients as their litigating counsel before the Supreme Court of India and the high courts. Her rich experience in all aspects of the sector is also reflected in her prolific academic and research-oriented writings. 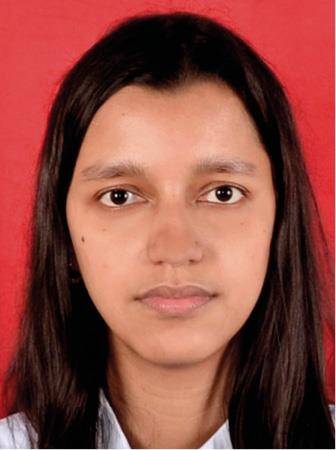 Priya Anuragini is an associate at LexOrbis. She graduated with an LLB from Delhi University, has an LLM in business law from the National Law School, Bangalore and writes extensively on IP issues. Ms Anuragini’s areas of interest include non-conventional trademarks, the copyright regime in the digital context and standard-essential patents.