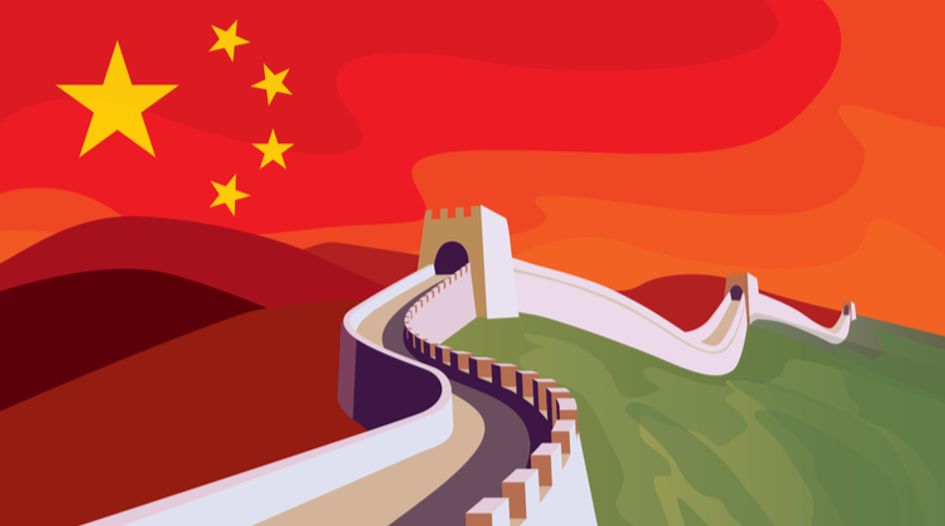 There are 19 Chinese entities named in this year's Asia IP Elite, the highest number since the programme began

The Asia IP Elite recognises the very best of the region in terms of IP strategy. Its membership comprises companies and research entities that have a dedicated IP function and have been active players over the past year, whether through deals, disputes, transactions, strategic initiatives or by sharing best practices in IP management with the wider community. After focusing on India, Southeast Asia and Australasia and then Taiwan and South Korea, today we name the elite entities in China.

The addition of two new companies brings the Chinese contingent to 19 firms. Many of the Chinese Elite remain at the stage of rapidly growing their portfolios, and the events of 2020 may see them close the gap with overseas competitors even more rapidly. China’s patent office is one of the few in which patent filings have rebounded quickly from initial covid-19 disarray and are now on pace for year-on-year growth.

Some companies, including first-time honorees CSOT and Mindray, already have a wealth of experience contending with domestic competitors in local courts. For others, like new entrant Vivo, gearing up for overseas IP disputes is front of mind, and that means tapping the secondary market to supplement in-house filings. Increasingly, though, Chinese companies are also showing up as sellers of patents in cross-border deals: Huawei, ZTE and TCL have all done so in 2020.

One of the most notable trends of 2020 is that Chinese courts are now clearly looking to assert influence in global FRAND disputes. After all, in many high-profile SEP disputes involving members of the Elite from China, Chinese patents cover a huge portion of the manufacturing and sales activity that is alleged to be infringing. We have already seen anti-suit injunctions on behalf of Huawei and Xiaomi, and Oppo has persuaded a Chinese court to consider setting a global rate for the first time.

These developments could increase the influence of Chinese patent owners like the below companies and the many others that are striving to attain their level of IP mastery. But a sophisticated IP team is needed if firms are going to take advantage of these trends.

January – Vivo picks up hundreds of patents in Nokia deal

The transfers are significant on their own because they represent the first known instance of Vivo acquiring patents from a third party. As IAM has noted in the past, Vivo (“China’s quiet patent player”) has kept a low profile in both patent transactions and licensing compared to competitors like Xiaomi and Oppo with very similar product profiles and sales numbers.

But the company says that for clients including but not limited to TCL and CSOT, it is also providing services in strategic licensing and litigation management. TCL has been among top Chinese targets for NPE and competitor patent litigation in multiple jurisdictions; while CSOT, a relatively new company, has been involved in lawsuits in the US and China. “We play a central role in representing TCL to manage litigation and licensing,” Wen explains.

In Oppo’s case, picking up early-stage SEP applications is about more than simply setting the stage for patent pool membership. “We want to prepare for next generation of video codec as early as possible”, an Oppo executive tells IAM. Streaming technology is just one area in which the Chinese company may face increasing pressure on the licensing and litigation front as it expands outside of its home market.

“I would like to say this: customers and markets can change, the political and business environment can change. But one thing that couldn’t be changed is that Huawei will continuously invest in R&D,” head of IP Jason Ding opened. “It’s the only way Huawei can overcome uncertainty and secure its long-term survival.”

We have known for some time that IP rights are playing a key role in Jack Ma’s move to restructure the relationship between Alibaba and payments firm Ant Group to pave the way for the latter’s IPO. The transfer of unnamed IP rights was part of the complex deal that saw Alibaba convert its profit-sharing mechanism with the Alipay into a 33% ownership stake one year ago.

“The beauty of capitalism is that if someone decides to abuse their market power, ultimately the market’s going to drop those standards, because consumers won’t pay for it. That’s essentially what’s wrong with licensing in the codec space – people forget ultimately that we should do the right thing for consumers.”

“If we get this right, people will look at Lenovo and say ‘here’s a company that I want to work at, here’s a company that will give me a fair shot,’” head of IP John Mulgrew says. He also warns that research-based companies that ignore this issue could see some of their most important intellectual assets walk out the door. A huge increase in tech-sector remote working means “you need to compete way more aggressively to attract talent to your team.”

ZTE’s deputy CIPO and Chief Licensing Officer Marco Tong stressed that Chinese companies can succeed overseas if they leverage local legal networks and use all the tools available to them. But bringing the fight back home is also emerging as a key tactic. “It’s very important for Chinese companies to utilise the Chinese legal system as a tool to fight back against foreign litigation, at least to use as leverage,” Tong advised, adding that the real-world results of this strategy are already apparent.