China’s IP ascent is not written in stone 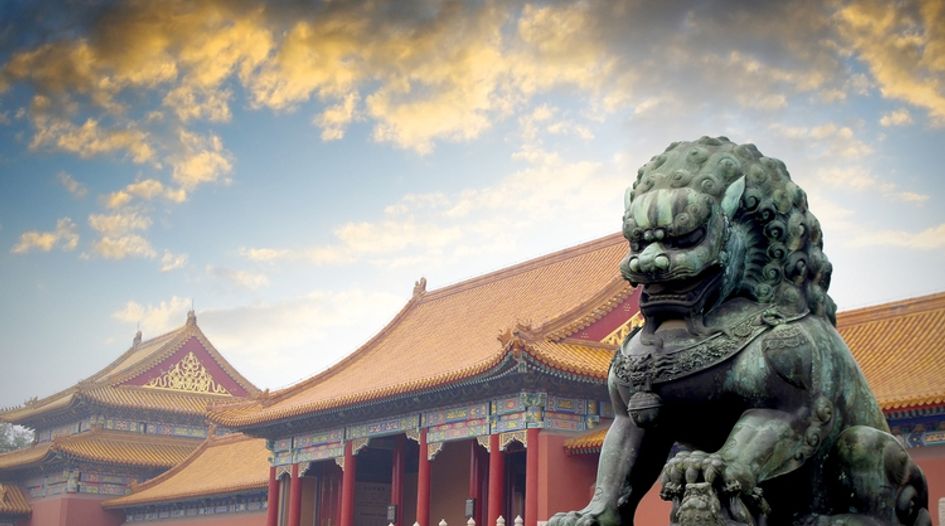 The rise and rise of Chinese patents has been one of the key storylines in the IP world over the last decade, and even before that. High hopes have always been caveated with concerns about examination quality, judicial independence and the country’s close association with trade secrets theft. However, the rapid pace of change in the patent sphere has been undeniable and has made it hard to bet against China’s IP ascendance.

The huge leaps in Chinese patent filing and the country’s now-entrenched numerical dominance of the patent universe are well understood phenomena. But what was more interesting to foreign IP executives was a major change in perceptions about civil IP litigation in China. Statistical samples of the courts’ absurdly busy dockets, based on the limited data available, showed time and again that judges in IP cases were for the most part handing down pro-patent owner decisions and that foreign companies were even more likely than local ones to benefit.

Moreover, much of this came to light at a time when there was much doom and gloom over the US litigation environment post-PTAB and post-Alice. China also offered the possibility of a very powerful injunction that in most cases wasn’t available to plaintiffs State-side. Legal analysts pointed out that in areas like software, the Chinese patent office was quite favourable to applicants in comparison to other jurisdictions. China was seen as a promising litigation venue – as long as the politics were right, as long as you were smart about it.

In many ways, that is undoubtedly still true. I know for a fact that there are licensors big and small who are making money off the back of Chinese patent enforcement, right now, even as the trade stand-off with the Trump administration roars on. That includes NPEs, foreigners and foreign NPEs that are going after local Chinese companies - as long as the politics are right, as long as you are smart about it.

That said, though, it does seem like the trade war has shaken up the narrative about China’s IP rise. Circa 2015 or 2016 it was pretty common to hear a licensor say that they were shifting their focus out of the US to Germany and China. Nowadays, it seems like people are more likely to talk about the twin hopes of Germany and the UK.

Two years into the trade war, and perhaps near a momentary peak of CNIPA patent filings (domestic applications didn’t grow year-on-year in H1 of 2019, but foreign ones did), it’s a good time to re-assess the idea that China’s IP environment is just going to go on getting bigger in size, better in quality and fairer in outcomes.

One place to start is to ask whether China’s plaintiff-friendliness and foreign-friendliness ever matched the hype. There’s lots of quantitative evidence that civil plaintiffs do well, particularly in the Beijing IP Court. The first caveat to this is that not all cases are published in China, so it’s hard to know how robust those statistical snapshots are. The second is that it says nothing about the validity stage, which is where many unsuccessful plaintiffs actually lose (and where it is also hard to get good statistics).

The trade war also raises questions: immediate ones about a few high-profile cases where it looks like US chipmakers might have come in for ‘irregular’ treatment; but also bigger ones about what direction China’s industrial development will take. That's because China’s efforts to become a leading patent power seem to have bought it exactly zero goodwill when push has come to shove.

Look at how important open source technologies might turn out to be as a greater number of Chinese companies face export restrictions that threaten their supply of semiconductors and other components. It might make a lot more sense for China to become world leader in open source and de-emphasise patents – just as many sophisticated corporates in the West are moving in the same direction.

I also wonder what will happen should the great majority of Chinese companies that aren’t global patent powerhouses suffer serious setbacks in their own country as a result of patent lawsuits. If China has lots of patents, high quality rights and a legal system that doesn’t bias toward large firms, that is sure to happen.

We already see up-and-coming companies facing litigation around IPO time. The domestic NPEs that have emerged in China shade toward the opportunistic end of the spectrum and could give rise to a patent troll narrative. Given the sheer number of active patents, you can see why authorities might be hesitant to take steps that make enforcement more threatening, especially as the economy slows.

Then layer on top of all of this a healthy dose of uncertainty related to politics and the legal system, which will never go away even after trade tensions have cooled.

Of course, it is entirely possible that China’s leaders are genuinely committed to building an innovation-based economy and too far-sighted to abandon such efforts in the face of current headwinds. But while it’s almost certain they will keep talking the patent talk, there is no guarantee that the realities of quality, enforceability and fairness will match the promises. That’s why it is important for IP stakeholders to stay engaged with policymakers regardless of the trade situation.