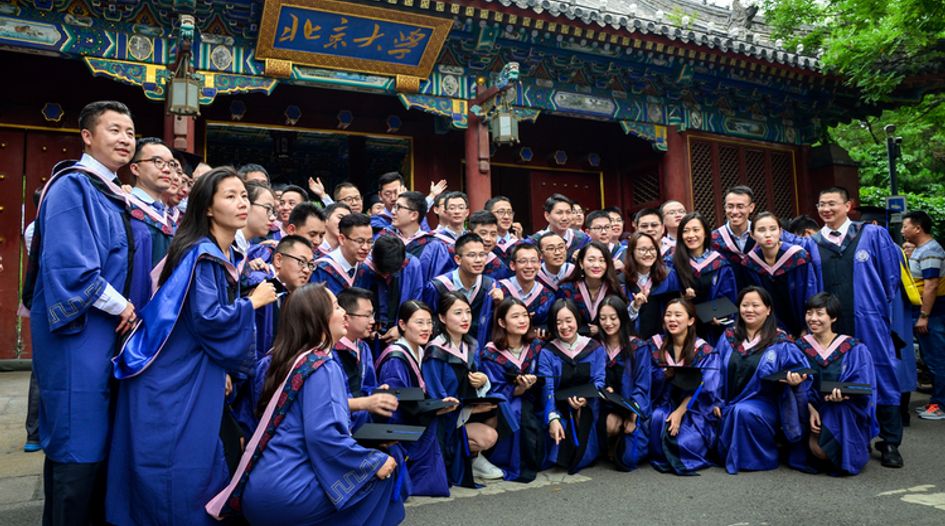 “Technology transfer and commercialisation”, currently a catchphrase in China’s tech scene, owes much of its popularity to government endorsement. It might even be said that it is an inevitable choice for transforming and upgrading the domestic economy. As the real estate industry has lost its halo, technology has become the new core engine of China’s economic growth.

Granted, innovation has always been a focus, but the idea of technology transfer and commercialisation has never been as popular as it is today. It has garnered more headlines with the promulgation of several favourable laws and policies:

In the wake of these policies, enterprises, institutions and platforms engaged in technology transfer and commercialisation continue to crop up across China, along with a dazzling array of events, projects and capital.

All insiders know that the Chinese state has loosened control over income from the transfer and transformation of scientific and technological achievements which fall within the category of state-owned assets.

The Ministry of Finance (MOF) and the Ministry of Science and Technology (MOST) have, in turn, issued policies delegating the power of managing and using state-owned assets to central-level public institutions. According to the provisions: “State-maintained R&D institutions and universities may independently decide assignment, license or investment as a trade-in of the scientific and technological achievements they hold, and shall not be required to file such assignments, licences or investments for examination and approval or for the record, save those involving state secrets and state security.”

Such policies give universities and institutes greater scope for the disposition of income from technology transfer and commercialisation. Currently, central-level public institutions only need to hire a third party to evaluate the price of state-owned assets, and file for the record the plan for technology transfer and commercialisation with the MOF.

The broader latitude and legal blessing notwithstanding, technology transfer and commercialisation is, per se, a two-way process. Its success hinges on the interaction between universities/institutes and the market - a complex combination of multiple factors.

When looking at what is happening in China there are three key points to bear in mind.

In Europe and the United States, enterprises and other market players are much more involved in technology transfer and commercialisation.

At Western universities, patent operations - which encompass application, protection and management - are highly standardised, as they fall under the responsibility of a dedicated team of professionals. Experienced and skilled technology managers constitute the first line of defence, while the technology transfer/licensing office connects research with marketing from the very beginning. For its part, technology marketing goes hand in hand with the submission of invention disclosures.

In other words, a technology manager is at once evaluating an innovation, determining the patent scope and looking for a company able to commercialise the patent and technology concerned. Such a mechanism has been widely adopted, though with mixed success. A ready market explains why the mechanism is so prevalent. Investors are always drawn to university patents and technologies.

In China, however, universities/institutes and enterprises are often locked in an awkward tango. Already overloaded, researchers, on the whole, do not have enough time, energy or the requisite skill-set to deal with business. Moreover, given the current business environment, they are even wary of industrial cooperation. For their part, enterprises lack efficient means of finding the right teams. Many grumble about academic bureaucracy, institutional constraints and low efficiency of universities/institutes. The mismatch between what universities/institutes can do and what enterprises expect dampens market interest in technology transfer and commercialisation.

In addition, many universities/institutes are not able to set up a proper dedicated team overnight. If the past decades are anything to go by, what happens at Chinese universities stays in Chinese universities. The Chengguo Ban, China’s answer to the technology transfer/licensing office, is largely there to apply for national awards rather than engage with the market. It never seeks to actively commercialise scientific and technological achievements, even if no enterprise darkens its doorstep.

To make matters worse, China’s equivalent to technology managers lack the initiative and skills to play ball with industry and finance. More often than not, universities will task Keji Chu (literally “technology division”) or Keyan Chu (literally “research division”) with technology transfer and commercialisation, and either will appoint a part-time manager for the task. There is no crash course in technology management. Even with the favourable laws and policies, any substantial change in university patent operations will be a long time coming.

China’s long-standing model for patent aggregation has little to do with valuable and transformable scientific and technological achievements.

Since 2012, China has been the global leader in patent filings. According to WIPO, in 2017 Chinese entities submitted 1.38 million applications, accounting for 43.6% of the world’s total. Nevertheless, there is a huge difference between patents and transformable scientific and technological achievements. In China, patents are rarely transformable, let alone of high quality.

Over the past three decades, the staggering increase in Chinese patents has had more to do with the increase in research input. According to research assessment rules, subsidies are a direct function of filings. In 2018, the author heard that for a national key research programme, each patented invention would secure for its owner a grant of RMB 900,000. The amount may be even higher in other cases.

Despite the increasing quantity of applications, these rules fail to boost quality. Patent operations is a cost centre, and an indifference to quality - an outgrowth of the current rules - will easily throw the operators into a dilemma: it is impossible to maintain a large number of patents in the long run, yet once a patent is abandoned, all the seed investment is wasted. Hence, quality is a likely bottleneck for large-scale technology transfer and commercialisation.

During the last two years, China has initiated a string of patent quality development campaigns. Nevertheless, transformable scientific and technological achievements are not necessarily patents. For a long time, papers have been the main representation of such achievements, which also has something to do with the research management and assessment rules.

Given the weak foundation of patent operations at Chinese universities, a major breakthrough is unlikely to occur in the near future.

Technology transfer is understood differently in China and the West, while talents and markets remain the core elements of patent operations.

In Europe and the US, technology transfer usually refers to patent licensing or trading, as well as the income it brings. In China, judging by the local governments and industrial parks the author has visited, technology transfer mainly involves the introduction of high-tech corporate projects, which are subject to more robust demand in the domestic market.

Both definitions make sense. Speaking of government-led technology transfer, emphasis should be placed on turning patents into commercial products. If so, China and its universities will be able to ramp up patent operations on a larger scale. From where we stand, there is still a long road ahead.

As mentioned above, Chinese universities and their patent operators are less keen on marketing. There is no socially recognised career path, not to mention a market-oriented incentive pay scheme, for talents in technology transfer and commercialisation. Barely any outstanding new graduate or veteran will choose a career in this field.

Although, kudos to the national government, technology transfer and commercialisation is now mentioned in the same breath as “mass entrepreneurship and innovation” - and manages to attract a lot of attention and resources - talent remains the weakest link of the industry chain.

Meanwhile, the absence of standardised cooperation channels dents corporate enthusiasm to co-operate with universities/institutes. How can we prompt universities/institutes to get off their high horses and embrace the market? How can we do as much as possible to safeguard the rights and interests of researchers who are typically short of commercial awareness and business acumen in the process of technology transfer and commercialisation? These questions need to be answered by professional service agencies based on an effective management mechanism.

In short, to turn patents into commercial products, the 3,000-odd Chinese universities have to go the extra mile. But sooner or later they will find a way to unleash the explosive power of research and marketing. The world will then be amazed.

Haoshu Peng is the founder and president of Shanghai Taovation Tech Ltd, which provides consultancy and services for overseas emerging tech companies to expand their business to China. She is also the Director of IP management at the Chinese Academy of Sciences Innovation Cooperation Center (BKK)