The United States initiated a Section 301 investigation of Chinese trade practices from the aspect of IP infringement, technology transfer and innovation. Regardless of whether Section 301 should be used, the issue of IP infringement by Chinese companies is not someone else's problem for Japan.

On September 8 2017 the Japanese government published statistics on the import suspension of IP-infringing goods into Japan during the first half of 2017. 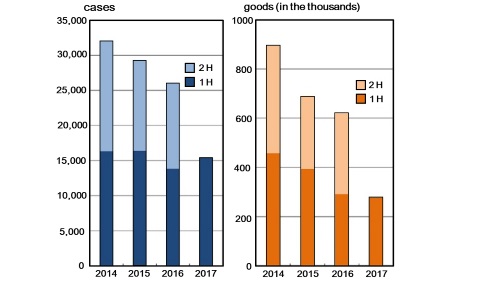 Regarding country of origin, 14,282 import suspension cases (92.8% of the total) came from China, an increase of 12.5% from the same period in 2016. China remains the largest infringer for the seventh consecutive year. China files over 1 million patent applications each year – regardless of patent quality – and it is becoming a major IP power and has been driving forward patent utilisation. This should increase Chinese companies’ awareness of IP issues and contribute to a reduction in IP infringement. 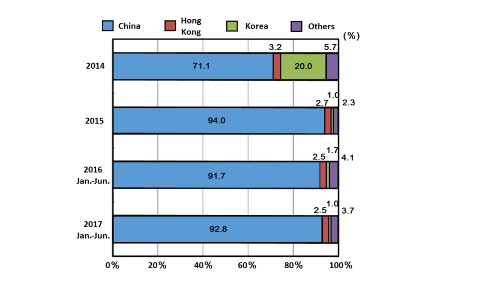 Regarding types of intellectual property, most cases are for import suspension due to trademark infringement (15,147 cases or 98% of the total; 159,488 goods or 57.2% of the total). The remarkable change from the same period in 2016 is the increase in design rights cases: 77,789 goods were suspended due to design right infringement, which is approximately 18 times more than the same period in 2016. With Japanese companies now recognising the importance of design in relation to improving product competitiveness, they may increasingly use design rights for enforcement.

Regarding patents, only 15 cases (0.1% of the total) or 21,390 goods (7.7% of the total) were suspended. Compared with trademarks or designs which are distinguishable in appearance, patents are harder for Customs to check. Therefore, the detectability of infringing goods and the provability of infringement are important factors when evaluating patents (see Customs’ procedure for import suspension in Japan).