Let’s be thankful for a billion miles of IP 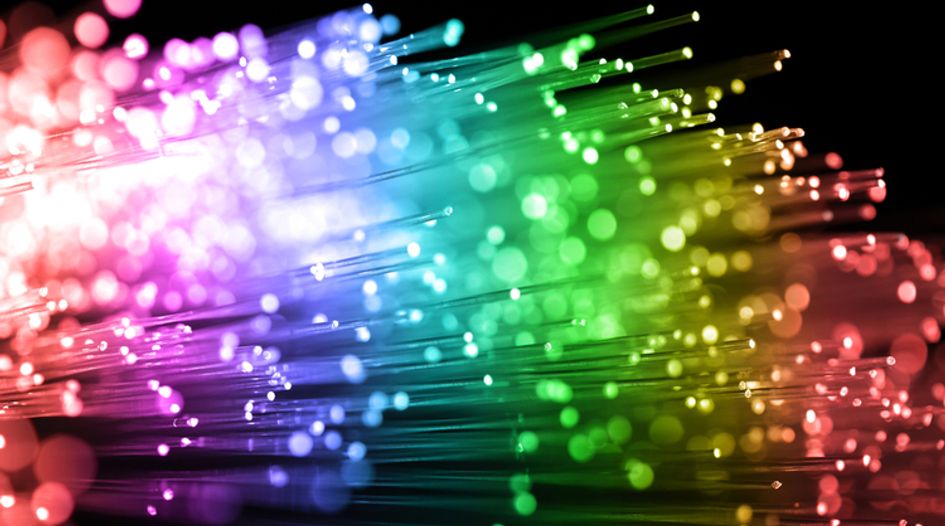 The coronavirus crisis has shown more clearly than ever just how much we owe to those IP owners whose investments in R&D and contributions to standards have enabled high speed, global connectivity. If we want to ensure they continue to do this vitally important work, writes Daniel Hermele, it is essential we incentivise them to do so

Whether checking our mobile news apps, accessing corporate intranets or communicating over Teams, Zoom or Houseparty, one thing many people are grateful for right now is the ability to remain connected while we stay at home.

While it might not be as poetic as Love in the time of Cholera, the internet is certainly proving itself a lifesaver in the time of the coronavirus. When we hit send on an email to the other side of the world, desperately search the web for toilet paper or forget to click hide video when joining that work call in our pyjamas, we hardly pause to marvel at the incredible journey our data will take.

Last week I attended a conference from my home in the English countryside. From my laptop, the video data I sent first travelled over wifi to my wireless router modem and then over cellular 4G+ to the nearest cell tower. Next, it went over backhaul links, increasingly using optical standards, to my network carrier and internet service provider. From there, it was transported over hundreds of miles of cable and fibre over national wireline and optical carrier networks, and then over thousands of miles of intercontinental and submarine backbone links to ultimately reach all the other participants’ devices around the world.  All in real-time.

The current lockdown so many across the world are living through has led us to reconnect on our screens with friends and family we haven’t seen in years.  Meanwhile, jobs that were allegedly impossible to do remotely are suddenly possible.

Reports on data traffic show that we have transitioned from enjoying cat videos to joining conference calls. Overall traffic is up – for example, Italy has seen a 20% to 40% increase since lockdown. Traffic is also geographically shifting from urban centres to suburban and rural points of presence.

As we adjust to the new social and economic order, the internet is doing exactly what it was designed to do – reconfigure itself to keep us connected and safe.

Since the world wide web was launched in 1993, access speeds have got 20,000 times faster - from 56 kbps dial-up modems to 1 gbps fibre to the home readily available in the UK today.  In carrier networks we now have switches and routers using insanely fast silicon with 7nm architecture and wireline or optical links using four- or eight-dimensional modulation schemes for encoding complex data constellations onto carrier waves.  Try saying “bi-orthogonal, binary pulse-position modulation, polarization-switched, differential quadrature phase-shift keying” after a glass of Prosecco.

These technologies have accelerated carrier transmission speeds into terabit territory. In 2014, researchers demonstrated a link over a single optical fibre the width of a human hair and 1km in length reaching a speed of 255 Tbps. That’s five billion times faster than 56 kbps dial-up!

What’s more, almost all user traffic on the internet today is ultimately wireless.  Whether that be through cellular networks or wifi, the last link to the user’s TV, laptop or mobile phone is almost always over the air.

Wireless communication is increasingly more practical for consumers even in fixed applications – ie fixed wireless access.  Today, thanks to recent technology-packed standards, wireless access does not impose a major penalty over wired access.  For example, I am able to achieve consistent speeds of around 250 Mbps over 4G+ (LTE Advanced) even in my remote and rural location, enough to download a complete HD movie in about 3 minutes.  5G promises to be significantly faster than that and with even lower latency.

Enabling interoperability between multiple users and devices, and multiple networks and links around the world, requires standardisation of communications technologies.

The most important standards organisations/partnership projects responsible for standardising the technologies that power the internet are the International Telecommunication Union (ITU-T), the Institute of Electronic and Electrical Engineers (IEEE-SA) and the European Telecommunications Standards Institute (ETSI) / 3rd Generation Partnership Project (3GPP).

Development and deployment of these communications technologies, products and services is the result of private industrial investment on a massive scale.

In the UK alone, BT OpenReach manages 184 million km of cables, 4.8 million distribution points and invests £1 billion every year in maintenance and upgrades.  The four cellular network operators in the UK together deploy 70,000 to 80,000 base stations supporting 92 million mobile connections and invest £8 billion to £12 billion in new network infrastructure every year.

In 2013, the consumer surplus for mobile technologies across six countries - the US, Germany, South Korea, Brazil, China, and India - totalled $6.4 trillion. In 2014, the mobile value chain was directly responsible for 11 million jobs globally. Between 2009 and 2013, companies in the mobile value chain invested $1.8 trillion in infrastructure and R&D.

Sadly, my experience of working in the IPR policy groups of these technology standards organisations over the last 15 years has shown that some corporate participants have become expert not at developing communications technologies to contribute to standards, but at developing self-serving narratives aimed at devaluing the contributions of others.

We have all heard the derogatory terms for certain kinds of patent owners or patent-related activities - patent troll, patent privateers, patent holdup and so on. I call them Patent X, where X stands for something, anything, bad.  Patent X is used to denigrate patent owners and damage the IP system.

Those that do this know that mere theories of economic or competitive harm, even though unsupported by evidence, can sometimes be enough to persuade policymakers and judges.  It’s a simple but highly effective strategy.

The debate on standards essential patents (SEPs) is a case in point.  Unlike physical property, which enjoys physical possession, IP is intangible and protected only to the extent the levers of policy, law and regulation permit.  The IPR policies of standards organisations, and the law and regulations that govern enforcement of SEPs are such levers - and they can be nudged through narrative.

For example, the spectre of patent holdup has been raised in the courts of some jurisdictions to prevent SEP owners from ever obtaining FRAND injunctions. FRAND injunctions are granted by a court for infringement of a valid SEP, but only if the SEP owner has been found to have met its contractual undertaking to offer a FRAND licence.

However, the theory of patent holdup is defined to prevent a SEP owner from even seeking an injunction from a court for infringement of a SEP, irrespective of whether the infringer has in bad faith refused to take a FRAND licence. The spectre of patent holdup is therefore deployed  to limit the SEP owners’ remedies to damages only for individual SEPs in suit.  This is aimed to defeat the objective of FRAND-based standards IPR policies to foster FRAND licensing.

When making their FRAND licensing undertakings to standards organisations, SEP owners did not sign up for endless litigation for damages in respect of every individual SEP.  No sane company that values its IP would do that.  Instead, SEP owners made a good faith promise to forgo excluding a user of their patented technologies in the standard in exchange for the right to obtain a global FRAND licence in a timely and efficient manner.  In these times of wilful and efficient infringement, this may be something that ultimately only a FRAND injunction can help them obtain. But a FRAND injunction is precisely what the fictional narrative of patent holdup is designed to prevent.

Aside from patent holdup, there are other fanciful concepts that are not present in the contractual FRAND undertakings made to standards organisations but are nevertheless argued to exist by those seeking to devalue the contributions made by SEP owners. These include hypothetical royalty stacking, ex ante incremental value, smallest saleable patent practising unit and licence to all.

It is time to recognise that these theories and concepts are designed to do only one thing – to damage the ability of SEP owners to obtain FRAND licences for the use of their technologies and thus reduce the return on their investments from FRAND to close to zero.

These bogeymen should be put to bed and the facts looked at in the plain light of day: there is no such thing as patent holdup, just FRAND; and an SEP owner should be able to obtain no more and no less than a FRAND licence for its patented technology contributions to a standard.

When deciding on SEP infringement cases, courts should not ask whether SEP owners may theoretically engage in something called patent holdup. Instead, they should undertake the rather more complex and tedious analysis of what a reasonable licensor and licensee would agree are fair licence terms in the particular circumstances of the case.

The fallacy of royalty-free

Royalty-free licensing may be appropriate for standards which do not require large scale upstream investments.  For instance, the IETF is a royalty free standards organisation responsible for the likes of the internet protocol and hypertext transfer protocol. These are vastly simpler than wireless, wireline and optical standards technologies.

However, no company with a duty to deliver a reasonable return to shareholders would make substantial investments only to give away the fruits of those investments for free.  Yet some companies today contend that the developers of communications technologies which have driven such enormous value to consumers should do just that.

They argue that the communications technologies they use to drive profits for their own downstream products or services could and should be developed – by others - on a royalty-free basis.  They point to the royalty-free IPR policies of the IETF and W3C as supposed proof that IPR was not necessary to develop the internet.

But this is a trick.  The internet is not internet protocol or hypertext transfer protocol.  Confusing the vast array of complex communications technologies that really power the internet with these simple web protocols is an attempt to hide and devalue trillions of dollars of industrial investments.

Policymakers and courts must continue to uphold the FRAND-based IPR polices of the standards organisations that have made today’s internet possible and that respect the rights of SEP owners to obtain a fair reward for their technology contributions.

It is these standards organisations that will need to continue to attract the increasingly more advanced technology contributions that will propel us into the future.

With the coronavirus, we may be heading for the deepest recession in decades.  Despite the economic damage and tragic loss of life, I hope that there will also be some positive outcomes for society and the planet as we become more comfortable with travelling less and telecommuting more.

Our private and state pensions are increasingly invested in telecoms companies which are now seen as stable and safe investments.  What’s more, our lives and livelihoods will depend more upon - and be intertwined with - the connectivity provided by the internet.

Some conspiracy theorists may believe that 5G is responsible for spreading the coronavirus or that SEP owners engage in patent holdup.  However, those of us based in reality should be thankful for the very tangible investments, protected by the IP system, that have made the internet possible and will continue to drive its development.

So, let’s hear it for that technological marvel made of a billion miles of IP.

Daniel Hermele is a barrister and patent attorney with 20 years’ experience in the high-tech sector, most recently in Qualcomm’s patent licensing business. Dan now offers consulting services in IPR strategy, transactions and policy, with a focus on supporting parties in FRAND licensing disputes and litigation.