OPINION: It's time to sort out the connected car disconnect 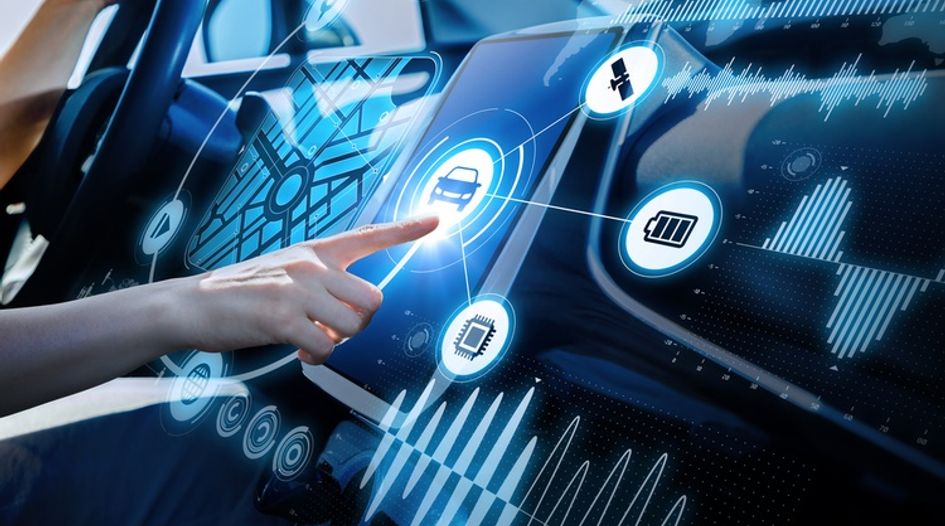 To the automotive industry - ever cautious about liability - connected cars create a conundrum.  Consumers expect eCall, 3G, 4G and soon 5G connectivity, along with Wi-Fi, Bluetooth, and other patent-heavy standard technologies to come with their cars, just as they do in phones.  But the auto industry does not work like the phone industry and its reliance on suppliers to assume patent liability is legendary.  So even if cars and phones use the exact same technologies, the different supply chains, providers, distribution channels and sale prices have created a great deal of uncertainty as to what is the fair, reasonable, and nondiscriminatory (FRAND) rate is and who should pay.   Since there have been no recent decisions on FRAND involving automotive companies, the best they can do is look at decisions from the phone wars.

Automakers see hope in an approach outlined in the recent decision in TCL v Ericsson.  In  December 2017, the Central District of California case suggested that for worldwide patent portfolios, a top-down analyses (which looks at the aggregate royalty rate of the technology and divides it among all known patent holders to arrive at royalty rates) should apply.

But in Unwired Planet v Huawei, the appeals court of England and Wales - in a lengthy opinion and in no uncertain terms - upheld a higher global FRAND rate against Huawei on Unwired’s portfolio of purportedly SEPs relying in part. on comparative licences with others.  This signalled trouble, as the court argued that “[j]ust as implementers need protection, so too do the SEP owners”.

Unfortunately, the court also endorsed differential pricing, ruling it can “be beneficial to consumer welfare”.  This was despite finding a previously negotiated Samsung licence both “equivalent” and “comparable”:

Samsung was one of a handful of major licensees. The licence was for the same portfolio and related to the same acts. It was contemporaneous. It was therefore, for the purposes of considering hard-edged non-discrimination, an equivalent or comparable transaction to the putative licence under consideration between UP and Huawei.”

Nevertheless, the court decided that the worldwide FRAND rate that Huawei was ordered to pay can be higher than Samsung’s since an SEP holder should not be penalised by doing a deal lower than the FRAND rate.

This is bad news for the automotive industry.  The Unwired Planet approach means that patent pools and their participants can set a high price, seek licensees and, if successful with a few unique parties, litigate against others who believe the rate too high, using the few licences they have obtained as a benchmark for the pool’s value. In fact, they can even potentially ask for more by arguing the rate is actually below the true FRAND rate.  And with differential pricing, there is no guarantee that licensors will not ask for more in litigation.

That is just what Avanci, the patent pool run by former Ericsson chief IP officer Kasim Alfalahi, is attempting. As the first patent pool to seek licences in the connected car space, Avanci started in 2016 with a handful of major patent owners such as Qualcomm and Ericsson as licensors and several others such as Unwired Planet, Sony, Panoptis, Panasonic and Vodafone joining later. But it was roughly 15 months in before Avanci announced its first public licensee, BMW, and an unnamed supplier.  And it was just a few days later when it publicly announced for the first time its per-car royalty rates: $3 for eCall only, $9 for 3G, and $15 for 4G (ie, LTE).

While otherwise vague, Avanci’s website is clear on one thing: its posted, preferred per-car royalty rates

Without knowing BMW’s terms, it’s safe to assume the licence was highly similar to (and likely provides support for) the announced rates.  Unfortunately for Avanci, the TCL v Ericsson decision issued two weeks later, suggesting that a top-down analysis should rule.

Since then, Avanci has added licensors such as NTT DOCOMO, Conversant, Siemens (all also a part of Via’s pool), Nokia, NEC, TNO, BT, BlackBerry and IP Bridge.  But since BMW, Avanci has not announced another licensee.

If Avanci were the only licensor it is arguable that its existence could make things easier, but there are at least three licensing entities focused on LTE and many other major SEP holders which have not joined any entity.  This has led to a lot of uncertainty as to not only the total cost to implement LTE for automakers, but also who to pay.

The brewing connected-cars war over 4G/LTE.

The game theory has become very interesting for Avanci and other licensors since they can use (the threat of) litigation to compel automotive manufacturers to negotiate.  Using its BMW licence as a benchmark, Avanci is attempting to set its FRAND rate for the entire automotive industry.  Unfortunately, automotive companies that feel like the rate is too high will face the threat of litigation with little certainty as to what the actual worldwide FRAND rate might be. That puts pressure on implementers to settle now to on unfavourable terms than take the risk.

This is not a unique situation though.  Broadcom recently threatened to enjoin Volkswagen from selling cars in multiple international jurisdictions if it did not pay over $1 billion.  That case settled for an undisclosed amount, but suggests that litigation works and licensors can force the automakers to the table.  While it remains to be seen if and how US jurisdictions will react to the Unwired appeal decision, it is worth noting that the TCL v Ericsson case is on appeal, therefore there is no certainty the top-down approach will prevail.

Luckily, Unwired Planet wasn’t all bad news for implementers.  The high court noted that, despite the hearty endorsement of worldwide comparative licence damages model, “a FRAND license should not prevent a licensee from challenging the validity and essentiality of licensed patents.”  It seems validity and essentiality challenges go hand-in-hand with the future of licensing through patent pools.

Given all this uncertainty, what is needed now are tools that everyone - licensors and licensees - can use to decrease uncertainty and break the type of logjam of licensing which currently exists. Tools that could provide a more objective way to calculate FRAND, as well as give an independent assessment of a licensor’s validity and essentiality which all could agree on. By providing transparency and a verifiable way to assess value, it might just be possible to get everyone on the same page.  This will increase the flow of licences and implementations by providing certainty as to cost.