All the big life sciences IP developments in June 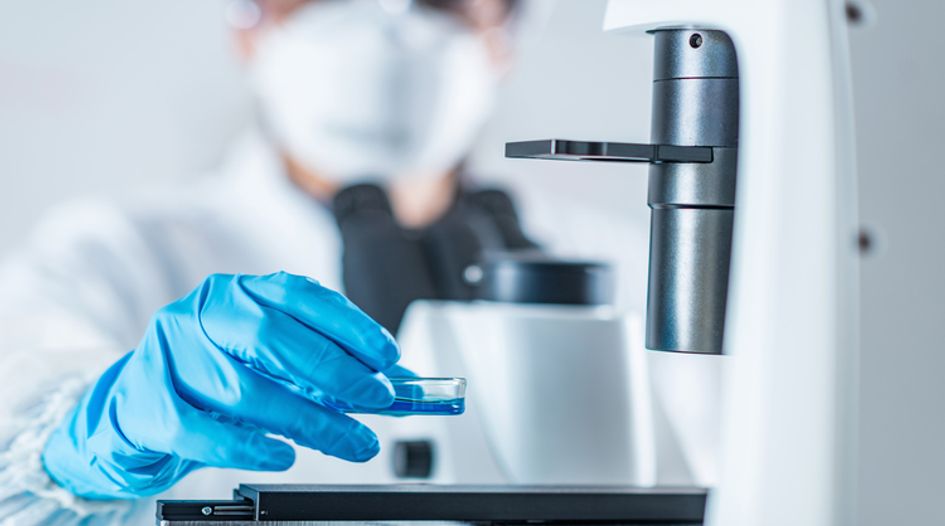 New CRISPR-Cas9 interference adds to uncertainty surrounding the technology – The USPTO launched a second interference involving warring CRISPR-Cas9 innovators the Broad Institute and the University of California, IAM reported. The two parties were previously involved in another, widely publicised, proceeding to determine whether the Broad’s rights interfered with a patent application by UCal. The latest development adds another layer to the confusion surrounding the future of the technology’s patent landscape.

Arrow declaration setback for Pfizer – In one of only a handful of decisions on applications for Arrow declarations, the UK High Court refused to grant relief to Pfizer, which was seeking to pre-emptively protect its bevacizumab biosimilar against infringement actions that may be brought by Roche. First granted in 2017, Arrow declarations immunise a product from potential patent infringement litigation by affirming that it would have been obvious or lacked novelty at a particular date. Despite its rejection of Pfizer’s request, the decision contained much to reassure potential applicants for Arrow relief, as noted in this IAM article.

Eli Lilly seeks Supreme Court intervention in dispute with “shadowy non-practicing entity” – Eli Lilly petitioned the US’s highest court to review the Federal Circuit’s decision upholding a $20 million patent infringement damages award against it. Lilly’s losses resulted from a dispute with Erfindergemeinschaft Uropep GBR, a German patent holder that it describes as a “shadowy non-practicing entity”, over the pharma company’s Cialis treatment. The German organisation’s patent is the result of a “particularly egregious example of functional claiming”, Lilly argues.

Federal Circuit upholds invalidation of Mayne Pharma patent – The US Court of Appeal for the Federal Circuit passed down its judgment in Mayne Pharma v Merck Sharp & Dohme, affirming the Patent Trial and Appeal Board’s (PTAB’s) decision to invalidate Mayne’s patent 6,881,745. The PTAB’s ruling was made despite the patent owner’s objection that all real-parties-in-interest (RPI) were not named in Merck’s inter partes review petition. As Arent Fox’s Jeff Vockrodt wrote for IAM, the appellate court found that the board did not err in allowing Merck to add MCI to its petition. It opined that: “Unwinding the proceedings based on a strict view of real-party-in-interest disclosure requirement would be at odds with the PTO policy…to secure the just, speedy, and inexpensive resolution of every proceeding.”

Dana-Farber sues Bristol-Myers Squibb over immunotherapy revenues – Following a recent court victory establishing it as co-owner of six patents covering revolutionary immunotherapy technology, the Dana-Farber Cancer Institute has sued its fellow PD-L1 innovators Bristol-Myers Squibb and Ono Pharmaceuticals. Having filed its complaint on 21st June in the District Court for the District of Massachusetts, it claims that the defendants have “unfairly deprived” it of the opportunity to grant royalty-bearing licenses and “robbed” their lawful co-owners of revenue.

AbbVie snaps up Allergan in $63 billion deal – AbbVie announced it was buying Allergan for the equivalent of $188 a share. This is the second most valuable M&A deal of 2019, after Bristol-Myers Squibb’s $74 billion buyout of Celgene  As IAM reported, there are seemingly few synergies between the two companies’ assets and the deal looks to be an opportunistic attempt to find a quick fix for the Humira patent cliff facing AbbVie.

Bristol-Myers to offload blockbuster drug to satisfy antitrust commission – Bristol-Myers Squibb announced that it plans to sell off psoriasis treatment Otezla as part of the process of completing its mega-acquisition of Celgene. The move came in response to Federal Trade Commission scrutiny of the deal for potential antitrust problems. It means that the new combined company – which will be formed as the result of Bristol-Myers’ $74 billion buyout – will not own the blockbuster drug, which generated $1.6 billion in 2018. The decision also likely means that the deal – this year’s largest M&A agreement so far – will take until 2020 to complete.

Array acquisition shows oncology assets continue to drive pharma transactions – Pfizer bought cancer treatment specialist Array Biopharma for $11.4 billion, its biggest purchase since 2016 and the company’s first major transaction under new CEO Albert Bourla. As this IAM article explained, the deal is the latest illustration of the crucial importance of oncology patent assets to the biopharma marketplace, which only looks set to increase.

Roche has largest biotech portfolio – Exclusive IAM data analysis shone a light on the major players in the biotech patent landscape. Roche leads the way among pharmaceutical companies in terms of biotech patent holdings, with Novartis in second place. The Swiss company was also the top applicant for biotech-related patent filed at the EPO. The biotech sector is of growing importance to Big Pharma companies in terms of R&D and M&A.

China publishes new draft of patent law amendments – Following the unveiling of the first draft of the country’s proposed patent law amendments back in December, China released a new draft of the bill, which it is expected to will closely resemble the final version of the legislation. The amendment will introduce a good faith requirement aimed at curtailing the activities of patent trolls, but will increase damages awarded for infringement and will shift more of the burden of proof on to the alleged infringer. As with the earlier draft, the amendments do not include the creation of a patent linkage system, which would significantly benefit drug patent owners, and was previously put forward by IP reformists in the Chinese government. For in-depth analysis of recent IP reforms in China, and what they mean for the life sciences sector, see this recent IAM article.

Rubio proposals a concern for pharma rights holders – IAM reported on US Senator Marco Rubio’s proposals to bar certain patent owners from seeking relief under US law. The proposal – made against the background of debate surrounding Huawei and its use of the US legal system – has been poorly received by the country’s IP practitioners and could threaten the interests of life sciences innovators.

US strategy for state-owned patents comes under the microscope – Two US Senators asked the Government Accountability Office to review how the Department for Health and Human Services manages the drug patents it owns as the result of state-funded medical research. The request was made amidst controversy over the high price of Gilead’s Truvada PrEP treatment for the prevention of HIV – which is said to be covered by state-owned patents - and suggests that the government’s own approach to be a patent owner may come under greater scrutiny in the years to come.

Bill proposed to curtail ‘evergreening’ – US legislators Doug Collins and Hakeem Jeffries (a Republican and a Democrat respectively) tabled a bill aiming to help reduce drug prices by supposedly making it more difficult for pharmaceuticals companies to obtain patents for trivial incremental innovations relating to already existing drugs. The Terminating the Extension of Rights Misappropriated (TERM) Act would transfer to the rights holder the burden of proving that any secondary drug patents cover patentably distinct innovations.

Life sciences patents discussed during 101 reform hearings – The US Senate held its third and final hearing on a draft proposal to reform section 101 of the US patent statute, which defines eligible subject matter. The draft seeks to remedy what is seen by many as the excessively restrictive interpretation of the country’s courts by getting rid of judicial exceptions such as “abstract ideas”. Life sciences innovators, especially in the area of diagnostic methods, have been among those who are thought to lose out under the current jurisprudence, and will have paid close attention to proceedings. Also of interest to the biotech industry is the question of whether the human genome itself would become patentable under the proposed law – a question Senators grappled with during the hearing.

Senate committee approves four drug-related bills – The US Senate Judiciary Committee voted to send four proposed laws aimed at lowering drug prices to the Senate floor. These include the PACED Act, which would block patent owners from asserting sovereign immunity claims in the process of defending drug patents from validity challenges; and the Affordable Prescriptions for Patients Act of 2019, which seeks to prevent anticompetitive behaviours partly by prohibiting certain behaviours categorised as ‘patent thicketing’ on antitrust grounds. The other two bills are the Prescription Pricing for the People Act of 2019 and the Stop STALLING Act.