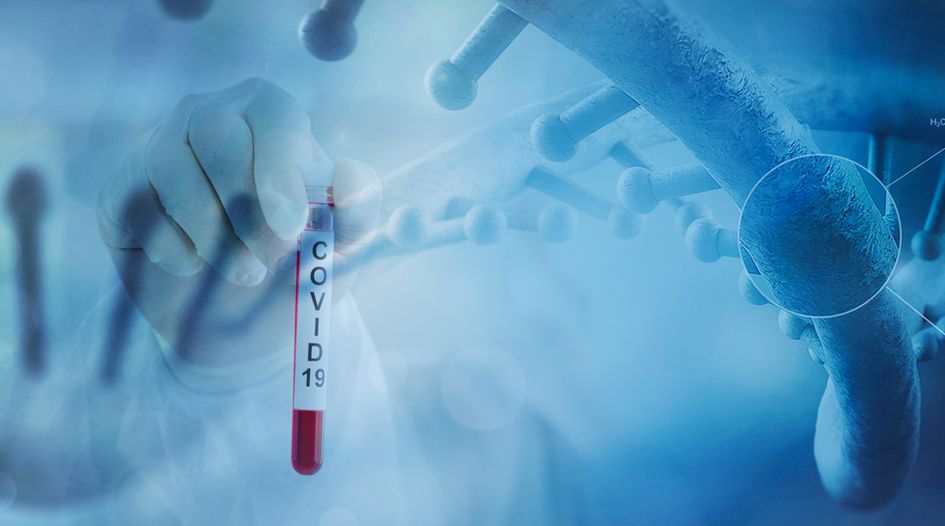 As we reported late last week, the Fortress IP group has brought its first infringement suit using patents that it picked up from the stricken biotech company Theranos in a deal struck at the end of 2017.

The investment giant has accused the diagnostics business BioFire and its parent company BioMérieux of infringing two patents. Both name Theranos co-founder Elizabeth Holmes as an inventor.

Having filed the suit in Delaware district court on 9th March, Labrador Diagnostics - the Fortress subsidiary that has brought the case - announced earlier today that it would grant “royalty-free licences to third parties to use its patented diagnostics technology for use in tests directed to COVID-19”.

The move came after French headquartered BioMérieux had announced, two days after the Fortress case was brought, that it was launching three coronavirus tests in response to the COVID-19 pandemic. According the company’s statement, one test should be available by the end of this month.

BioMérieux also revealed that it is working on “a fully-automated test based on the BIOFIRE FILMARRAY technology with the support of the US Department of Defense”. In its lawsuit, Fortress has taken aim at several FilmArray machines for allegedly infringing the former Theranos patents.

The announcement from BioMérieux has clearly prompted Labrador Diagnostics to act. Its own statement states that: “Labrador wants to make clear that the lawsuit was not directed to testing for COVID-19. The lawsuit focuses on activities over the past six years that are not in any way related to COVID-19 testing.”

Labrador then points out that BioMérieux’s statement came two days after the lawsuit was filed. The NPE claims that it had “no prior knowledge of these activities by the defendants”. When it learned of the tests it immediately wrote to the defendants to offer them a royalty-free licence, the statement concludes.

While Labrador acted quickly, as my colleague Jacob Schindler highlighted on Twitter, the news that BioMérieux was working on possible tests had actually been reported by the time the case was filed, with this article from 5th March revealing that the company had two under development.

As the COVID-19 pandemic continues to develop, the Fortress lawsuit is a lesson to anyone asserting rights in the life sciences sector to tread very carefully to ensure they are fully aware of whether their case affects how health authorities and companies respond to the virus. For defendants, the coronavirus might prove to be an interesting get-out strategy - at least as a means of affecting public perceptions of the suit in question. That could be very handy when it comes to judges and, in the US, juries deciding outcomes.