Applying the doctrine of equivalents in Russian pharma 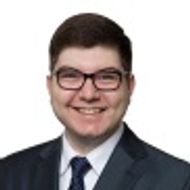 A patent’s scope of protection is determined by the specific wording of its claims, which are understood in the context of the patent disclosure. Patent offices and courts therefore construe the words of these claims to determine the breadth or scope of protection. However, a purely literal reading of the claims gives a well-defined, but limited scope of protection (eg, a claim to a specific drug formulation will cover this and nothing more). This reading of the claims therefore creates the potential for third parties to design around the patent in a manner that still uses the essence of the patented invention.

The doctrine of equivalents, found in many jurisdictions across the globe, attempts to address this problem. It creates the potential for a patent claim to extend beyond the claim’s literal interpretation by including things that are considered to be equivalent to its wording. This is in order to impede infringers who try to avoid blatant infringement (ie, literal wording) by making minor changes to the claims. As a judge famously observed, it is a way “to temper unsparing logic and prevent an infringer from stealing the benefit of the invention”.

The doctrine in Russia

Despite the absence of specific legal regulations or guidance, Russian courts generally determine that a variant is an equivalent if:

On the whole, Russian courts take a rather strict approach to assessing equivalence. Further, the doctrine is common in the mechanical field but not ordinarily applied in pharmaceutical cases. As a rule, the evaluation of a technical result or technical effect, which is achieved by the product if one feature is replaced by another, plays a key role in determining equivalence. If a replaced feature exhibits or gives a product a new technical property, it cannot be considered equivalent.

With regard to infringement, there is a stronger case against an alleged infringer if the patentee is able to:

It is enough to provide information about the design, functions, structure, properties and other characteristics of the technical features, confirming the possibility of using such a feature as equivalent in a specific patented object.

These practical steps are recommended when drafting a patent application in Russia:

To facilitate the application of the doctrine of equivalence, the working principle and technical effects of each embodiment and of the distinguishing technical feature should be described in as much detail as possible.

However, it is important to note that the application of the doctrine of equivalents in the Russian pharmaceutical sector is still significantly unpredictable, largely because it has not often been evoked. Because of this, patentees prefer challenging a regular, more outright infringement. When drafting patents in this country, it is best to recite as much about the preferred embodiments as possible in the independent claims because only independent claims can be considered for enforcement, and therefore the  ability to apply the doctrine of equivalence is diminished and it helps to avoid the uncertain application of the doctrine and to increase the chances of finding regular infringement.