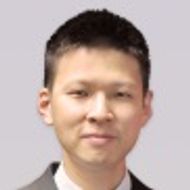 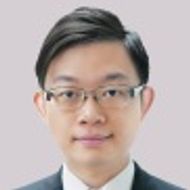 A proper apology can be a useful way to manage and minimise a dispute. However, lawyers usually advise against apologies as they may constitute admission of liability to the detriment of the apologiser and jeopardise insurance protection.

The Apology Ordinance (Cap 623 of the Laws of Hong Kong) came into effect in December 2017. It is the first apology legislation in Asia and prevents an apology from constituting admission of liability to its maker’s detriment. It enables parties in Hong Kong to use an open apology to resolve disputes.

The ordinance excludes an apology from being admissible evidence for determining fault, liability or other issue in connection with a matter (where an apology was made) against the apologiser; such protection extends to all civil disputes (except criminal disputes) and most disciplinary and regulatory proceedings.

However, while an admission of liability is prohibited under most insurance contracts, the ordinance expressly provides that an apology does not void or otherwise affect any insurance, compensation or other form of benefit under a contract of insurance or indemnity; it offers comprehensive protection when an open apology is made.

The ordinance broadly defines ‘apology’ as an expression of regret, sympathy or benevolence relating to a matter, which may be made orally, in writing or by conduct. However, it also includes any part of an expression that expresses or is an implied admission of fault or liability relating to that matter, or a statement of fact relating to that matter. Therefore, the ordinance encourages the use of an open apology to resolve disputes and places no restrictions on the means or forms of apology that are protected.

This notwithstanding, a degree of discretion remains with the ruling authority in the proceedings (eg, the court, tribunal or arbitrator). Under the ordinance, in exceptional cases the ruling authority may exercise its discretion to admit a statement of fact contained in an apology as evidence in the proceedings, but only if it is satisfied that it is just and equitable to do so in the public interest or in the interests of the administration of justice.

As the ordinance provides only a brief definition of an 'exceptional case' – namely, “where there is no other evidence available for determining an issue” – how and when such discretion should be exercised remains unclear; future decisions may provide useful clarification.

While an apology may help to address parties’ emotions during a dispute, its prevention from constituting admission of liability under the new ordinance is a welcome development.