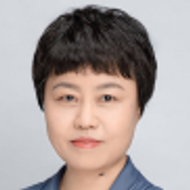 The Beijing IP Court’s finding of novelty and inventiveness with regard to an invention for transdermally administered ibuprofen has referential significance for assessing these factors in pharmaceutical preparation inventions and could pave the way for future similar decisions (for further details with regard to the invention claims, see here).

With regard to the assessment of novelty, the court took a holistic approach in considering the definition of all technical features in the claim, including that of the subject matter title per se of the product type. For the assessment of inventiveness, it analysed in detail whether there was technical teaching in the prior art as a whole, which aligns with the practice in the examination of inventiveness that the obviousness of the claims should be assessed by considering the prior art as a whole.

The patent examination guidelines state that in a novelty assessment, whether the invention is found to be identical with the prior art hinges on whether it is substantially the same as the prior art in terms of the following:

An assessment of obviousness hinges on the determination of the technical problem actually solved by the invention. To all appearances, pharmaceutical preparation invention is slightly different from the prior art and the distinguishing feature is likely to be misconstrued as common knowledge or conventional technical means in the field. In this case, the only difference between Claim 1 and Evidence 7 was that Claim 1 uses the compound in the form of salt instead of ester (to view the claims and evidence, see here). However, the invalidity decision and the court decision unanimously elaborated on the technical effect that the distinguishing feature could achieve in the technical solution of the invention based on the disclosure of Evidence 7 and the effect recorded in the patent, so as to identify the technical problem actually solved by the invention.

In terms of an assessment of obviousness, it is becoming more common to take the prior art as a whole in identifying technical enlightenment. In respect of the disclosed contents of Evidence 3, the plaintiff pointed out mere fragments of the evidence, thus it was unconvincing to determine whether the technical solution of the patent at issue was obvious relative to these contents alone. The Beijing IP Court, based on the evidence adduced by the patentee, not only took into account the difference between the testosterone pro-drug disclosed in Evidence 3 and the technical solution of the invention, but also demonstrated the teachings given in Evidence 3 in combination with the structures of other compounds disclosed in the evidence, which led to the finding that the patented technical solution is not obvious.