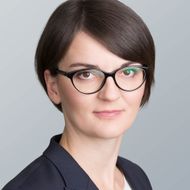 The Polish Supreme Administrative Court has ruled that the payer must collect withholding tax on the amount paid for the unlawful use of an unregistered Community design. This constitutes a licence fee, because – as the court pointed out – under the Organisation for Economic Co-operation and Development (OECD) Model Tax Convention on Income and Capital – it is assumed that licence fees also come from a tort (ie, from unlawful activity (Case II FSK 490/17)).

The issue in the case was the problem of qualifying the funds paid to a German company by a Polish company in the context of the latter’s obligations as a withholding tax payer.

The Polish company, as part of its business activity, offered and sold bedding, tablecloths and pillow cases with a printed pattern. In 2015 the applicant received a call from a German company to cease infringing the rights to the pattern, which constituted an unregistered Community design protected under the provisions of the Community Designs Regulation (6/2002). As a result of the negotiations, the parties concluded a settlement in which the German company undertook not to sue the Polish company, waived the claims related to the Polish company's violation of its design rights and claims related to legal expenses in Poland that were connected to the settlement. The Polish company fully retained the right to revenue from the sale of the products obtained until June 2015 and also undertook – on the basis of a settlement – to pay the sum of €13,000 to the German company within 10 days of signing the settlement and destruction of unsold goods until 22 June 2015 of products bearing the pattern.

The Polish company then applied to the Minister of Finance for an interpretation  of the relevant tax laws. According to the company, it was not obliged to collect a flat-rate income tax, as referred to in Article 26 Paragraph 1 in connection with Article 21(1)1 of the Corporate Income Tax Act (15 February 1992) (Journal of Laws of 2014, Item 861, as amended) on the amount paid to the German company. In the Polish company’s opinion, the amount paid constituted typical compensation for damage resulting from the infringement of the rights to an unregistered Community design protected under the provisions of the regulation, thus it was not subject to corporate income tax. Accordingly, the Polish company claimed that, as a potential payer, it was not obliged to collect a flat-rate income tax in this respect.

The Supreme Administrative Court, in its decision dated March 2019, shared the authority's position that the payment of compensation for unlawful violation of industrial design rights falls within the concept of a licence fee, which means that the obligation is on the taxpayer with regard to withholding tax.

When justifying its decision, the Supreme Administrative Court referred to the provisions of an international agreement concluded between Poland and Germany on the avoidance of double taxation in the field of income and property taxes, signed in Berlin on 14 May 2003 (the Bilateral Agreement) and the OECD Model Convention on Income and on Capital. Article 12(3) of the Bilateral Agreement states that:

In the Supreme Administrative Court's opinion, the provisions contained in the Bilateral Agreement in this respect are the same as the broad definition of ‘royalties’ provided in the OECD convention.

According to the interpretative guidelines resulting from the commentary to Article 12 of the OECD convention, ‘royalties’ within the meaning of double taxation treaties relate to remuneration paid for the use of, or the entitlement to use the abovementioned rights, regardless of whether they are registered in the relevant public registers. They cover payments that were made as a result of licence agreements and as a compensation for unlawful infringements of these rights. In principle, royalties in respect of licences to use patents and similar property and payments are income to the recipient from a letting.

Taking these guidelines into account, the Supreme Administrative Court decided that the amount due under the contract on the basis of the unanimous will of the contracting parties and the amount arising from tortious liability should be qualified as revenue under Article 12(3) of the Bilateral Agreement. For this reason, a payment of compensation for unlawful infringement of industrial design rights falls within the concept of licence fees and creates the taxpayer's obligation with regard to withholding tax.